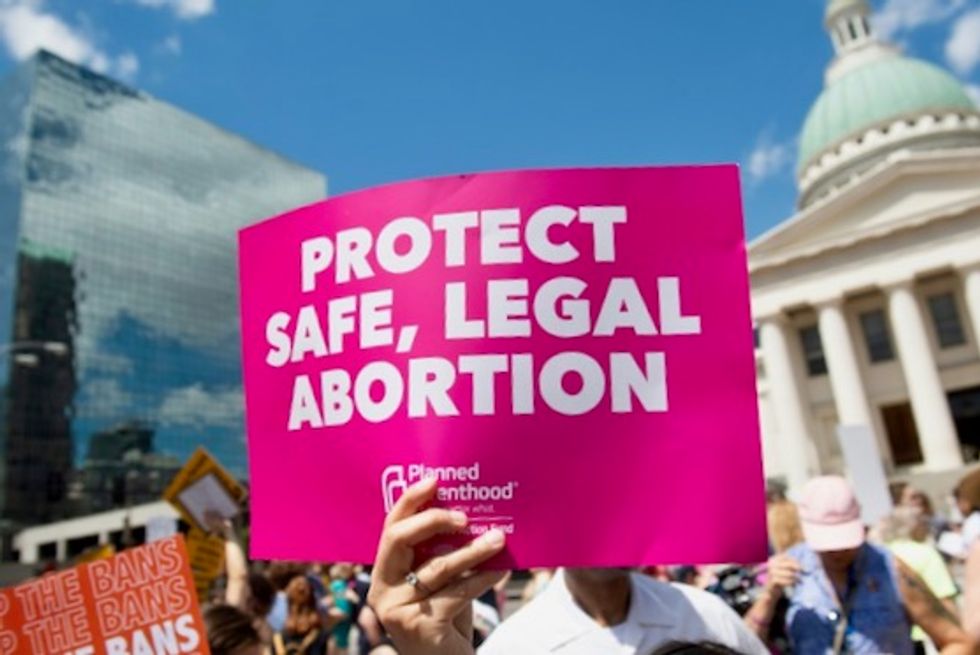 Nine states have passed laws in 2019 alone that restrict abortion at the earliest stages of pregnancy. Those of us who study public health are becoming increasingly concerned about the potential for negative health consequences of these kinds of policies on women.

That’s because research has shown that laws limiting reproductive rights and services put women’s health and well-being at risk in many ways. This can be from increasing the likelihood of unsafe procedures to causing long-term mental and physical health damage by forcing the continuation of unwanted pregnancies.

Public health scholars and international human rights organizations consider reproductive choice and access to a full range of reproductive health care services to be a fundamental human right. They also consider it a necessity for women’s equal citizenship and full participation in social, political and economic life. That’s why many people, including myself, view restrictions on abortion as sexist.

But what if the problem goes even deeper than reproductive rights? What if sexist social arrangements, including – but not limited to – restricted abortion access, can have harmful health consequences? And what if the consequences of sexism are felt by an entire society – not just women?

These are the questions that led me to conduct a recent study, published in the American Sociological Review.

Structural sexism and health in the US 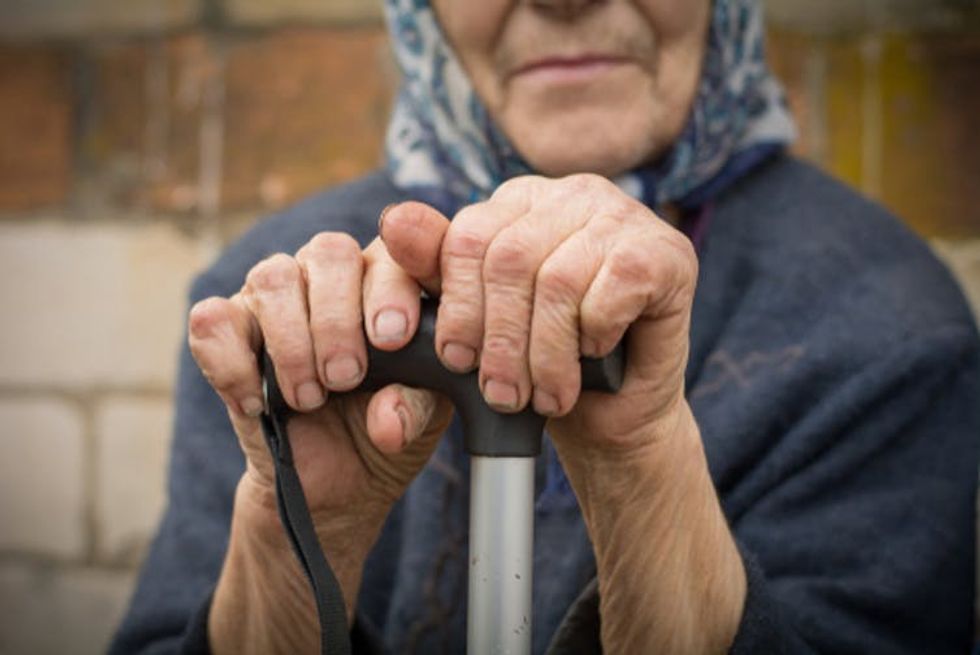 Structural sexism, which includes restrictions on reproductive rights, is linked to worse health for men and women, a new study suggests.

To answer these questions, I developed a concrete way to measure a new concept I call “structural sexism.” This is the degree of systematic gender inequality in power and resources to which someone is exposed. For example, working in a company or industry with very few women in powerful leadership roles represents exposure to structural sexism in the workplace.

Sexist misbehavior by individuals, such as sexual harassment, is typically obvious. But structural sexism can be more subtle. It often goes unnoticed because it is systemic rather than interpersonal.

I took advantage of the fact that different U.S. states have different laws, policies and institutions, some of which create more gender inequality than others. Then I looked at whether and how sexism is making people sick.

To determine the level of structural sexism in each state, I combined a measure of abortion access with several other state-level measures designed to capture the degree to which men and women are unequal. I looked at three additional arenas of society – political, economic and cultural.

These measures included the gender wage gap; gender differences in labor force participation and poverty rates; the proportion of state legislature seats occupied by men; the prevalence of religious conservatives in each state (which is linked to traditional gender roles and the exclusion of women from leadership positions); and the proportion of women who live in a county without an abortion provider. Higher values on each of these measures indicates higher structural sexism in a given arena. I added these measures together to reflect the overall level of sexism in each U.S. state.

In order to explore how structural sexism affects people’s health, I used health and demographic information for a sample of more than 3,300 U.S. adults from the National Longitudinal Study of Youth 1979. This study is ongoing and has followed individuals since their late teens or early 20s. I used data from the years 1998 through 2012 to observe the health consequences of structural sexism when people reached ages 40 and 50. Studying this midlife period is important because it is when health problems start to emerge.

I found that higher levels of overall structural sexism in a state resulted in worse health outcomes for both women and men alike.

Those living in states with the highest levels of structural sexism, such as Utah, Wyoming, Mississippi, Louisiana and Oklahoma, reported higher levels of chronic conditions, worse self-rated health and had worse physical functioning at age 40 and 50.

So it’s not only women’s health and bodily autonomy that are at risk when states pass new abortion restrictions. Everyone’s health could potentially be harmed because these laws disempower women and contribute to sexist social environments that can make everyone sick.

Why is sexism bad for health? 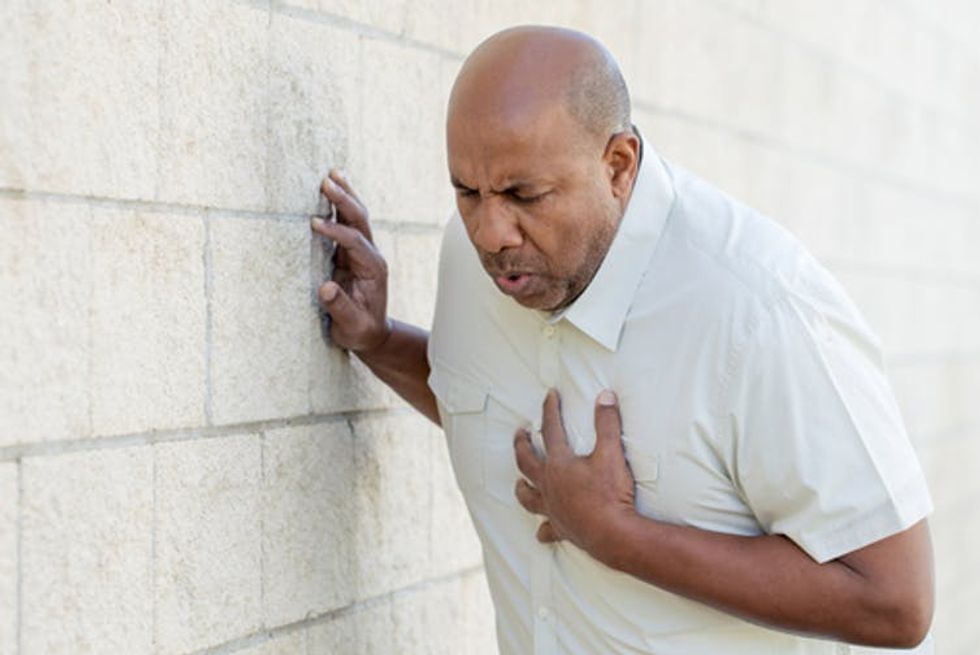 Cardiovascular disease was one of the diseases shown to be more prevalent in states that have more structural sexism, according to a recent study.

Understanding why structural sexism would be harmful for women’s health is relatively straightforward. We typically think of women as the victims of sexism. Living in a more sexist environment is likely to reduce women’s access to health-promoting factors like financial resources, high-quality health care, self-esteem, autonomy and social support. Structural sexism is also likely to increase women’s exposure to health-harming factors like violence, discrimination and harassment, stress and poor working conditions.

But it may seem less obvious why structural sexism in state environments would also harm men’s health. Many people have theorized that men benefit from the subordination of women.

I wasn’t too surprised, however, to discover that sexism hurts men too. For one, research on other types of structural inequality and health, including structural racism and wealth inequality, has shown that inequality can harm everyone in a society. Inequality can damage social relationships, increase competition for dominance, undermine the social fabric and make the entire society less safe, less productive and less healthy.

Second, studies of masculinities and men’s health suggest patriarchal social systems can foster a toxic culture that harms men as well as women. Pressure to be tough or macho can lead men to engage in risk-taking and unhealthy behaviors, like substance use and violence, and to avoid going to the doctor for necessary health care.

Finally, research in the developing world shows that gender equity is vital for economic development and poverty reduction. It is also important for improvements in population health. When women are empowered, they often influence social policy in ways that promote education, health care, social programs and other expenditures that improve health for the entire population – not just for women.

If structural sexism is bad for everyone’s health, what can society do about it?

The key implication of my research on structural sexism is that gender inequality in the U.S. is not only a human rights issue, but also a public health problem. Gender equity policy is also smart health policy.

Any public policy that aims to protect and expand access to reproductive health services, increase women’s political representation, close the gender wage gap or otherwise promote gender equity also has the potential to improve health for everyone – regardless of their gender.