Rick Wilson obliterates Dems for letting Lewandowski get away with stonewalling: 'So bad it makes me cringe' 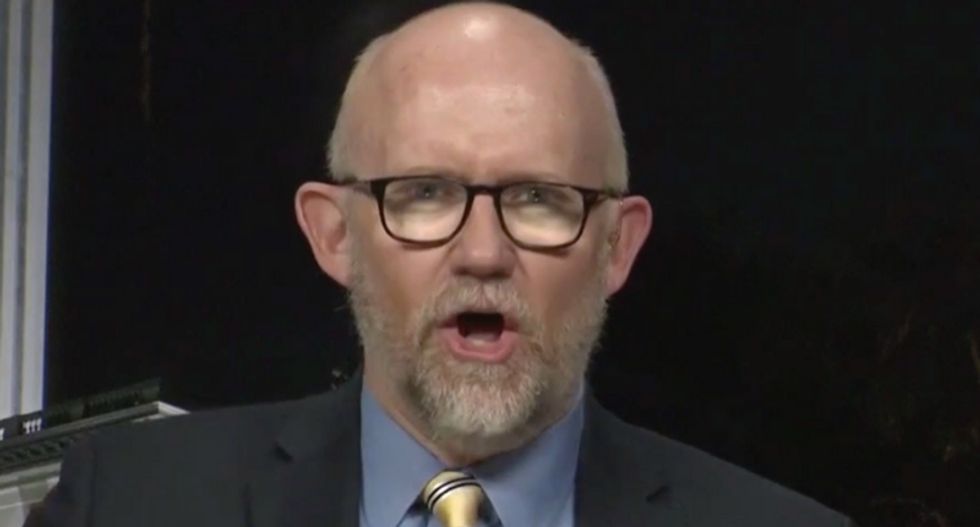 After witnessing a House Judiciary Committee hearing that quickly devolved into a circus with Lewandowski stonewalling and evading questions, Wilson unloaded on Democrats for failing in their basic responsibilities in governmental oversight.

"This is outrageous contempt," Wilson wrote. "It isn't just that this scumbag Lewandowski is slapping the committee with it. This is a test, and the Democrats are going to fail it. They're so bad at this it makes me cringe."

Wilson went on to say that Democrats have shown they have no idea how to deal with a group of amoral Trump stooges who every day flout norms and conventions.

"How much insult and contempt to do you need? How much obstruction and evasion is enough?" he asked rhetorically. "Are you going to let this go? Of course you are. Trump and the House GOP are playing nuclear hardball and you idiots are at high tea. They're not bound by law or norms."

Wilson then encouraged Democrats to slap the cuffs on Lewandowski simply to demonstrate that they are part of a coequal branch of government that deserves to be respected.

"I don't care about the *legality* of 'Sargent at arms, take that man into custody,'" Wilson wrote. "I care about the *drama* and the visual. He's obviously in contempt. By letting him escape the consequences of contempt, the House Democrats send the clear signal that ANYONE from the WH can slap them, spit on the floor and say, 'Fuck you.'"