'The Donald Trump of fashion?': Culture wars rage on the Paris catwalk 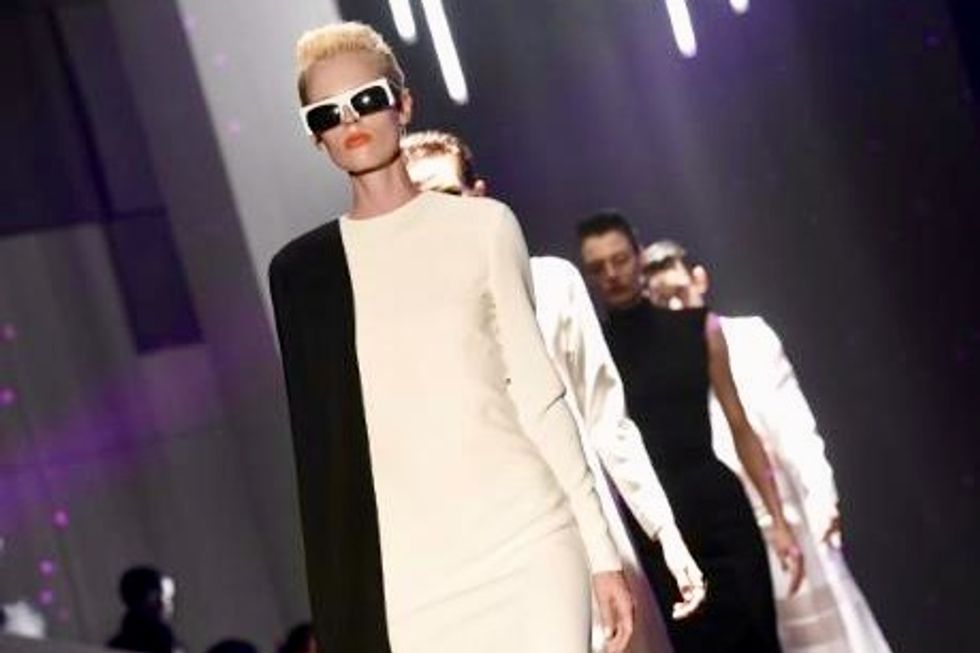 The culture war has come to the catwalk.

Divisions over race, gender and the climate crisis are bubbling to the surface in a world where political debate is usually about as welcome as bingo wings.

Two of Paris fashion's biggest stars, Hedi Slimane of Celine and Saint Laurent's Anthony Vaccarello, have both warned of a new "puritanism".

Slimane even fears that this "disguised neo-conservatism" is threatening "the fundamental liberty to create".

"Demagogic political correctness has become a kind of tragic tyranny of the literal," he declared in a rare interview last month.

Vaccarello went further on the eve of Paris fashion week, saying "it is impossible now to have an opinion that goes against" the herd.

The Belgian also railed against the "PR of quotas, which counts the number of people of colour in a show".

Her fans, known as the "Philophiles", savaged the reclusive designer, with the Hollywood Reporter asking, "Is Hedi Slimane the Donald Trump of fashion?" while the Financial Times branded his look "super-skinny and near exclusively white".

Both men's closeness to French screen legend Catherine Deneuve, who defended men's "right to pester women" at the height of the #MeToo movement, did not go unnoticed by their critics.

"You can't say or do anything anymore," Richard Rene of Guy Laroche told AFP after his show Wednesday, which celebrated a notorious Paris madam who pimped former models to visiting heads of state.

The contrast with Dior, which has become a standard-bearer of feminist activism under its first female designer, Maria Grazia Chiuri, could not be more stark.

Her debut show in 2016 opened with a T-shirt emblazoned with the slogan, "We Should All Be Feminists", and since then the Italian has not missed an opportunity to beat the empowerment drum.

On Tuesday Chiuri embraced climate activism and the need for action "if humanity is to survive", sending out models in Greta Thunberg plaits.

But the following day, the brand's billionaire owner Bernard Arnault, the world's second richest man, called out the Swedish teenager for "surrendering to total catastrophism... that is likely to demoralize the young. She doesn't offer anything other than criticism," he told reporters.

Minutes earlier the famously green British designer Stella McCartney, Arnault's new personal advisor on sustainability, had been urging executives of his LVMH group to factor the fight against climate change into their thinking.

Beyond Dior, Stella McCartney, rising young French upcycler Marine Serre and the American Rick Owens, a growing band of brands are banking on empowerment and the environment to win them a new generation of "woke", socially aware customers.

But Vaccarello, who prefers to sell on hard and fast sexiness, said a "witch-hunt atmosphere was marring... these anxiety-ridden times.

"Misogyny and racism are in the eye of the other," he insisted, pointedly closing his diverse Paris show Tuesday with black supermodel Naomi Campbell.

"That is obvious for everybody," he told AFP. "I am not judging people who have another point of view, but I don't feel the battle is finished.

"We still have to fight for the rights of women, for diversity and for homosexuality to be accepted, not just tolerated," he added.

"Sorry, if people think there's still not a fight for that, that's old-fashioned."