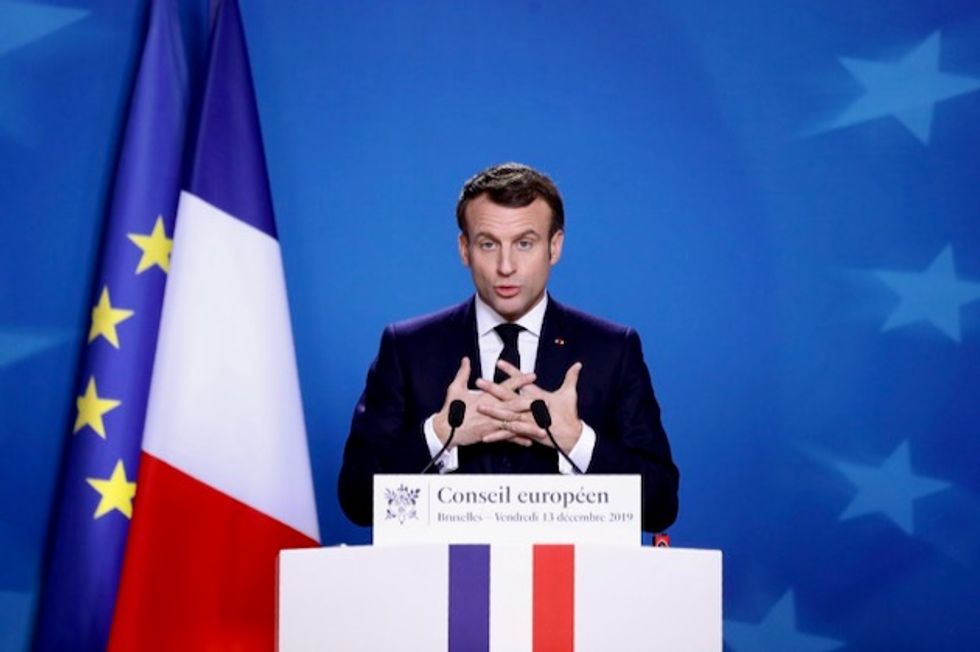 European leaders warned Friday that Britain could become a formidable rival, just hours after a big victory by Prime Minister Boris Johnson's conservatives all but sealed the UK's Brexit divorce.

But the EU chiefs, meeting in Brussels, also expressed relief that British voters had sent a clear message, bringing to an end the first phase of a crisis that has dogged Europe for more than three years.

Led by France and Germany, EU member states said they would pursue a swift trade deal with a tight deadline of end 2020, but insisted that any new arrangement must uphold European values and norms.

"There is no question of concluding a deal at any price," EU Council President Charles Michel told a news conference after the talks.

"Negotiations are over when the results are balanced and guarantee respect for the different concerns," the former Belgian premier said.

German Chancellor Angela Merkel warned that Britain would be an economic "competitor at our door" after it leaves the EU and French President Emmanuel Macron saw a threat that London would become an "unfair competitor".

This reflects concern that Britain could become a kind of "Singapore on Thames", a trading hub where multinationals can gain access to the EU's huge market without playing by its rules.

Brussels is also worried about the breakneck speed with which Johnson would like to strike a trade deal with Europe, as well as any British effort to undermine the unity among the remaining 27 members.

"The time frame ahead of us is very challenging," said European Commission President Ursula von der Leyen, who will pilot the talks with her chief negotiator, Michel Barnier.

With Brexit now expected on January 31, on the "first of February, we go to work," she said.

In a text released after the talks, the 27 EU leaders called for "as close as possible a future relationship with the UK" while warning that it "will have to be based on a balance of rights and obligations and ensure a level playing field".

Barnier will direct trade negotiations, which the leaders will follow closely "and provide further guidance as necessary, fully consistent with the EU's best interest," conclusions added.

The deadline currently stands at the end of 2020, but Johnson has until July 1 to ask for a one or two year extension to the post-Brexit transition, although he insisted throughout his campaign that he would never take this an emergency option.

If he refuses to extend the negotiation period, a no-deal Brexit will loom at the end of 2020, with Britain in danger of an abrupt cut in trade ties with Europe, endangering its economy.

With the clear win, leaders hailed the end of three and half years of Brexit chaos, including three delays.

"A lot of remainers voted for Johnson because they were fed up. They wanted clarifications," said Luxembourg Prime Minister Xavier Bettel.

And Spanish Prime Minister Pedro Sanchez added: "Politically, it is a loss ... but now we must have the best relations possible, and that is what we will do over the next 11 months.

"We want relations to be as close as possible, but we'll take care that they respect the rules of the single market," he warned.