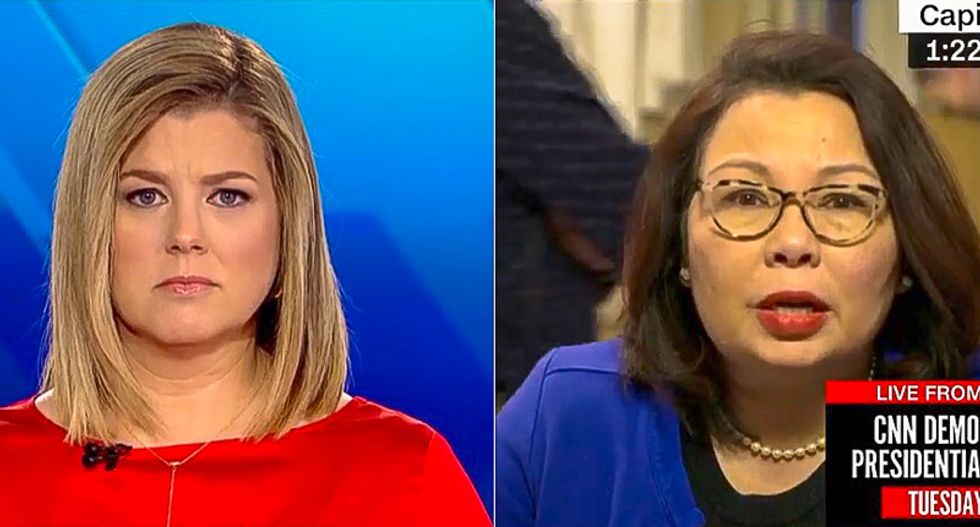 Sen. Tammy Duckworth (D-IL) fired back at Rep. Doug Collins (R-GA) on Thursday after he suggested that Democrats support terrorists.

During an interview with Duckworth on CNN, host Brianna Keilar noted that Collins had accused Democrats of being "in love with terrorists" because of their criticism over President Donald Trump's decision to kill an Iraqi general without consulting Congress.

"I'm not going to justify that with a response," Duckworth replied. "I left parts of my body in Iraq fighting terrorists. I don't need to justify myself to anyone."

The Illinois senator went on to says she was also "disgusted" with Collins for using Gold Star families as a political "pawn."