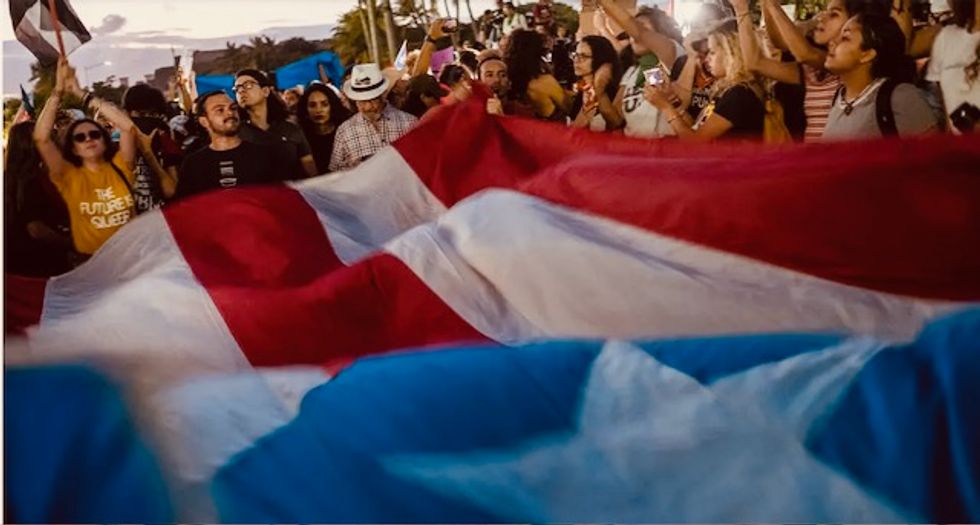 Puerto Ricans dealing with the effects of almost non-stop earthquakes since last month have begun to receive emergency supplies, the National Guard said Tuesday -- but the supplies were originally meant for hurricane victims two years ago.

The aid was found abandoned in warehouses in the US territory over the weekend, leading to protests and a judicial investigation.

On Monday, 10 of the towns most affected by the series of tremors received nearly 900 boxes of diapers, almost 1,400 cots, about 880 tarps and hundreds of boxes of batteries, gas stoves and bed sheets, among other items, Puerto Rico National Guard chief Jose Reyes said.

"The mission continues today," Reyes said, "and the supplies will also be sent to other areas" as a preventative measure.

About 5,000 people are living in open-air shelters, nervous after the more than 1,000 earthquakes that have struck the southern part of the island since December 28 and which have left hundreds of homes uninhabitable.

Residents were irate when two warehouses -- one in the southern city of Ponce and another near San Juan -- were found to be filled with thousands of abandoned supplies, apparently never used after Hurricanes Irma and Maria in 2017.

The storms' one-two punch left Puerto Ricans without power for months and killed nearly 3,000 people, according to the local government's official numbers.

"It is totally unacceptable what has happened," Secretary of Public Affairs Osvaldo Soto told journalists after the government on Tuesday made public an inventory of the warehouses.

A Facebook user had on Saturday posted video of one of the facilities filled with undistributed aid.

On Monday, hundreds called for Vazquez Garced's resignation during a protest in the capital of San Juan, where street demonstrations forced the resignation of her predecessor only six months ago.

US President Donald Trump has accused the Puerto Rican government of incompetence and siphoning off hurricane relief money, triggering a public spat between the president and San Juan's Mayor Carmen Yulin Cruz, as well as the governor Ricardo Rossello.

The Puerto Rican leaders accused Trump of treating the population of the island like second class citizens.