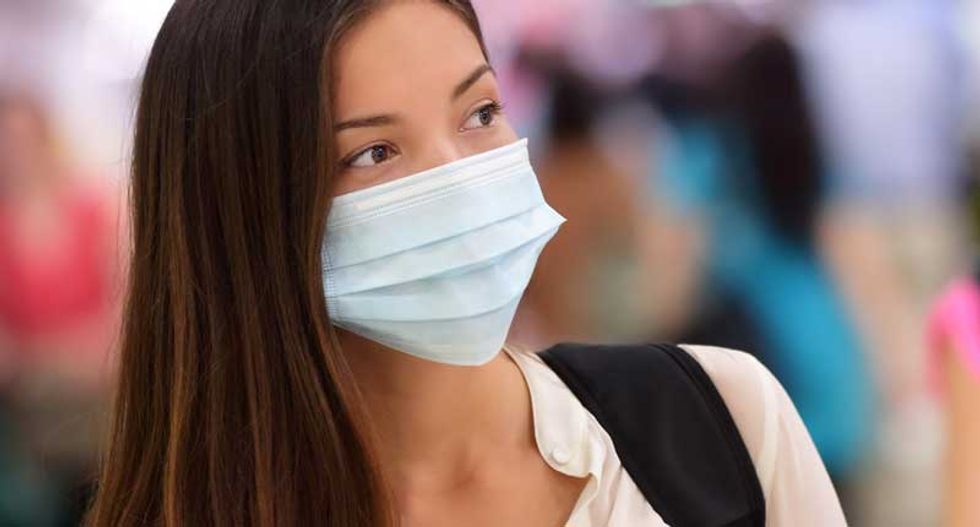 As the highly infectious coronavirus jumped from China to country after country in January and February, the U.S. Centers for Disease Control and Prevention lost valuable weeks that could have been used to track its possible spread in the United States because it insisted upon devising its own test.

The federal agency shunned the World Health Organization test guidelines used by other countries and set out to create a more complicated test of its own that could identify a range of similar viruses. But when it was sent to labs across the country in the first week of February, it didn’t work as expected. The CDC test correctly identified COVID-19, the disease caused by the virus. But in all but a handful of state labs, it falsely flagged the presence of the other viruses in harmless samples.

As a result, until Wednesday the CDC and the Food and Drug Administration only allowed those state labs to use the test — a decision with potentially significant consequences. The lack of a reliable test prevented local officials from taking a crucial first step in coping with a possible outbreak — “surveillance testing” of hundreds of people in possible hotspots. Epidemiologists in other countries have used this sort of testing to track the spread of the disease before large numbers of people turn up at hospitals.

This story is based on interviews with state and local public health officials and scientists across the country, which, taken together, describe a frustrating, bewildering bureaucratic process that seemed at odds with the urgency of the growing threat. The CDC and Vice President Mike Pence’s office, which is coordinating the government’s response to the virus, did not respond to questions for this story. It’s unclear who in the government originally made the decision to design a more complicated test, or to depart from the WHO guidance.

“We’re weeks behind because we had this problem,” said Scott Becker, chief executive officer of the Association of Public Health Laboratories, which represents 100 state and local public laboratories. “We’re usually up-front and center and ready.”

The CDC announced on Feb. 14 that surveillance testing would begin in five key cities, New York, Chicago, Los Angeles, San Francisco and Seattle. That effort has not yet begun.

On Wednesday, under pressure from health experts and public officials, the CDC and the FDA told labs they no longer had to worry about the portion of the test intended “for the universal detection of SARS-like coronaviruses.” After three weeks of struggle, they could now use the test purely to check for the presence of COVID-19.

It remains unclear whether the CDC’s move on Wednesday will resolve all of the problems around the test. Some local labs have raised concerns about whether the CDC’s test is fully reliable for detecting COVID-19.

In New York, scientists at both the city’s and state’s laboratories have seen false positives even when following the CDC’s latest directions, according to a person familiar with their discussions.

“Testing for coronavirus is not available yet in New York City,” city Department of Health spokeswoman Stephanie Buhle said in an email late Thursday. “The kits that were sent to us have demonstrated performance issues and cannot be relied upon to provide an accurate result.”

Until the middle of this week, only the CDC and the six state labs — in Illinois, Idaho, Tennessee, California, Nevada and Nebraska — were testing patients for the virus, according to Peter Kyriacopoulos, APHL’s senior director of public policy. Now, as many more state and local labs are in the process of setting up the testing kits, this capacity is expected to increase rapidly.

So far, the United States has had only 15 confirmed cases, a dozen of them travel-related, according to the CDC. An additional 45 confirmed cases involve people returning to the U.S. having gotten sick abroad. But many public health experts and officials believe that without wider testing the true number of infected Americans remains hidden.

“The basic tenet of public health is to know the situation so you can deal with it appropriately,” said Marc Lipsitch, professor of epidemiology at the Harvard T. H. Chan School of Public Health. He noted that Guangdong, a province in China, tested 300,000 people to find about 1,000 confirmed cases. “If you don’t look, you won’t find cases,” he said.

Janet Hamilton, senior director of Policy and Science at Council of State and Territorial Epidemiologists, said that with the virus spreading through multiple countries, “now is the time” for widespread surveillance testing.

“The disease,” she said, “is moving faster than the data.”

It remains to be seen what effect the delay in producing a working test will have on the health of Americans. If the United States dodges the rapidly spreading outbreaks now seen in Iran and South Korea, the impact will be negligible. But if it emerges that the disease is already circulating undetected in communities across the country, health officials will have missed a valuable chance to lessen the harm.

The need to have testing capacity distributed across local health departments became even more apparent Wednesday, when the CDC said it was investigating a case in California in which the patient may be the first infected in the United States without traveling to affected areas or known exposure to someone with the illness.

Doctors at the University of California, Davis Medical Center, where the patient is being treated, said testing was delayed for nearly a week because the patient didn’t fit restrictive federal criteria, which limits tests only to symptomatic patients who recently traveled to China.

“Upon admission, our team asked public health officials if this case could be COVID-19,” UC Davis said in a statement. UC Davis officials said because neither the California Department of Public Health nor Sacramento County could test for the virus, they asked the CDC to do so. But, the officials said, “since the patient did not fit the existing CDC criteria for COVID-19, a test was not immediately administered.”

After this case, and under pressure from public officials, the CDC broadened its guidelines Thursday for identifying suspected patients to include people who had traveled to Iran, Italy, Japan or South Korea.

The debate over whether federal, state and local officials should have already been engaged in widespread surveillance testing has become more heated as the virus has spread globally. The CDC had said the purpose of its five-city surveillance program was to provide the U.S. with an “early warning signal” to help direct its response. The cities were selected based on the likelihood that infection would be present, Hamilton said.

But Mark Pandori, director of the Nevada State Public Health Laboratory, which began offering testing on Feb.11, said surveillance testing may not be the best use of resources right now. “A lot of people look at lab tests like they are magic,” Pandori said. “But when you run lab tests, the more chances you have for getting false answers.”

There are other ways to expand the country’s testing capacity. Beyond the CDC and state labs, hospitals are also able to develop their own tests for diseases like COVID-19 and internally validate their effectiveness, with some oversight from the federal Centers for Medicare and Medicaid Services. But because the CDC declared the virus a public health emergency, it triggered a set of federal rules that raises the bar for all tests, including those devised by local hospitals.

So now, hospitals must validate their tests with the FDA — even if they copied the CDC protocol exactly. Hospital lab directors say the FDA validation process is onerous and is wasting precious time when they could be testing in their local communities.

Alexander Greninger, an assistant professor in laboratory medicine at the University of Washington Medical Center, said after he submitted his COVID-19 test, which copies the CDC protocol, to the FDA, a reviewer asked him to prove that his test would not show a positive result for someone infected with the SARS coronavirus or the MERS coronavirus — an almost ridiculous challenge. The SARS virus, which appeared in November 2002, affected 26 countries, disappeared in mid-2003 and hasn’t been seen since. The MERS coronavirus primarily affects the Middle East, and the only two cases that have been recorded in the U.S., in 2014, were both imported.

There are labs that can create parts of a SARS virus, but the FDA’s recommended supplier of such materials said it would need one to two months to provide a sample, Greninger said. He spent two days on the phone making dozens of calls, scrambling to find a lab that would provide what he needed.

Greninger said the FDA was treating labs as if they were trying to make a commercially distributed product. “I think it makes sense to have this regulation,’’ he said, when “you’re going to sell 100,000 widgets across the U.S. That’s not who we are.”

Commercial manufacturers are working to mass-produce coronavirus tests, but there isn’t a precise timeline for their release. The drug company Cepheid, based in California, is targeting the second quarter of this year for the release of its test, a company spokeswoman said in an email. Massachusetts-based Hologic didn’t have an estimated release date for its test, a company spokesman said. “We’re responding to the public health need as rapidly as possible,” the spokesman said.