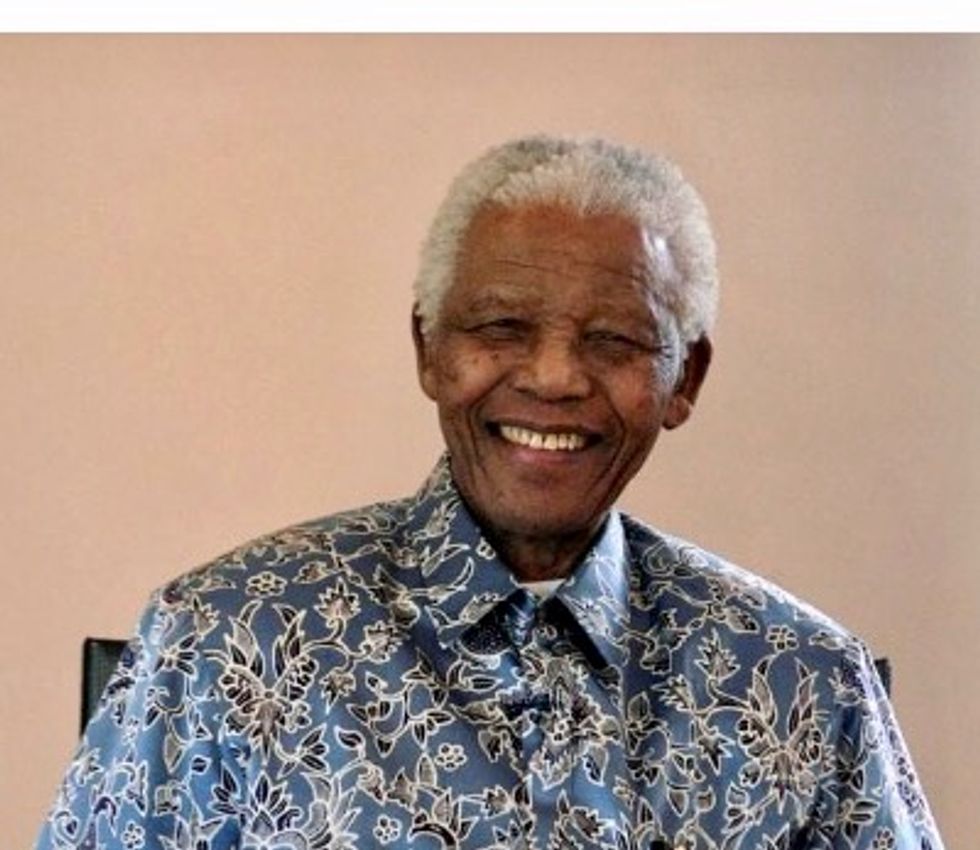 South African President Cyril Ramaphosa on Tuesday marked the 30th anniversary of Nelson Mandela's release from jail with an address from the spot where the anti-apartheid icon made his first speech as an awestruck Ramaphosa held the microphone for him.

On February 11, 1990, Mandela spoke from the Cape Town city hall to euphoric crowds, hours after his release from prison where he had spent more than 27 years.

It was Mandela's first major speech as a free man and a key moment in South Africa's rebirth as white-minority rule crumbled.

"The day Mandela was released was a day we all knew that apartheid was dead and finished. It was a moment where the world literally stood still," Ramaphosa told a thousand people gathered in front of the city hall.

"He stood here to speak and I held the microphone," said Ramaphosa, speaking in front of a giant statue of Mandela.

"Nothing could describe that brief second when that microphone crackled," he said.

"That was the moment everyone was waiting for -- Nelson Mandela's first words. And he uttered his first words 'I stand before you not as a prophet but as a servant of the people'".

"It will forever be remembered as one of the most memorable days in the history of the world," Ramaphosa said.

Mandela was sentenced to jail for life in 1964 for alleged sabotage.

He served 27 years, with stays on the notorious Robben Island off Cape Town, then in the Pollsmoor and Victor Verster prisons.

His release came days after the country's last apartheid leader F.W. de Klerk lifted the ban on the African National Congress and other liberation movements.

After 27 years, six months and six days in captivity, Mandela, then 71, walked free from his prison in Paarl where hundreds of ANC supporters had gathered to greet him, waving the party's black, green and gold flag.

Mandela and this then wife Winnie gave clenched-fist salutes to the cheering crowds as they made their way to a car and drove off in a police-escorted motorcade.

Ramaphosa, who was 37 at the time of Mandela's release, said the apartheid government came under immense pressure to free Mandela.

"It was not out of the kindness of F.W. de Klerk... It was not because he felt sorry for Mandela or that he was a kind-hearted man."

Ramaphosa, who delivers his state of the nation address on Thursday, admitted the country was facing "many challenges", including "high levels of unemployment,... the shameful killing of woman and girls, the stench of corruption."

This threatens to reverse our democratic gains," he said.

Lebona Motlatla, who listened to Ramaphosa's speech, said Mandela would not have been happy with the state of South Africa now.

"What Mandela meant with freedom for all, was food on the table and work for all," he told AFP.

"I think (Mandela would be) disappointed because there is a lot of corruption".

Mbuyi Nase was just a teenager in the Eastern Cape when Mandela gave his historic speech. He remembers hearing the news from his school principal about Mandela’s release.

"There was a vibe in our township. We experienced a lot of celebrations, " he said.

Mandela's release was followed by years tension-packed negotiations aimed at transferring power from whites to the nation's majority black population.

He would go on to become the country's first democratically elected president in 1994.

Mandela's "walk out of prison was to ensure Africa’s release from the prison of our minds. We no longer have to be held hostage to greed, poverty, and corruption," she said.