Many kids in the U.S. today attend public schools composed mostly of students of the same race. Aksinia Abiagam/Shutterstock.com

Editor’s note: The World Health Organization has declared a coronoavirus pandemic, and more cases have been announced in several states. School closings, such as the statewide closure of schools in Ohio, Oregon, Maryland, New Mexico and Michigan announced March 12, are often one of the actions that officials consider. Public health scholar Aubree Gordon explains why.

Children can catch the virus, SARS-CoV-2, which causes COVID-19, the disease that has infected more than 121,000 and caused more than 4,000 deaths. However, for reasons that we public health officials and physicians do not understand, most children do not seem to get very sick from the infection. In fact, some children may not display any symptoms at all.

In China, where the best clinical data are available, fewer infections were documented in children and teenagers than in older people. This same pattern was seen during the 2002-2003 outbreaks of SARS coronavirus, a virus that is closely related to SARS-CoV-2.

It is not clear whether children may be less susceptible to the virus, meaning that they are less likely to catch it, or if they just have milder symptoms than adults on average, and thus are less likely to be detected as cases. It’s also important to note that there have been no reports of fatal cases of COVID-19 in children under the age of 10. In older children and teenagers, there has only been a single documented death to my knowledge. So, kids are much less likely to get COVID-19 than adults and if they do catch it, they typically have mild illness.

2. What role do schools play?

Respiratory viral diseases are spread when people come into contact with one another. This means that any place where people gather in close proximity can lead to viral transmission.

One of the best ways that we have to help control epidemics or pandemics of viruses like influenza is to close schools. This is because children tend to be very susceptible to common human respiratory viruses. They shed, or pass on, virus at higher levels and for longer than adults, which makes them more likely to transmit the disease. And they typically have poorer hygiene habits than adults.

Thus, most countries’ pandemic plans include plans for school closures. But, it’s important to note that school closures are not guaranteed to reduce transmission. Timing of the closure is very important. Closures early in the epidemic are more likely to be effective, and they may be ineffective if children just gather in other locations. 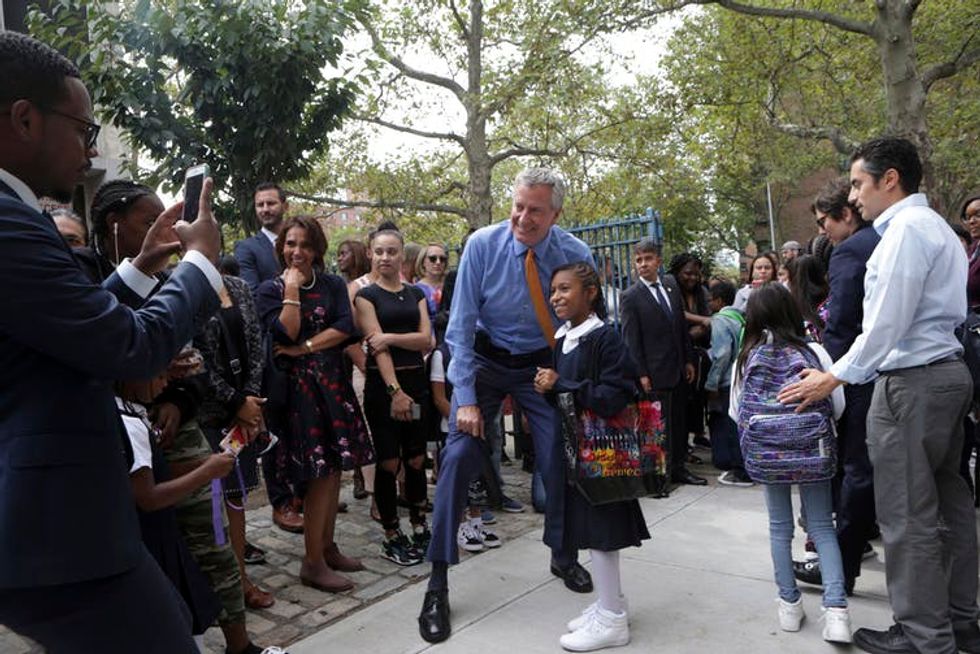 3. Why close schools if children do not get very sick with COVID-19?

While SARS-CoV-2 appears to rarely cause severe disease in children, it is still possible that children play an important role in transmission. It is important to note that people who have symptoms of respiratory diseases, such as coughing and sneezing, are generally considered to be more infectious than those who are not showing symptoms. That is because the virus spreads when a person coughs or sneezes.

COVID-19 transmits very efficiently, and people do not have pre-existing immunity. Without controls, a large proportion of the population will become infected in any area where the virus circulates. And because of the severity of this virus in older adults, this would cause substantial severe illness and death.

In areas where large outbreaks occur, the health system may become overwhelmed, leading to an increasing fatality rate for COVID-19 and an increase in deaths from all causes. The severity of the situation thus requires communities to do what they can to limit transmission.

4. If closing schools might help, why not just close them all now?

It is important to remember that there are a lot of economic and social costs that come with school closures. When schools are closed, children miss out on learning. Extended closures may lead to children falling behind. They also cause an increase in worker absenteeism when parents have to stay home with their kids. That in turn affects the economy as a whole and may undermine key services, such as health care and law enforcement.

From a social perspective, low-income and single-parent households are particularly affected. Employers may not grant paid sick time to workers, leaving parents to choose between leaving children in less-than-ideal care or unsupervised, or not being able to pay for basic needs.

Schools often also serve as an important social support, providing hot meals and needed services to low-income and homeless children. Indeed, for this exact reason, New York City leaders have announced that they see school closures as a last resort. Thus, the decision to close schools and when to close them is very complicated and will depend on a number of factors.