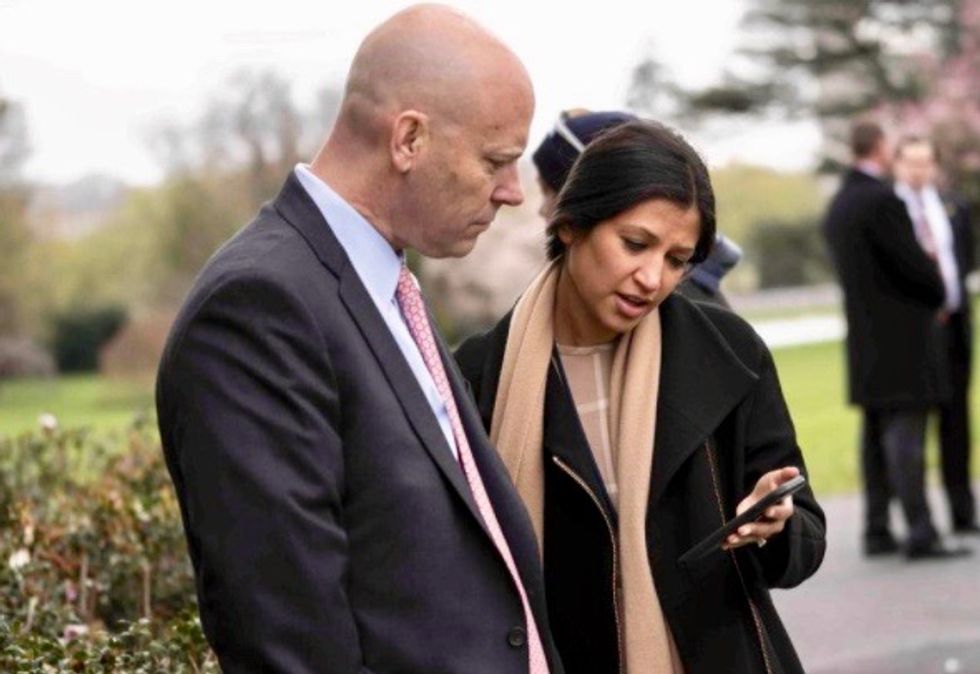 "The do what I say, not what I do, mindset at the White House continues."

Reports of at least two positive coronavirus cases among White House employees in recent days illustrated how easily Covid-19 can spread in enclosed workplaces, even when workers are being tested regularly—deepening concerns about the likely effects of President Donald Trump's aggressive push to reopen the U.S. economy even as the pandemic shows no sign of containment.

Vice President Mike Pence's press secretary, Katie Miller, tested positive for the coronavirus on Friday. One of Trump's valets, who has served the president meals without wearing a mask, also tested positive for the virus last week. The diagnoses followed reports that at least 11 members of the U.S. Secret Service had contracted Covid-19.

Although the CDC recommends wearing face masks to stop the spread of Covid-19, especially in enclosed places like the West Wing, the White House has not been enforcing rules regarding face coverings in recent weeks.

According to a senior administration official who spoke to the New York Times, Trump was angered this week at the news that he may have been exposed to the coronavirus.  Over the weekend, the White House went beyond its previous guidance advising staffers to work from home if possible, telling several staff members in the White House press office to stay at home in case they've been exposed, and requiring members of the president's personal staff to wear face masks.

On "Face the Nation" Sunday, White House economic adviser Kevin Hassett admitted, "It is scary to go to work."

Publicly, however, the president has continued downplaying the country's need to contain the coronavirus for the good of all Americans, claiming again on Friday in a meeting with Republican lawmakers that the virus will eventually go away without a vaccine.

The president and Republican governors have also pushed aggressively for states to reopen their economies, with some Republican-run states threatening residents with a loss of their unemployment benefits if they don't report to work once their industry reopens, regardless of whether case numbers in their state are rising.

On Sunday, Treasury Secretary Steven Mnuchin reiterated the need to reopen the economy as swiftly as possible.

"I think there's a considerable risk of not reopening. You're talking about what would be permanent economic damage to the American public," Mnuchin said on "Fox News Sunday." On Friday, the president said the administration is "in no rush" to pass an additional relief package that may offer more financial assistance to Americans.

David Nakamura of the Washington Post highlighted the contrast between the White House's new precautionary measures—and the access West Wing staffers have to daily testing—compared to the safety precautions available to the vast majority of Americans who work in manufacturing facilities, offices, construction sites, and other sectors where employees are being urged to return to work.

"The do what I say, not what I do, mindset at the White House continues," Margaret Brennan said Sunday on CBS's "Face the Nation."