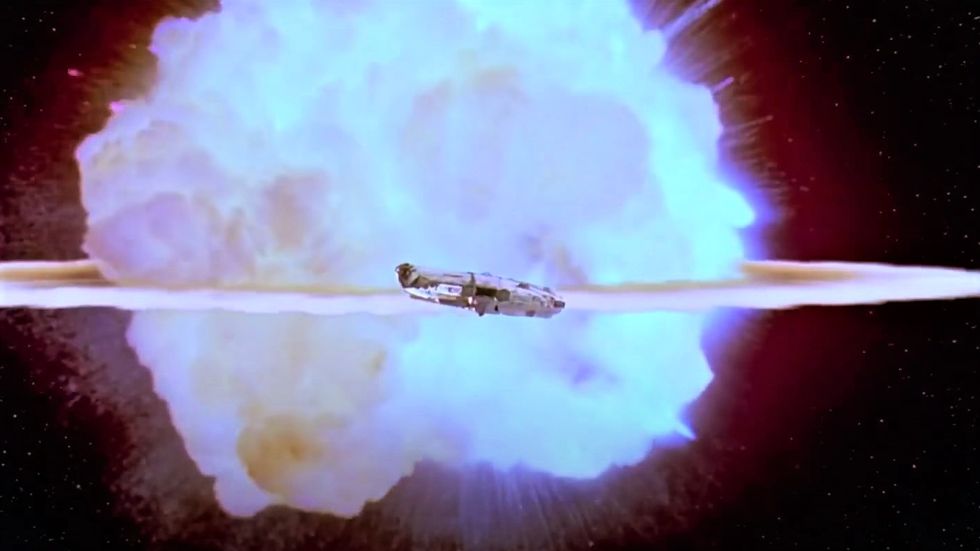 "For nearly three years we have been building a juggernaut campaign (Death Star)," Parscale wrote. "It is firing on all cylinders. Data, Digital, TV, Political, Surrogates, Coalitions, etc. In a few days we start pressing FIRE for the first time." 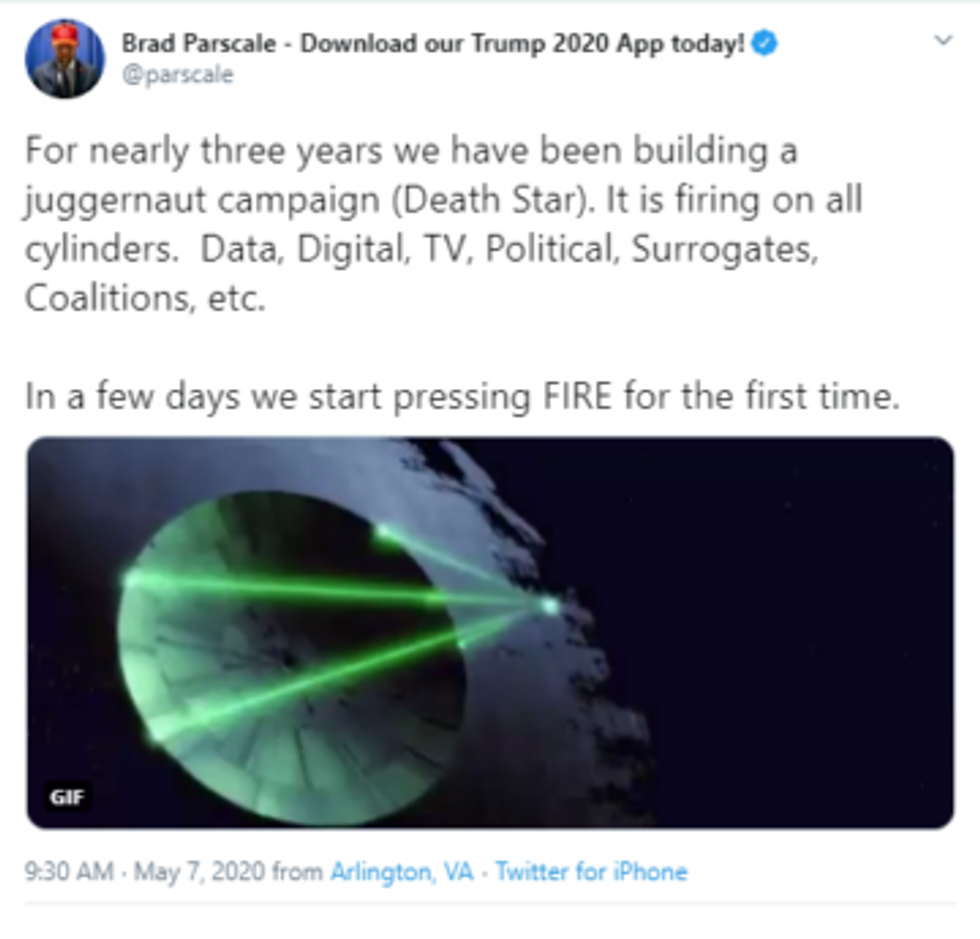 Of course, as everyone who has seen the movies knows, the Death Star gets destroyed by the Rebel Alliance at the end of both "A New Hope" and "Return of the Jedi."

@parscale Yes, I guess when you botch a pandemic response so badly you could call yourself Death Star.
— Devin Duke (@Devin Duke) 1588859745.0