CNN's Wolf Blitzer grills Bolton on his refusal to provide impeachment testimony: 'Is your conscience clear?' 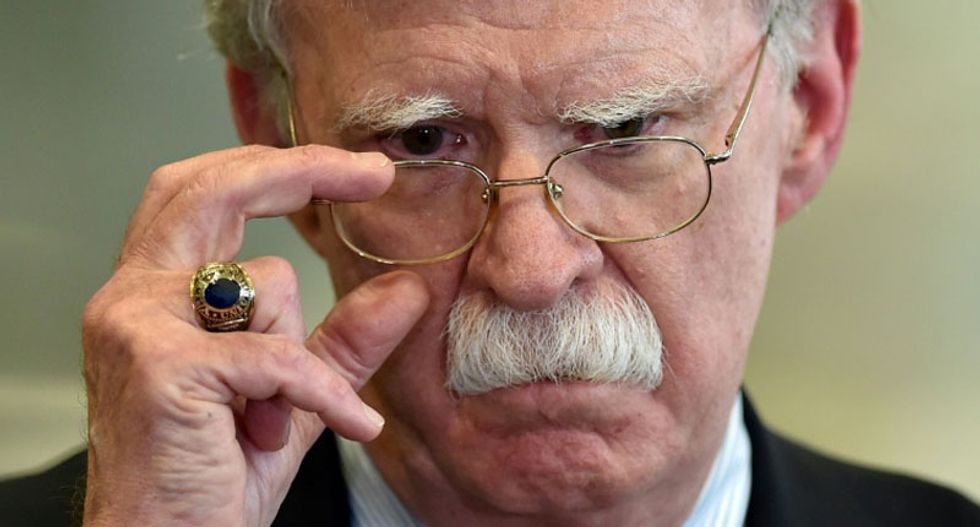 "You could have made a difference," said Blitzer.

"You might have made a difference because you spent 17 months in the inner circles of the White House working with the president, and you might have influenced some of your fellow Republicans," said Blitzer.

"The Democrats in the House, by determining right from the get-go that they were going to focus only on the Ukraine situation ... drove House Republicans who might have been open to a broader consideration, less partisan consideration," insisted Bolton. "They drove those republicans into their partisan corner and it had the same effect in the Senate."

"But you say it wouldn't have made a difference," said Blitzer. "In the book you write stuff that none of the other witnesses could have said under oath before Congress, as far as linking money to Ukraine in exchange for dirt on the Bidens, for example ... if you had come before Congress and specifically backed up that allegation as you do in the book, it potentially could have had a huge difference."

"I don't agree," said Bolton. "The White House argued, and Republicans by and large agreed, that even if all this were true, the president's conduct on Ukraine did not rise to the level of an impeachable offense."

"You told USA Today in an interview this week you probably would have voted to convict President Trump," said Blitzer. "Bottom line, should the president not only have been impeached but also convicted and removed from office?"

"As I say, I probably would have voted to convict if I were a senator," said Bolton. "But that argument was rejected by an overwhelming majority of Republican senators who voted against—"

"They didn't hear what you had to say," said Blitzer. "Do you feel any personal responsibility for allowing this to go forward, and looking back, should you have had the guts to do what John Dean did and testify before Congress? Any second thoughts?"

"No," said Bolton. "I think the circumstances were completely different. I think the Democrats were guilty of impeachment malpractice. They took this issue and drove it straight into a ditch.

"Is your conscience clear?" Blitzer pressed him.