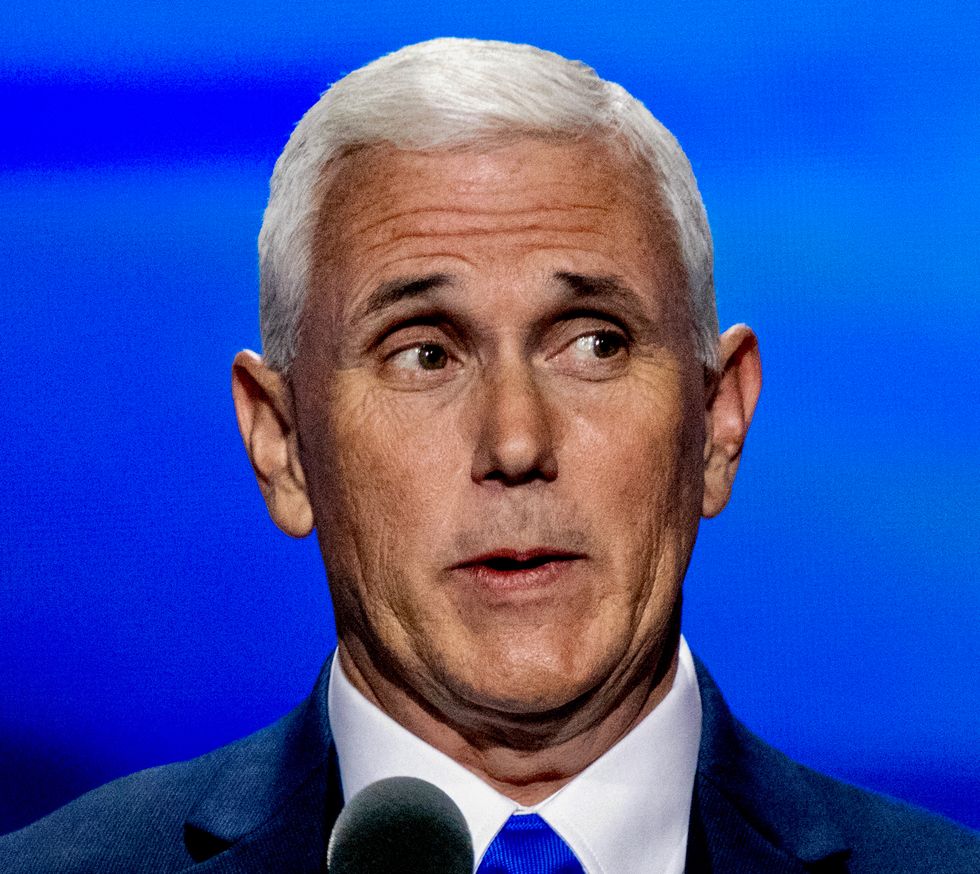 "Denial is not a plan. Thoughts and prayers are not a solution. We must take action now to stave off even more devastation."

Just hours before Hurricane Laura made made landfall in Louisiana as a Category 4 storm with wind speed surpassing that of Katrina, Vice President Mike Pence delivered a Republican National Convention speech Wednesday night in which he mentioned climate action once only to reject it, continuing the GOP event's ignoring or downplaying of an emergency wreaking havoc and devastation in real time.

"Wildfires are ravaging the West and a historic storm is barreling toward Texas and Louisiana, and yet not a single speaker had anything real to say about the climate crisis that is happening right before our eyes."

"Wildfires are ravaging the West and a historic storm is barreling toward Texas and Louisiana, and yet not a single speaker had anything real to say about the climate crisis that is happening right before our eyes," Lori Lodes, executive director of Climate Power 2020, said in a statement. "Denial is not a plan. Thoughts and prayers are not a solution. We must take action now to stave off even more devastation."

Judging only by the attention Republican speakers gave the hurricane on the third night of their party's convention, one may not have grasped the severity of the storm that was barreling toward Louisiana and Texas as the evening progressed, forcing hundreds of thousands to evacuate as experts warned of catastrophic damage.

The night opened with a prayer for those in the path of Hurricane Laura but, as Politico reported, "it was nearly two hours before the hurricane was mentioned again" by President Donald Trump's daughter-in-law Lara Trump, who said "may God bless and protect the Gulf states in the path of the hurricane." Lara Trump's address came shortly after Sen. Joni Ernst (R-Iowa) spent a portion of her speech smearing the Green New Deal.

Speaking live from Fort McHenry in Baltimore, Pence said at the beginning of his remarks that his "prayers are with" those affected by the hurricane set to strike at the heart of the U.S. oil and gas industry, sparking warnings of a looming "environmental nightmare."

"This is a serious storm," added the vice president, who said the White House is "working closely with authorities in the states that will be impacted."

The one time Pence mentioned climate in his remarks was during an attack on Democratic presidential nominee Joe Biden, who the vice president said wants to "abolish fossil fuels, end fracking, and impose a regime of climate change regulations." Biden's climate plan, viewed by green groups as insufficient but as step in the right direction, calls for new regulations on the polluting oil and gas industry but would not end fracking or abolish fossil fuels.

"Laura is a storm of historic proportions," the Wall Street Journal reported. "The fast-moving hurricane exploded in intensity Wednesday and had continued to gain strength into the night, with sustained winds of 150 miles an hour, according to the National Hurricane Center, close to the 157 mile-an-hour threshold of a Category 5 storm."

In a statement late Wednesday, Climate Power 2020 warned that flooding from the massive storm "could cause some of the 109 Superfund sites in Laura's path to leak toxic chemicals into neighborhoods and drinking water storage."

"In 2017," the group noted, "hundreds of millions of gallons of contaminated industrial products and hundreds of tons of air toxins were released into communities because of flooding and damage during Hurricane Harvey."

Echoing the grave warnings of other experts, meteorologist Eric Holthaus tweeted early Thursday that "Southwest Louisiana will never be the same after this."