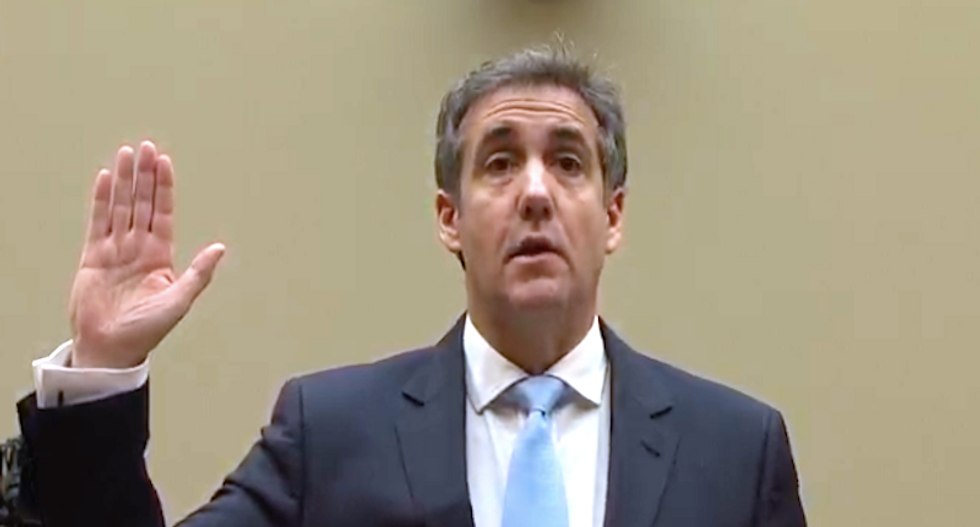 President Donald Trump's former "fixer" Michael Cohen was unfairly targeted by judges attempting to silence his tell-all book slated to be released before the election. However, Cohen prevailed and his new book Disloyal: A Memoir. The true story of the former personal attorney to President Donald J. Trump is scheduled to be released by Oct. 6, according to Amazon, but Cohen had initially said he hoped to have it out by the end of September.

Cohen has already released the foreword of the book on the site for the book, which is getting so much traffic it keeps crashing.

“From golden showers in a sex club in Vegas, to tax fraud, to deals with corrupt officials from the former Soviet Union, to catch and kill conspiracies, to silencing Trump’s clandestine lovers, I wasn’t just a witness to the president’s rise—I was an active and eager participant," it says, among other things.

He recalled his shocking and revealing testimony to Congress in which he outed the president for unethical and questionable behavior and urged others to rethink their support.

“To those who support the President and his rhetoric, as I once did, I pray the country doesn’t make the same mistakes as I have made or pay the heavy price that my family and I are paying,” Cohen recalled, "exhorting them to learn from my example."

"Pulling over at a service plaza, I gassed up and headed inside for a coffee, black no sugar," he described. "I looked around to see if I was under surveillance or being followed; a sense of dread consuming my thoughts. Who was that FBI-type in the gray coat or the muscle-bound dude a few paces behind me? The notion that I was being followed or stalked may have seemed crazy; but it was also perfectly logical. I wasn’t just famous—I was perhaps the most infamous person in the country at the time, seen by millions upon millions as a traitor. President Trump controlled all the levers of the Commander in Chief and all the overt and covert powers that come with the highest office in the country. He also possessed a cult-like hold over his supporters, some of them demonstrably unhinged and willing to do anything to please or protect the President. I knew how committed these fanatics were because I’d been one of them: an acolyte obsessed with Donald J. Trump, a demented follower willing to do anything for him, including, as I vowed once to a reporter, to take a bullet.

See all of the facts at Cohen's site for the book.