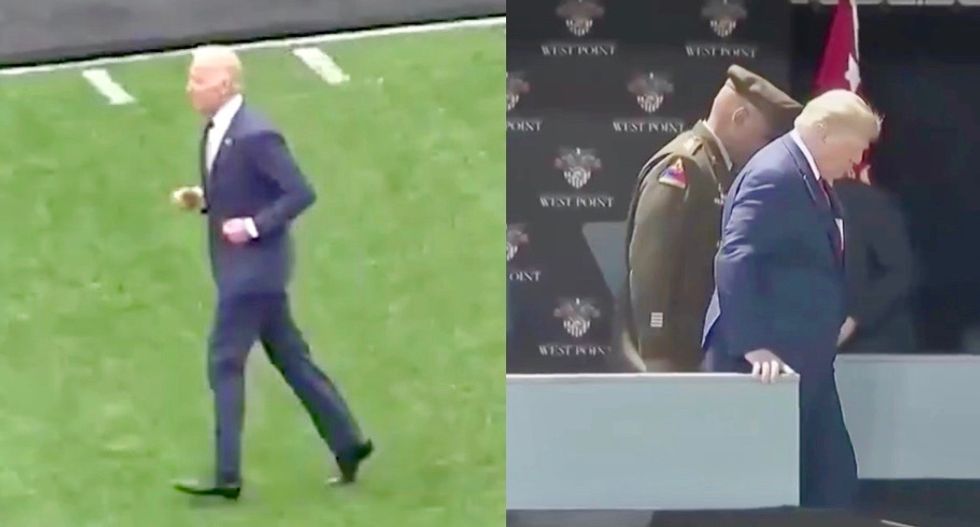 President Donald Trump does not work out, according to reports that reveal he believes, falsely, that the human body's energy is a finite resource.

Former Vice President Joe Biden apparently does, and in a new ad by the Lincoln Project, the difference could not be more stark.

It shows Biden literally running for president, and Trump, well, perhaps limping along.

The video has gone viral, gaining 1.1 million views in just about eight hours.

Take a look, and enjoy.