'I voted for a guy named Trump,' the president says after voting in person in Florida 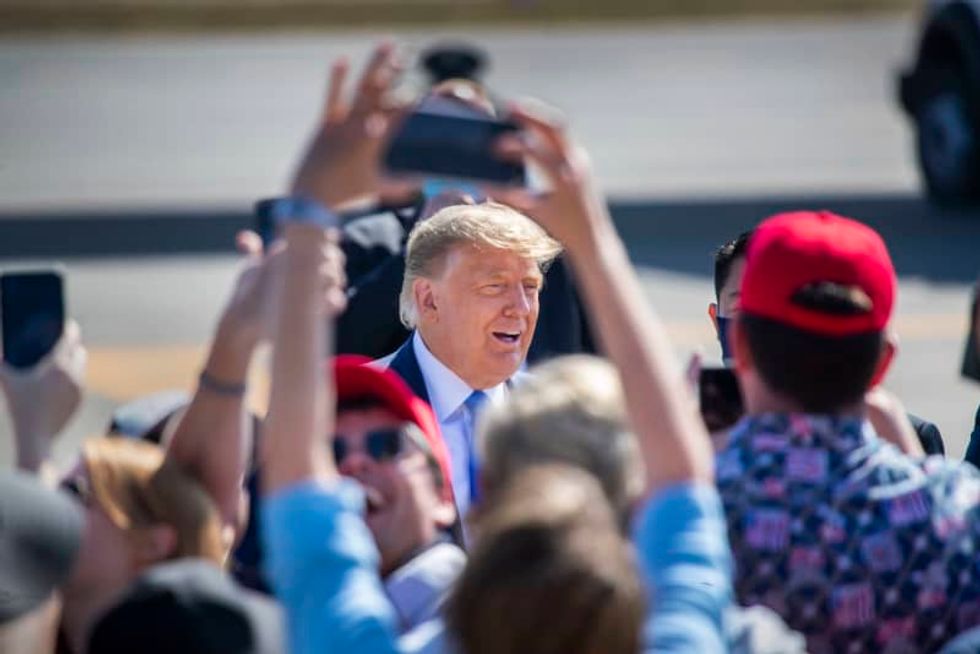 WEST PALM BEACH, Fla. — President Donald Trump has voted twice by mail since becoming a Palm Beach County resident one year ago. But on Saturday, like so many other Florida Republicans, Donald Trump voted for Donald Trump in person.Trump cast his ballot at the Palm Beach County main library in West Palm Beach at around 10 a.m. Trump voted alone in a private room at the library, according to White House Press Secretary Kayleigh McEnany. Outside, Trump supporters waved flags and chanted, hoping to catch glimpse of the president.He emerged from his private voting room around 10:17 a.m. With libra...