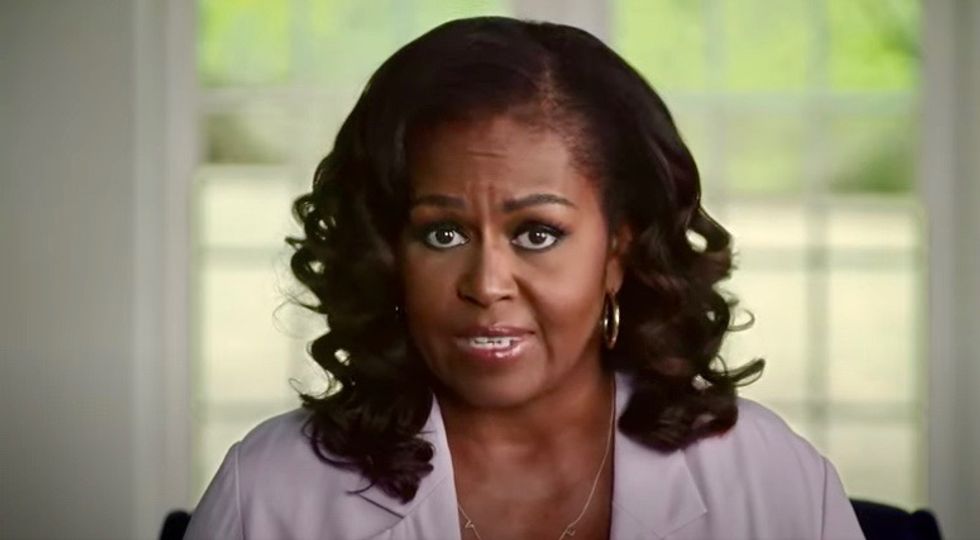 Donald Trump is a "racist" president whose strategy of fearmongering, division and promoting ugly conspiracy theories could "destroy" America if he is re-elected, former first lady Michelle Obama said Tuesday.

Trump is "morally wrong" for taking actions that intimidate voters and for "lying" about how minorities will ruin US suburbs, she said.

"What the president is doing is once again patently false, it's morally wrong, and yes, it is racist," said the 56-year-old wife of Barack Obama, the nation's first black president.

But she warned such tactics have the potential to work, particularly because Americans lack the time and energy to fact-check everything being spread online or in US media.

"Because this is a difficult time, a confusing time, and when people hear these lies and crazy conspiracies repeated over and over and over again, they don't know what to think," she said.

"And the one thing this president is really, really good at is using fear and confusion, and spreading lies to win," Obama added.

Trump has declared himself the "law and order" president, and has repeatedly slammed protesters taking on racial injustice as violent extremists.

Obama's video targets a wide range of voters. Along with speaking to "black and brown folks," she urged white Americans to imagine "the millions of folks who look like me, and fought and died and toiled as slaves and soldiers and laborers to help build this country."

As a black woman, like the majority of those in the country, having "done everything in my power to live a life of dignity and service and honesty, the knowledge that any of my fellow Americans is more afraid of me than the chaos that we are living through right now, well that hurts," she said.

"It is a heaviness that sits on our hearts."

Obama criticized Trump's "failure" to tackle the coronavirus, his belittling US military personnel as "losers" and his devotion to "enriching himself" and wealthy cronies.

"Search your hearts and your conscience, and then vote for Joe Biden like your lives depend on it," she said.