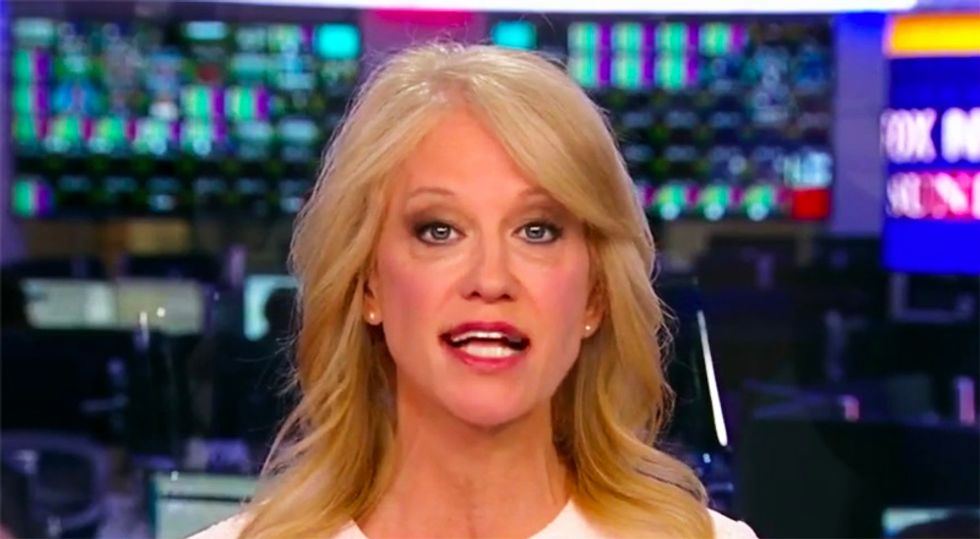 Trump advisor Kellyanne Conway struggled to explain her position during an appearance on Fox News on Thursday.

Conway complained that Joe Biden's campaign manager had declared the former vice president would be the next president of the United States.

"That should not be said because we are still counting votes," Conway argued.

CONWAY: Biden's campaign manager called him 'the next POTUS.' He shouldn't be doing that while we're still counting… https://t.co/3jgVKzfpNY
— Aaron Rupar (@Aaron Rupar) 1604618909.0