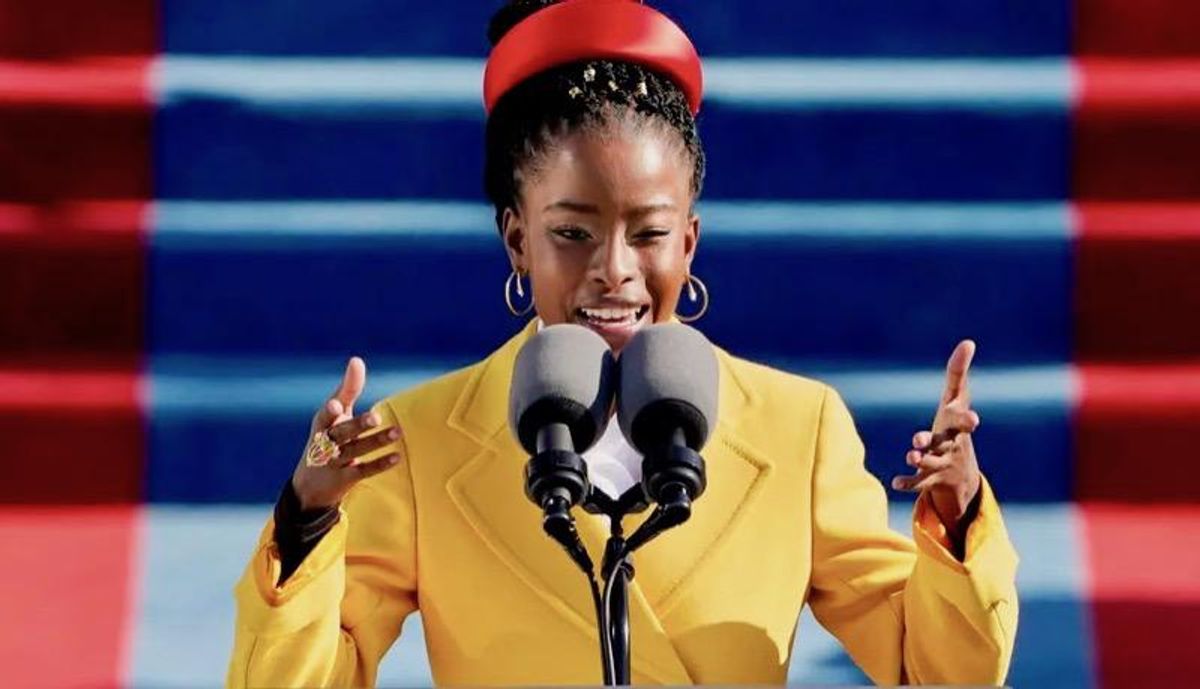 She is the youngest poet ever to recite at a presidential inauguration, a role first given to Robert Frost by John F. Kennedy in 1961.

The Harvard University graduate was invited to participate after First Lady Jill Biden saw one of her readings.

A collection of Gorman's poems to be published in September was number one on the Amazon bestseller list on Friday followed by a children's book, "Change Sings: A Children's Anthem," also to be released in September.

A hardcover copy of her inaugural poem to be released next month is number three on the list.

America's first Black president was one of the many Americans left impressed by Gorman.

"On a day for the history books, @TheAmandaGorman delivered a poem that more than met the moment," Obama tweeted, before quoting the closing line of Gorman's inaugural poem.

She gained two million followers on Instagram in a day and a million on Twitter. Her poem was set to music by Rostam Batmanglij.

Originally from Los Angeles, raised by a single mother, Gorman had a speech impediment as a child -- like the 46th president -- and turned to writing.

She won her first poetry prize at 16 years old and went on to study sociology at Harvard.

She has previously written about the struggle for racial equality and the #MeToo movement against sexual assault.

Gorman was forced to extensively revise her poem at the last minute after supporters of president Donald Trump stormed the US Capitol on January 6 in a bid to undo Biden's election victory.

"We've seen a force that would shatter our nation rather than share it / Would destroy our country if it meant delaying democracy," she recited.

"And this effort very nearly succeeded / But while democracy can be periodically delayed, / It can never be permanently defeated."