Animals have evolved to avoid overexploiting their resources – can humans do the same?

People have been trying to understand how predators and prey are able to stay balanced within our planet’s ecosystems for at least 2,400 years. The Greek author Herodotus even raised the question in his historical treatise “Histories”, written around 430 BC.

And when Charles Darwin published in 1859 his revolutionary theory of evolution in “On the Origin of Species”, this raised an even more difficult question: why do predators not evolve to become so aggressive that they eat all their prey and then go extinct themselves?

Scientists have since doubted whether it’s possible for the process of evolution to create “prudent predators” able to avoid extinguishing their own prey. The American ecologist Lawrence Slobodkin proposed the idea of prudent predation in 1960, but was strongly criticised by evolutionary biologists.

Perhaps under the influence of anti-communist sentiment linked to the cold war between the Soviet Union and the US, biologists argued that prudent predation would require evolution to act on groups rather than single individuals of a species – and that such “group selection” was unlikely to occur. 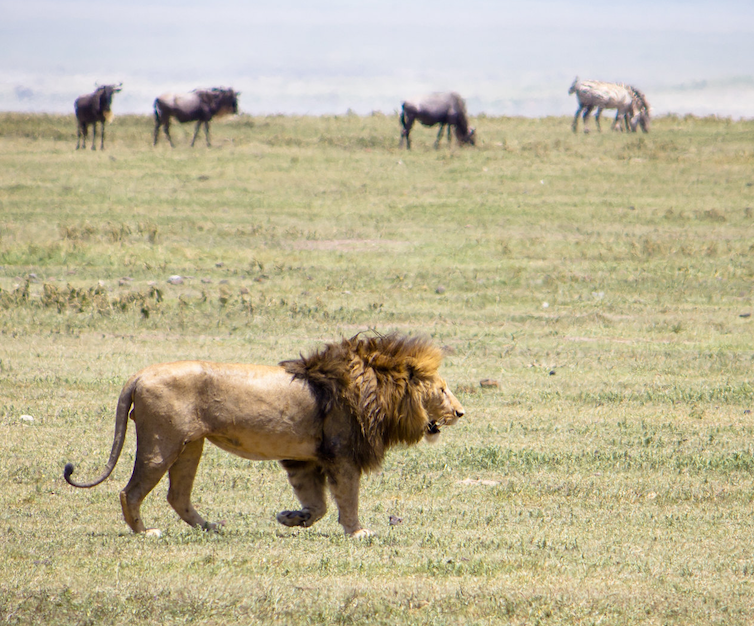 Predators must avoid overexploiting their prey if they are to survive.

Although modern evolutionary theory has moved beyond this dichotomy between individual and group selection, scepticism about the latter – and about prudent predation – lingers among many scientists.

However, in a recent study published in Ecology Letters, my colleagues and I show – using complex predator-prey models – how this delicate equilibrium between predator and prey could have evolved.

Prudent predation means that a predator species has evolved to avoid consuming as much and as aggressively as its own physical limits permit. Effectively – though not knowingly – prudent predators are restraining themselves for the benefit of other members of their species, as well as for future generations.

Even when predators are prudent in their natural habitat, they may overexploit the prey around them if they are moved to places where they don’t belong. An example is the Indo-Pacific lionfish, whose populations have rapidly expanded in and around the Gulf of Mexico and the eastern Mediterranean Sea.

Lionfish feed on smaller fish and shellfish that live in reefs. They are such ferocious predators that ecologists became concerned that, especially in the Gulf of Mexico, few other fish species would survive their presence. Instead, something else happened. 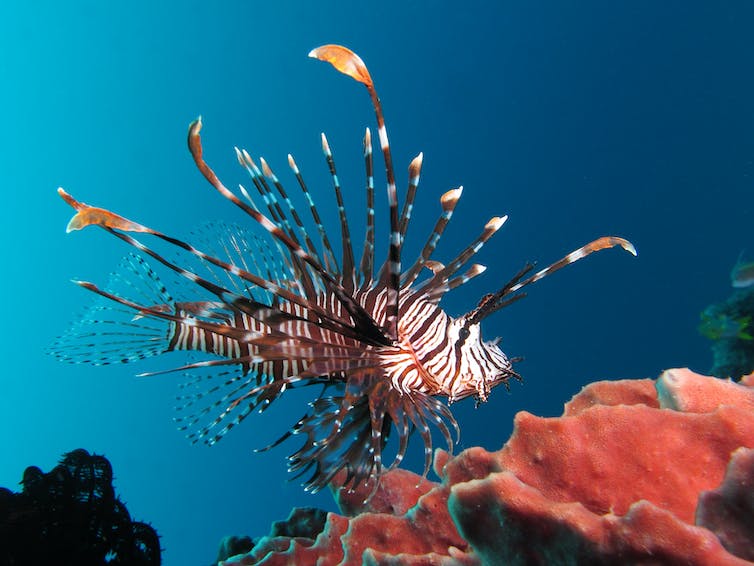 Invasive lionfish endanger their own colonies when they consume too much prey.

Lionfish populations suddenly began falling in Gulf of Mexico reefs, while their native competitors remained. It appears that, because lionfish overexploit their prey, they are not such strong competitors after all.

These dwindling lionfish populations are therefore experiencing evolutionary pressure to feed less ferociously, so they can occupy reefs longer and have more opportunities to spread to other reefs. Eventually, we expect them to adapt to their new habitat by becoming prudent predators.

There’s more to be learned from this than just ecology. In modern, westernised societies, there’s a deep-seated idea that everybody’s pursuit of personal benefit will ultimately benefit society as a whole. For example, CEOs of public corporations are expected to act for the benefit of their shareholders alone. They will not support a market competitor, even if loss of the competitor would mean less consumer choice.

This thinking hinges on an analogy between market economics and evolution, which both rely on the survival of the fittest. “Survival of the fittest” refers to the principle that those variants of a gene, species, business model or technology that are best adapted to current circumstances will prevail, while others will die out. 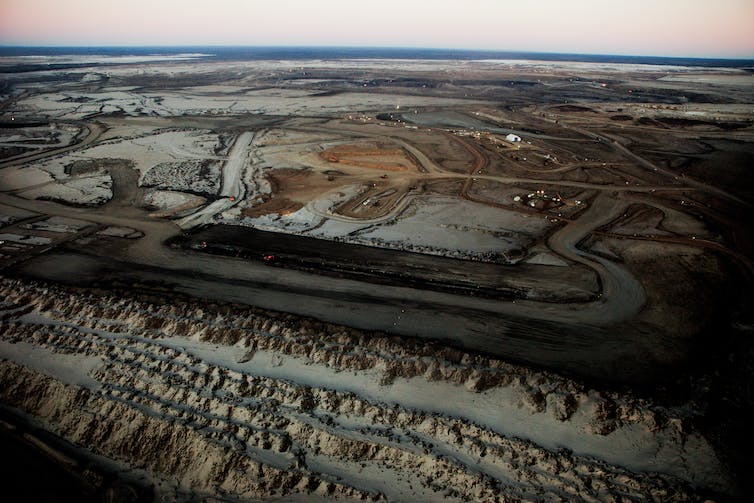 Tar sands, that damage the environment, can provide fossil fuel energy to communities thousands of miles away.

Colonies of species that overexploit their resources are not fit in this sense, because they collapse before getting the chance to spread to other places. In the past, when societies weren’t globally connected, similar principles applied to human choices. Societies that overexploited their resources would eventually collapse, making room for more prudent societies to expand.

However, in today’s globalised world, the imprudent actions of people in one place can harm people at entirely different places. For example, the oil heating my poorly insulated home might be coming from tar sand fields polluting the environment in Canada.

The mechanism by which survival-of-the-fittest brings about prudence therefore cannot work any more. The analogy with nature has broken down. It can no longer support the belief that the pursuit of individual benefits will ultimately lead to balance in society and economics.