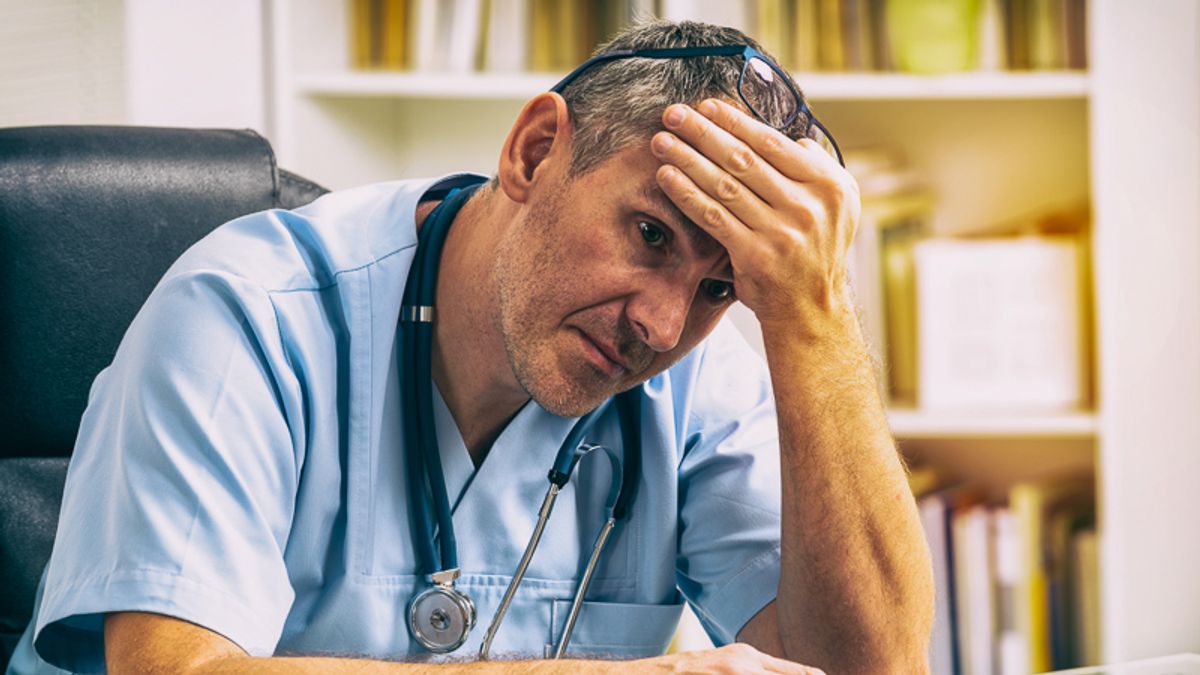 In November 2020, a pre-print study touting the safety and efficacy of an anti-parasitic drug called Ivermectin was published on the Research Square website, a platform where scientific studies are submitted before they are peer-reviewed and accepted by a journal. The study, led by Dr. Ahmed Elgazzar of Egypt's Benha University, claimed that in a randomized control trial of nearly 600 people, hospitalized COVID-19 patients who "received ivermectin early reported substantial recovery."

In the search for a COVID-19 wonder drug, the preprint study seemed promising. But then, in July 2021, the paper was pulled "due to ethical concerns." Those concerns included alleged plagiarism and calculation of data points that were "mathematically impossible," according to The Guardian.

Despite the retraction, the anti-parasite drug is allegedly flying off shelves of local farmer supply stores, according to various local news reports who say some feed stores are struggling to keep it in stock.. That's because the drug has become a political flashpoint, enveloped by the culture wars just like nearly everything else related to the pandemic.

Indeed, Republicans politicians like Sen. Ron Johnson (R-Wis.) have promoted Ivermectin as a COVID treatment. Robert Malone, a doctor who has spread COVID-19 vaccine misinformation on platforms like "Tucker Carlson Tonight," alleged to have personally used the drug to treat COVID-19, further popularizing it among followers of Carlson's show. The response to Malone's latest Ivermectin-related tweet reveals how many of his followers are using the so-called treatment to undermine the available COVID-19 vaccines. "You don't need a #vaccine, people," one commented. "Ivermectin works," another one chimed in.

Without a prescription, the only way for a layperson to obtain Ivermectin would be at a feed store or farm supply store, which sell the drug as a horse de-wormer. Some such stores report having to put up signage reminding their customers that the drug is approved for horse consumption, not human consumption.

Salon reached out to Tractor Supply Company, whose spokesperson would not share sales numbers, but did note that the retail chain has put up "signs to remind our guests that these products are for animal use only."

"The product sold in our stores is only suitable for animals and is clearly labeled as such," the spokesperson said via email. "The anti-parasite drug Ivermectin has not been approved by the Food and Drug Administration (FDA) for use in treating or preventing COVID-19 in humans; if customers have questions about COVID-19, we suggest consulting a licensed physician and finding more information at FDA website."

Meanwhile, right-leaning politicians abroad have been promoting the drug. The presidential administration of Jair Bolsonaro in Brazil has spent "millions" to promote un proven drugs like Ivermectin as COVID-19 treatments, according to an NPR report. In India and elsewhere in Latin America, Ivermectin has gained momentum. Craig Kelly, an Australian member of Parliament, has repeatedly promoted Ivermectin.

The obsession over Ivermectin, and its politicization, is curious from an economic standpoint. Unlike climate change denialism or other anti-science culture wars, there is no lobby group profiting off of Ivermectin sales to the extent that they might pull politicians' strings. So why have so many on the right seized on an unproven drug as a COVID-19 treatment?

According to Dr. Amesh Adalja, a senior scholar at the Johns Hopkins Center, the right-wing obsession with Ivermectin may be important to that demographic merely because it sows distrust in science in general while stirring up vaccine skepticism.

"Politics got injected into it, and then Ivermectin became a crusade for certain individuals, as a way to kind of deflect the importance of the vaccine," Adalja told Salon. "It's the same kind of story of the politics of this pandemic that's driven a lot of the interest in Ivermectin — and when I do interviews on ivermectin I get a slew of hate mail."

Yet such promotion of unproven drugs can be dangerous. According to the United States Food and Drug Administration (FDA), there have been "multiple reports of patients who have required medical support and been hospitalized after self-medicating with ivermectin intended for horses."

Ivermectin, as previously mentioned, is often used to treat or prevent parasites in animals. Reminiscent of how anti-malaria drug hydroxychloroquine was touted by former President Donald Trump as a treatment for COVID-19 despite there being little sound scientific evidence to support such a claim, Ivermectin has become weaponized in a way to distract efforts from getting the unvaccinated vaccinated. This kind of misinformation costs lives — not only because humans should not be taking Ivermectin that is meant for animals, but also because there is no scientific evidence to suggest that it treats COVID-19.

"There's no evidence that Ivermectin has a beneficial effect in treating COVID-19," Adalja said. "Studies that are there are of poor quality, none of which really has an unequivocally positive result. One of the studies which was touted to provide the most evidence has been shown to be invalid study."

Adalja was referring to Elgazzar's study. Salon reached out to Elgazzar twice and did not receive a comment prior to publication.

Imran Ahmed, CEO of Center for Countering Digital Hate, said that promoting the idea that treatments like Ivermectin or hydroxychloroquine can treat COVID-19 fall into one of three categories of misinformation promoted by anti-vaccine influencers. The three misinformation categories, Ahmed said, include "COVID isn't dangerous," "vaccines are dangerous," and the idea that you "can't trust doctors."

"This is all part of the spreading of the idea that vaccines might not be the safest way of dealing with this," Ahmed said.[It's part of] 'the government's trying to kill you with a vaccine,' and blah, blah. It's an extremist narrative."

Meanwhile, the World Health Organization (WHO) has issued a warning against its use with the exception of clinical trials.

"The current evidence on the use of Ivermectin to treat COVID-19 patients is inconclusive," WHO stated in March 2021. "Until more data is available, WHO recommends that the drug only be used within clinical trials."

As Nature has reported, there are risks to people taking the unchecked drug to treat COVID-19. Not only has it been linked to convulsions, lethargy and disorientation; it can impede researchers' ability to conduct clinical trials.

Alejandro Krolewiecki, an infectious-disease physician at the National University of Salta in Orán, Argentina, told Nature that the more people take it, especially in Latin America countries, "the more difficult it will be to collect the evidence that regulatory agencies need, that we would like to have, and that will get us closer to identifying the real role of this drug."