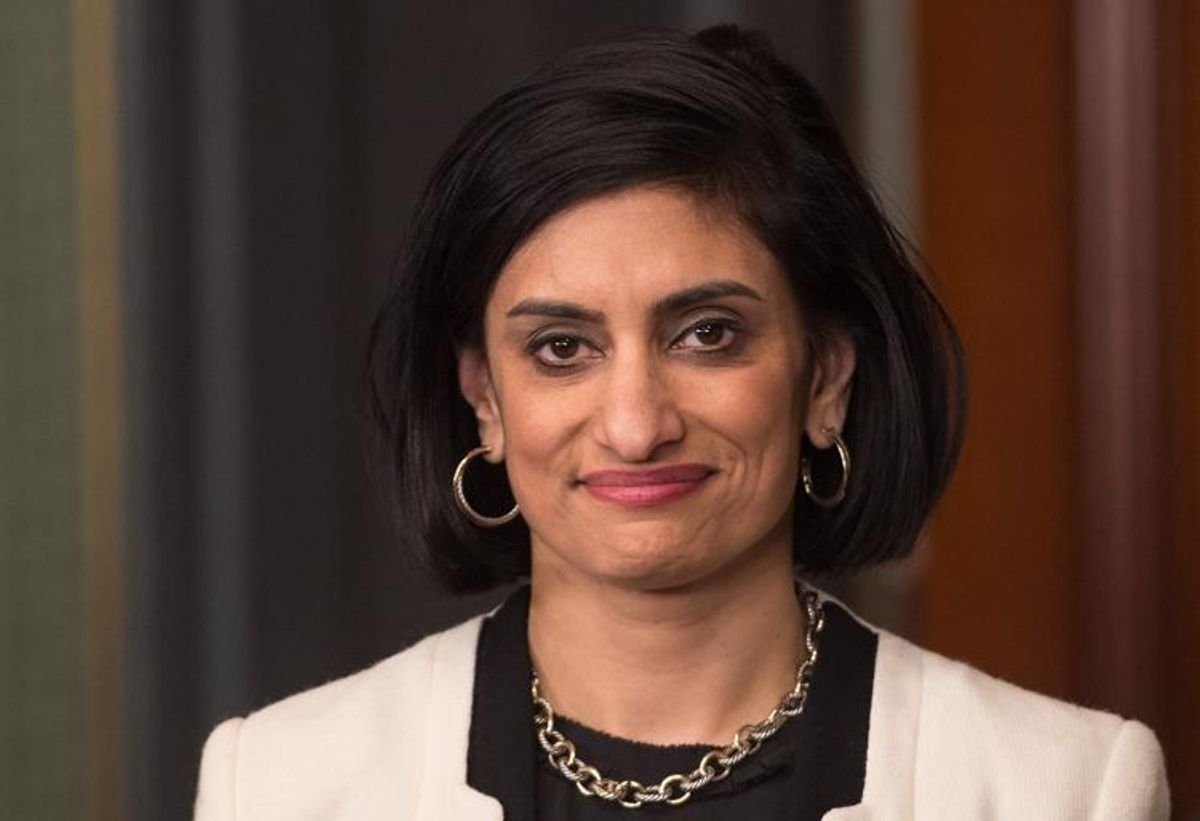 Healthcare advocates are criticizing the Trump administration's approval—amid overwhelming opposition, a global pandemic, and as the number of uninsured Americans grows—of Tennessee's plan to overhaul funding of its Medicaid program, calling the decision "reckless" and "irresponsible."

Joan Alker, executive director of the Georgetown Center for Children and Families, called it "a radical waiver that puts Tennessee's Medicaid beneficiaries at risk."

The state's Medicaid program, TennCare, covers 1.5 million people, or about one in five of the state's residents. The proposal would "fundamentally" transform how TennCare is managed and funded, The Tennessean reported. When Republican Gov. Bill Lee rolled out the plan in fall, the outlet added, the state received 1,800 written comments, of which just 11 were in support.

With just a dozen days left in power, the Trump administration on Friday approved a radically different Medicaid financing system in Tennessee that for the first time would give the state broader authority in running the health insurance program for the poor in exchange for capping its annual federal funding.
The approval is a 10-year "experiment." Instead of the open-ended federal funding that rises with higher enrollment and health costs, Tennessee will instead get an annual block grant. The approach has been pushed for decades by conservatives who say states too often chafe under strict federal guidelines about enrollment and coverage and can find ways to provide care more efficiently.
But under the agreement, Tennessee's annual funding cap will increase if enrollment grows. What's different is that unlike other states, federal Medicaid funding in Tennessee won't automatically keep up with rising per-person Medicaid expenses.
The approval, however, faces an uncertain future because the incoming Biden administration is likely to oppose such a move. But to unravel it, officials would need to set up a review that includes a public hearing.

The Centers for Medicare and Medicaid Services (CMS) announced the approval Friday. "It's no exaggeration to say that this carefully crafted demonstration could be a national model moving forward," said CMS Administrator Seema Verma—a Trump appointed official who's pushed attacks on Medicaid and has been described as "the architect of Indiana's punitive restrictions on Medicaid patients."

Michele Johnson, executive director of the Tennessee Justice Center, said in response to the approval that "no other state has sought a block grant, and for good reason," and warned of its impacts to those "in nursing homes, those struggling with mental illness, diabetes, cancer, and countless other complex conditions."

"Tennessee is one of a handful of states still denying Medicaid to its working uninsured, and the block grant is just another example of putting politics ahead of healthcare during this pandemic," said Johnson. "It's a political gimmick that jeopardizes access to healthcare for hundreds of thousands of Tennesseans by creating a state budget booby trap."

"State officials have an abysmal record of mismanaging programs that help those in need. The block grant will allow these same state officials to inflict further damage on Tennessee's healthcare system," she said.

The approval also drew outrage from a coalition of 21 patient and consumer groups including the American Lung Association, American Cancer Society Cancer Action Network, and National Alliance on Mental Illness. They called the plan's approval "a reckless move that would reduce Tennesseans' ability to get needed healthcare" and urged the incoming Biden administration to halt its implementation.

"The approval specifically includes authority to limit prescription drug coverage, a dangerous proposal for patients."
—21 Patient Groups"Our organizations have clearly and repeatedly voiced our deep concerns with Tennessee's proposal, as well as our strong opposition to block grants in Medicaid in general," the groups said Friday in a joint statement. "Per capita caps and block grants are designed to cap or limit the amount of federal funding provided to states, forcing them to either make up the difference with their own funds or make cuts to their programs reducing access to care for the patients we represent."

Referencing the coronavirus pandemic, the groups added, "It is irresponsible to approve this waiver during this public health crisis, and especially to do so for an unprecedented 10-year period." Implementation of the plan stands to "limit Tennessee's flexibility in responding to recessions, pandemics, new treatments, and natural disasters," and thus "moves in the opposite direction of the lessons learned from 2020."

The block grant approval, negotiated over about a year with the Centers for Medicare and Medicaid Services, still must get final approval from state lawmakers before it can be implemented. Lee now intends to present a joint resolution on the plan for the General Assembly's "immediate consideration," according to a news release.

The Tennessee Justice Center is urging its supporters to pressure lawmakers to block the plan.

"We are not surprised but are unsettled by this eleventh-hour action by the federal government during the height of the pandemic," said Jane Perkins, legal director for the National Health Law Program. "The approval raises so many issues," she said, "from the process the government used to approve this project to the specifics of how the government has cut into the healthcare safety net. Our legal team is investigating the enforcement and litigation options at this time."

Rep. Frank Pallone (D-N.J.), chair of the House Energy and Commerce Committee, which has jurisdiction over Medicaid, also sounded alarm.

"This is an illegal move that could threaten access to healthcare for vulnerable people in the middle of a pandemic," Pallone tweeted Friday. He also expressed hope the incoming Biden administration would "move quickly to roll back this harmful policy as soon as possible."