The Conversation
A Black Swan (Shutterstock)

For years, scientists have known bird flu kills every black swan it infects. This means if the disease made it to the Australian continent, it would be an existential threat to this iconic Aussie species.

The relative geographic isolation of the black swan (Cygnus atratus) may have resulted in a limited immune toolbox, making them more susceptible to the infectious avian diseases Australia has been largely shielded from. 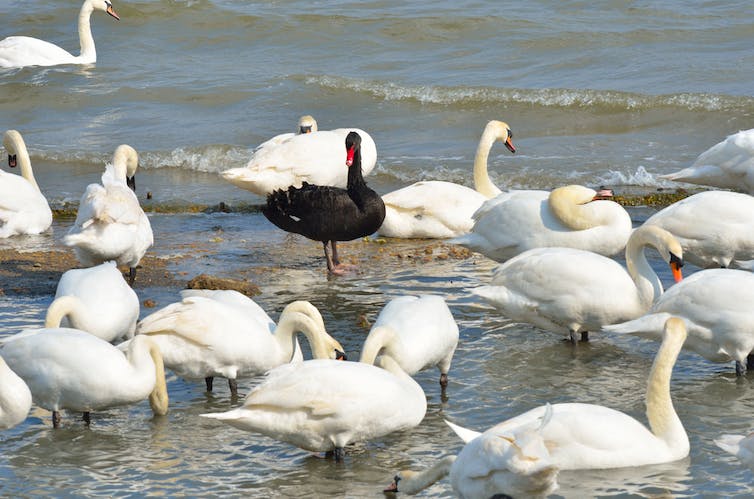 Mute swans are the iconic white species found throughout the Northern Hemisphere, while black swans are native to Australia. Paul Wishart/Shutterstock

In May 2021 a collaborative effort between University of Western Australia and University of Queensland mapped the DNA puzzle of the black swan, which was released open-source through DNA Zoo.

To understand whether the geographically-isolated black swan has a different immune gene repertoire compared to its relatives, for the past two years we have worked on comparing the black swan genome to that of the closely related – yet genetically distinct – Northern Hemisphere mute swans. This work was done by a large team of scientists from Australia, New Zealand, Sweden, Germany, Japan, USA and UK.

Harnessing the power of high-performance computing, we mapped and compared tens of thousands of genes between the two species, to better understand why black swans fall victim to the virus so easily while mute swans do not. Such work is akin to finding a needle in a haystack.

Our work has now provided insights into how these species diverge genetically in response to the deadly bird flu and other viruses in the same family. 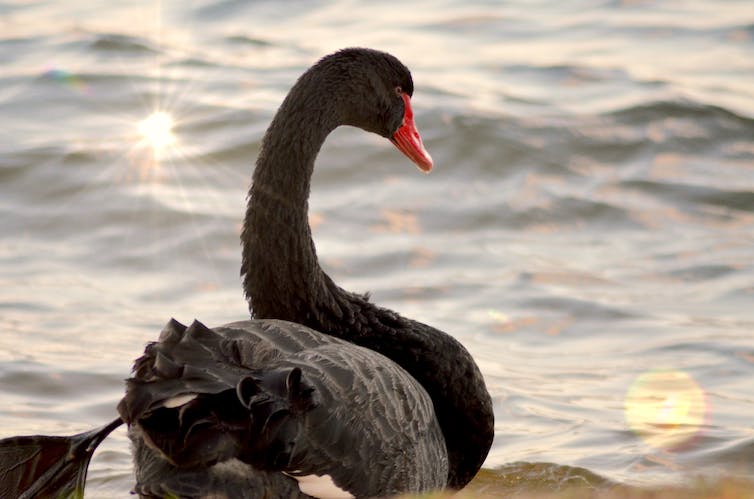 Black swans aren’t just a different color from the white ones – the differences in genome run much deeper. Parwinder Kaur, Author provided

Notably, we found the black swan showed undetectable gene expression in toll-like receptor (TLR-7), a class of proteins responsible for the immune system’s reaction to foreign viruses. In other words, they have the gene for it, but it’s not turning on for some reason. 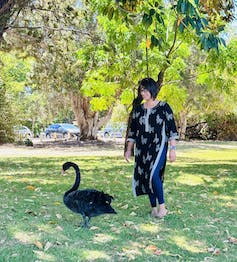 Dr Parwinder Kaur pictured with a black swan in Matilda Bay, Perth. The birds are the subject of a major collaboration in genome comparison studies. Parwinder Kaur, Author provided

The TLR-7 family has been extensively studied in humans, as it is known to play a role in virus and tumor cell recognition. A 2021 study showed TLR-7 is crucial to the pattern recognition receptors (the molecules that can detect pathogens) of SARS-CoV-2 in humans.

Our work has also found the black swan genome was contractive. This means that from their last common ancestor with mute swans, black swans lost more genes in total than they gained.

Specifically, 39 immune-related gene families of the black swan were contractive as compared to the mute swan. This could be because being relatively isolated in Australia, they were less exposed to infectious bird diseases.

The data gathered by this sequencing project indicate the immune system of the black swan is more susceptible to any avian viral infection if it were to arrive in its native habitat. In other words, bird flu could even risk wiping out this species.

Now that we understand the potential underlying mechanism for black swans’ susceptibility to bird flu – and given TLR-7 is such an extensively studied gene in humans – there are several ways we can save our precious swans.

One way would be to look for natural variation that exists for this particular gene family in different black swan populations across Australia, Tasmania and New Zealand. There are likely to be individuals with higher resistance to bird flu, and we could use them to develop a strategic breeding program for this species.

Otherwise – and a more expensive path – would be to develop immunotherapy treatments, such as we have developed for humans. The good news is we now know what could be done to protect these swans.