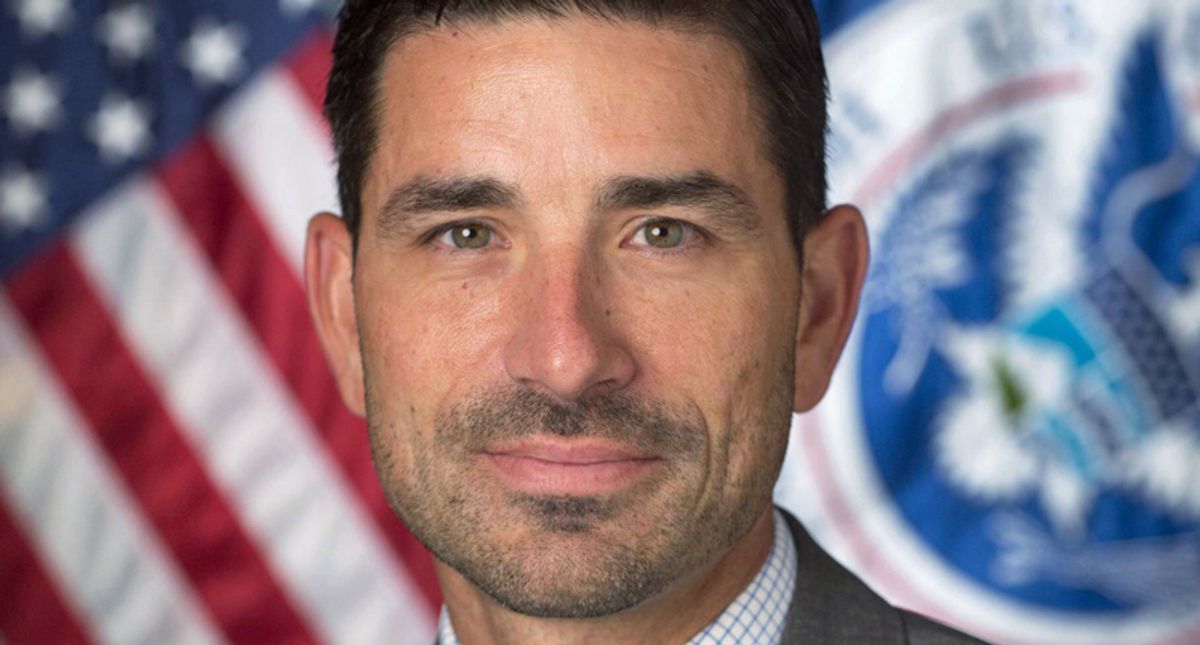 Wolf's departure as head of the body in charge of security for the January 20 event came five days after supporters of President Donald Trump stormed the US Capitol hoping to prevent Biden from replacing him.

The Homeland Security Department oversees several law enforcement bodies including the Secret Service, the point agency for security for the White House and the US president.

Wolf, who said he was stepping down for procedural reasons, named Pete Gaynor, the administrator of the Federal Emergency Management Agency, to replace him.

But the move did not end questions over whether the US capital city would be adequately secure over the coming week.

An internal FBI document warned of the possibility that armed Trump supporters could hold protests in all 50 states between the coming weekend and January 20, according to US media.

And federal and city officials continued to point fingers over who was responsible for the debacle at the Capitol last Wednesday, when the Congressional police force was overwhelmed by thousands of Trump supporters who succeeded in shutting down the legislature.

The Pentagon said Monday it had authorized 15,000 National Guard troops to be deployed for Biden's inauguration.

Already 6,200 are on the ground in Washington, and a total of 10,000 are planned by the coming weekend, said General Daniel Hokanson, chief of the Defense Department's National Guard Bureau.

Another 5,000 could be deployed by the day of the inauguration, he said.

They will come equipped with riot gear and weapons, but so far they have not been authorized to arm themselves while on the streets of the US capital, he said.

Before he announced his departure, Wolf also ordered an acceleration of preparations by the Secret Service, citing "events of the past week and the evolving security landscape."

Preparations for the event were moving quickly. A security fence has been built around the entire grounds of the Capitol, where Biden will take the oath of office as Trump's successor.

Still angry about last Wednesday's violence, in which five people died, including a protestor shot dead by police and a police officer who was attacked dying from injuries, Washington mayor Muriel Bowser appealed to Biden backers to stay away from the US capital on inauguration day.

Normally hundreds of thousands of Americans, and sometimes more than a million, flock to Washington for the quadrennial event.

"We are asking Americans not to come to Washington DC for the 59th presidential inauguration on January 20 and to instead participate virtually," she said.

Organizers said the Democratic president-elect would use the occasion to foster national unity, faced by a country deeply divided over politics and hobbled by the coronavirus pandemic.

He will be sworn in at the Capitol in front of the National Mall filled with flags rather than the usual hundreds of thousands of spectators.

Afterwards, he and three former US presidents -- Trump won't attend -- will travel to Arlington National Cemetery, where thousands of US military war dead for veterans are buried, to lay a wreath.

But the preparations came as Democrats, accusing Trump of fomenting and applauding what they branded an "insurrection" and "coup" attempt last week, seek to force Trump from office prematurely.

That could further spark violence by Trump supporters, the FBI warns in a new internal advisory.

According to US media, he document says that far-right groups like the violent Boogaloo Boys are planning protests around the country timed to the inauguration.

One group, the FBI said, "warned that if Congress attempts to remove POTUS (Trump) via the 25th Amendment a huge uprising will occur," ABC News reported.