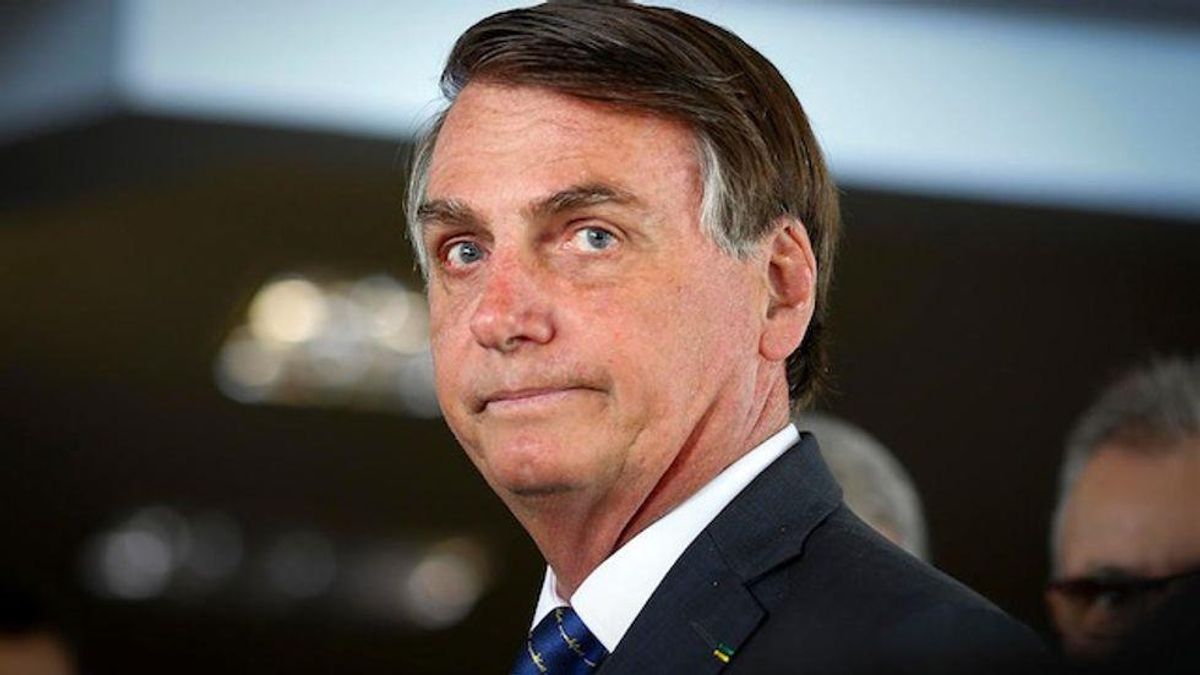 As Brazil's Covid-19 death toll surpassed 500,000 on Saturday, at least hundreds of thousands of protesters took to the streets of more than 400 cities across the nation and around the world to blame President Jair Bolsonaro for the grim pandemic milestone and demand his ouster.

"There are half a million people dead due to the negligence and denial of Bolsonaro."
—Benedita da Silva, PT

Chanting and holding signs with slogans including "Bolsonaro Out," "500,000 Deaths, It's His Fault," and "Vaccines Now," protesters called for the resignation or impeachment of the far-right president. Demonstrators also implored the government to ramp up vaccination efforts.

"He took every precaution, but he died of Covid because he wasn't vaccinated," Neuza told Rede Brasil Atual. "Last August Bolsonaro rejected batches of immunizations that could have already been applied to millions of Brazilians."

According to Folha de São Paulo, only 15% of Brazilians are fully vaccinated against the coronavirus, a sore point in a nation that prides itself on its historically successful vaccination drives.

At a massive protest in Rio de Janeiro, federal lawmaker Benedita da Silva of the left-wing Workers' Party (PT) told Brasil de Fato that "there are half a million people dead due to the negligence and denial of Bolsonaro."

"Thousands of people are no longer getting a plate of food, thousands are unemployed, without oxygen in hospitals, without assistance," said da Silva. "We are on the street to defend our country, our people, our lives, our culture, our education, our economy. We can no longer die of Covid or starvation."

In addition to #ForaBolsonaro protests across Brazil, solidarity demonstrations were also held Saturday in cities around the world, including Barcelona, Berlin, Helsinki, London, Los Angeles, New York, Tokyo, and Vienna.

Dubbed "Trump of the Tropics" by some of his opponents, Bolsonaro has dismissed Covid-19 as a "little flu" while refusing to follow or promote mask-wearing, quarantines, and social distancing, despite having contracted the virus last year. Bolsonaro has also encouraged large gatherings and disparaged vaccines.

Last month, lawmakers launched a probe of the president and his former Cabinet ministers to determine who is responsible for the country's botched pandemic response. At Saturday's demonstrations, former Health Minister General Eduardo Pazuello and Former Foreign Minister Ernesto Araújo were blasted for delaying negotiations for the purchase of Covid-19 vaccines.

Economy Minister Paulo Guedes was also condemned by protesters, some of whom demanded emergency aid payments of R$600 (about $118 U.S.) for the duration of the pandemic.

With about 100,000 new daily infections and around 2,000 people dying each day from Covid-19, Brazil is currently suffering the world's second-deadliest outbreak after India. The Ministry of Health reported 2,301 new deaths on Saturday.

Bolsonaro—a former army captain who has waxed nostalgic for the country's former U.S.-backed military dictatorship—has been beset by political, public health, and environmental crises amid an emerging progressive consensus for his impeachment.

On Sunday, Jornal do Brasil reported leftist parties and former allies of Bolsonaro are preparing to file a "super request" for impeachment that combines all 121 previous impeachment filings against him.

The "super request" accuses Bolsonaro of 21 different crimes, including offenses against the nation's political existence; hostility against foreign nations; obstruction and threats against lawmakers; subversion of political and social order; incitement of the armed forces to illegal acts; and failure to protect Brazilians, including Indigenous peoples, during the pandemic.

According to a PoderData poll published on May 27, 57% of Brazilians support Bolsonaro's impeachment.