Matter is what makes up the universe, but what makes up matter? This question has long been tricky for those who think about it – especially for the physicists. Reflecting recent trends in physics, my colleague Jeffrey Eischen and I have described an updated way to think about matter. We propose that matter is not made of particles or waves, as was long thought, but – more fundamentally – that matter is made of fragments of energy.

In ancient times, five elements were thought to be the building blocks of reality.

From five to one

The ancient Greeks conceived of five building blocks of matter – from bottom to top: earth, water, air, fire and aether. Aether was the matter that filled the heavens and explained the rotation of the stars, as observed from the Earth vantage point. These were the first most basic elements from which one could build up a world. Their conceptions of the physical elements did not change dramatically for nearly 2,000 years.

Then, about 300 years ago, Sir Isaac Newton introduced the idea that all matter exists at points called particles. One hundred fifty years after that, James Clerk Maxwell introduced the electromagnetic wave – the underlying and often invisible form of magnetism, electricity and light. The particle served as the building block for mechanics and the wave for electromagnetism – and the public settled on the particle and the wave as the two building blocks of matter. Together, the particles and waves became the building blocks of all kinds of matter.

This was a vast improvement over the ancient Greeks' five elements, but was still flawed. In a famous series of experiments, known as the double-slit experiments, light sometimes acts like a particle and at other times acts like a wave. And while the theories and math of waves and particles allow scientists to make incredibly accurate predictions about the universe, the rules break down at the largest and tiniest scales.

Einstein proposed a remedy in his theory of general relativity. Using the mathematical tools available to him at the time, Einstein was able to better explain certain physical phenomena and also resolve a longstanding paradox relating to inertia and gravity. But instead of improving on particles or waves, he eliminated them as he proposed the warping of space and time.

Using newer mathematical tools, my colleague and I have demonstrated a new theory that may accurately describe the universe. Instead of basing the theory on the warping of space and time, we considered that there could be a building block that is more fundamental than the particle and the wave. Scientists understand that particles and waves are existential opposites: A particle is a source of matter that exists at a single point, and waves exist everywhere except at the points that create them. My colleague and I thought it made logical sense for there to be an underlying connection between them. 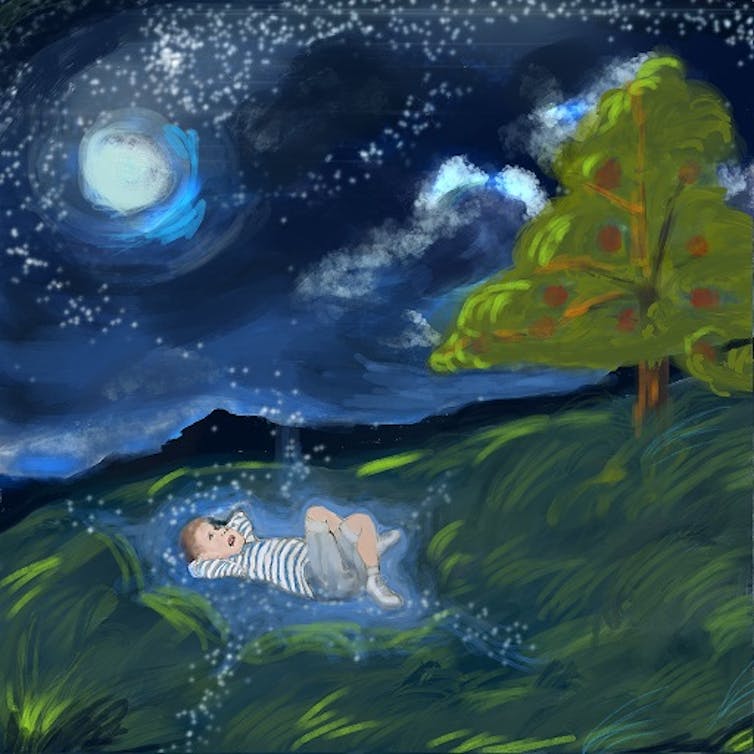 A new building block of matter can model both the largest and smallest of things – from stars to light.

Flow and fragments of energy

Our theory begins with a new fundamental idea – that energy always “flows" through regions of space and time.

Think of energy as made up of lines that fill up a region of space and time, flowing into and out of that region, never beginning, never ending and never crossing one another.

Working from the idea of a universe of flowing energy lines, we looked for a single building block for the flowing energy. If we could find and define such a thing, we hoped we could use it to accurately make predictions about the universe at the largest and tiniest scales.

There were many building blocks to choose from mathematically, but we sought one that had the features of both the particle and wave – concentrated like the particle but also spread out over space and time like the wave. The answer was a building block that looks like a concentration of energy – kind of like a star – having energy that is highest at the center and that gets smaller farther away from the center.

Much to our surprise, we discovered that there were only a limited number of ways to describe a concentration of energy that flows. Of those, we found just one that works in accordance with our mathematical definition of flow. We named it a fragment of energy. For the math and physics aficionados, it is defined as A = -⍺/r where ⍺ is intensity and r is the distance function.

Using the fragment of energy as a building block of matter, we then constructed the math necessary to solve physics problems. The final step was to test it out.

Back to Einstein, adding universality 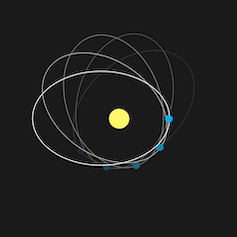 General relativity was the first theory to accurately predict the slight rotation of Mercury's orbit.

More than 100 years ago, Einstein had turned to two legendary problems in physics to validate general relativity: the ever-so-slight yearly shift – or precession – in Mercury's orbit, and the tiny bending of light as it passes the Sun.

These problems were at the two extremes of the size spectrum. Neither wave nor particle theories of matter could solve them, but general relativity did. The theory of general relativity warped space and time in such way as to cause the trajectory of Mercury to shift and light to bend in precisely the amounts seen in astronomical observations.

If our new theory was to have a chance at replacing the particle and the wave with the presumably more fundamental fragment, we would have to be able to solve these problems with our theory, too.

Our initial work demonstrated how a new building block is capable of accurately modeling bodies from the enormous to the minuscule. Where particles and waves break down, the fragment of energy building block held strong. The fragment could be a single potentially universal building block from which to model reality mathematically – and update the way people think about the building blocks of the universe.