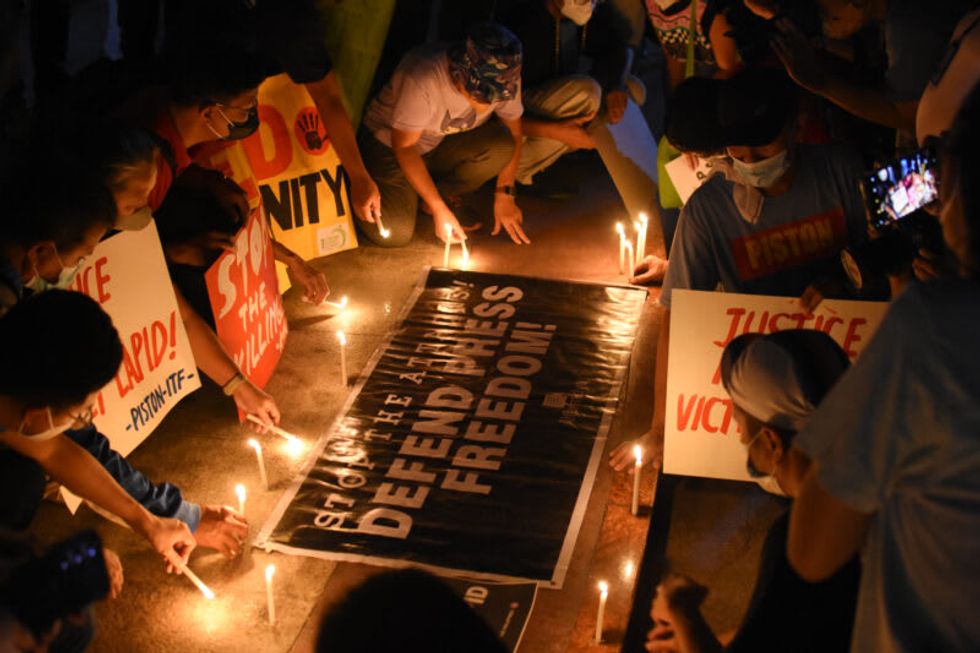 Various groups joined a candle-lighting protest to call for justice for the killing of radio broadcaster Percy Lapid. Source: Facebook post of Bulatlat, an independent news website, used with permission, Veteran journalist Percy Lapid, whose real name is Percival Mabasa, was killed by two unidentified persons on October 3 in Las Piñas, Metro Manila, Philippines. He is the second journalist killed under the government of President Ferdinand Marcos Jr., which came to power in July. Lapid was a radio commentator through his show “Lapid Fire” which aired daily on DWBL station and broadcast live on...