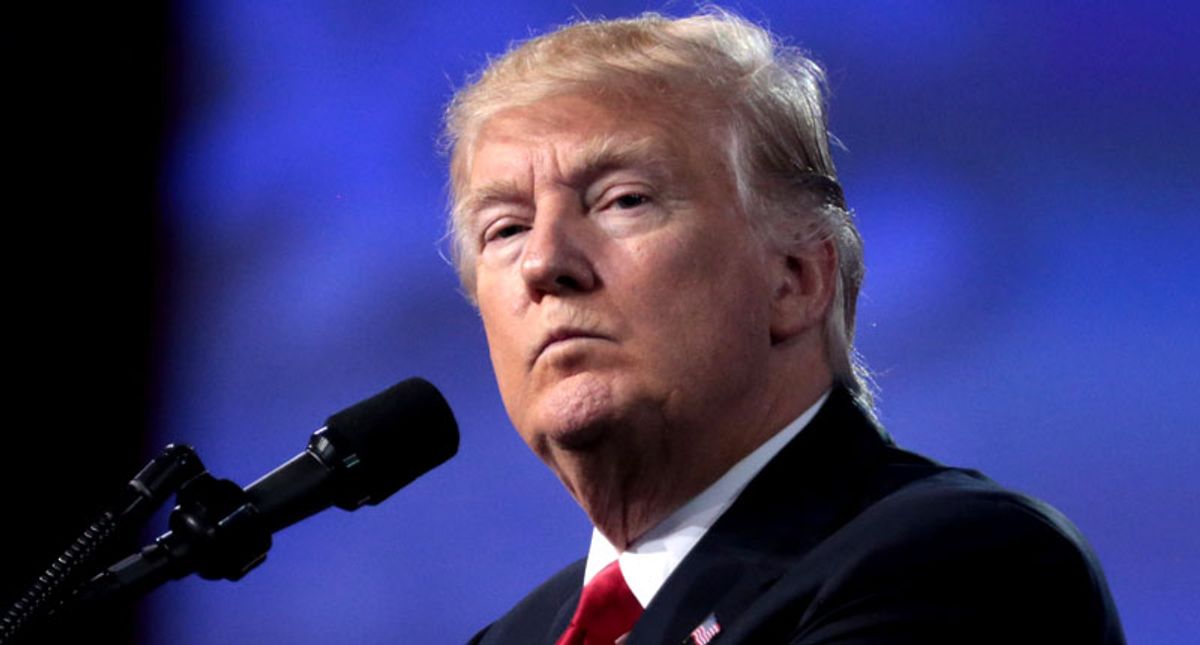 The annual Conservative Political Action Conference (CPAC) is this week, and it will feature ex-President Donald Trump as its keynote speaker – the first time he will speak in public since President Joe Biden was inaugurated.

The theme of this year's event is "America uncanceled," which is ironic since the organization that runs CPAC, Matt Schlapp's American Conservative Union, just canceled one of its scheduled speakers.

That speaker, Young Pharaoh, has made statements CPAC is now calling "reprehensible."

We have just learned that someone we invited to CPAC has expressed reprehensible views that have no home with our conference or our organization. The individual will not be participating at our conference.
— CPAC 2021 (@CPAC) February 22, 2021

On Twitter Young Pharaoh repeatedly posts about pedophilia, including linking it to LGBTQ people, Christianity, and the Biden family. Some of his tweets appear to echo QAnon and other conspiracy theories.

I JUST FINISHED A VIDEO OF A 20 YEAR #HOLLYWOOD DIRECTOR COMFIRMING THAT #SATANIC ELITES ALL AROUND THE WORLD SACRIFICE CHILDREN IN A 150 #BILLION DOLLAR INDUSTRY OF #SATANISM & #PEDOPHILIA.. THEY USE #CHILDREN BECAUSE THEY ARE THE CLOSEST TO GODS CREATION#DESTROYTHEM #NOW
— Young Pharaoh™ 𓂀 (@PHARAOH_ATEN_) August 3, 2020

Media Matters reports Young Pharaoh "has told followers that Judaism is a 'complete lie' and 'made up for political gain,' said that Jewish people are 'thieving fake Jews,' tweeted that 'all the censorship & pedophilia on social media is being done by Israeli Jews,' and claimed that 'all of these big tech [companies], media, & social media platforms are controlled by CCP & Israel through Jewish CEO & corrupt Democrats.'"

"He's additionally promoted the QAnon and Pizzagate conspiracy theories and falsely claimed that coronavirus vaccines will 'alter your DNA.'"

Here are two recent tweets from Young Pharaoh, who is scheduled to speak at this week's @CPAC conference.
In one, he said "Christianity is based upon pedophilia." In another, he said that the "intellectual property of Caucasian people" is pedophilia and beastiality. pic.twitter.com/XfFQteDpIL — Nick Martin (@nickmartin) February 22, 2021