Trump celebrates Ashli Babbitt in lie-filled Fox News interview: 'There was such love at that rally' 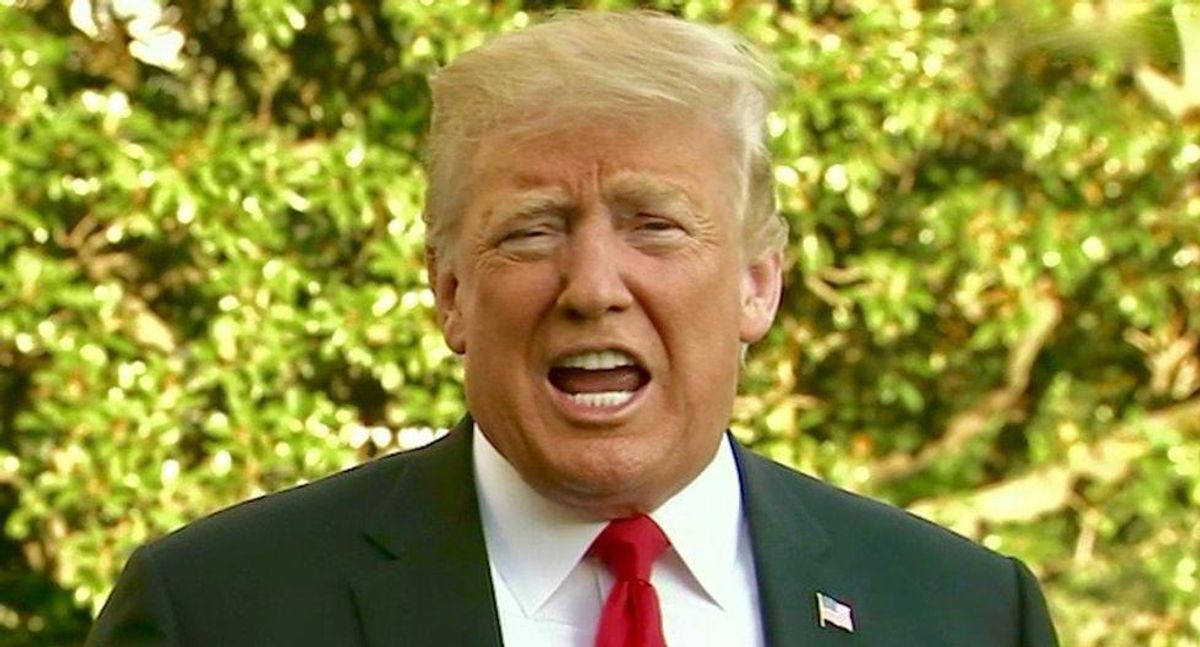 Fox News host Maria Bartiromo on Sunday allowed former President Donald Trump to lie about his loss in the 2020 presidential election and his incitement of the Jan. 6 attack on the U.S. Capitol.

During an interview on Fox News, Trump told Bartiromo that he won the "rigged" election in a "landslide," which is not true.

Trump also defended his supporters who rioted at the Capitol on Jan. 6.

"There was a rally called," he explained. "It was called by people -- patriots and they asked me if I'd speak and I did and it was a very mild-mannered speech."

"There was such love at that rally," the former president continued. "They were there for one reason: the rigged election. They felt the election was rigged and that's why they were there and they were peaceful people, these were great people. The crowd was unbelievable. And I mentioned the word love. The love in the air, I've never seen anything like it."

Trump also defended rioter Ashli Babbitt, who was killed after she invaded the Capitol.

"Who is the person who shot an innocent, wonderful, incredible woman?" he asked. "Who shot Ashli Babbitt? People want to know. And why?"