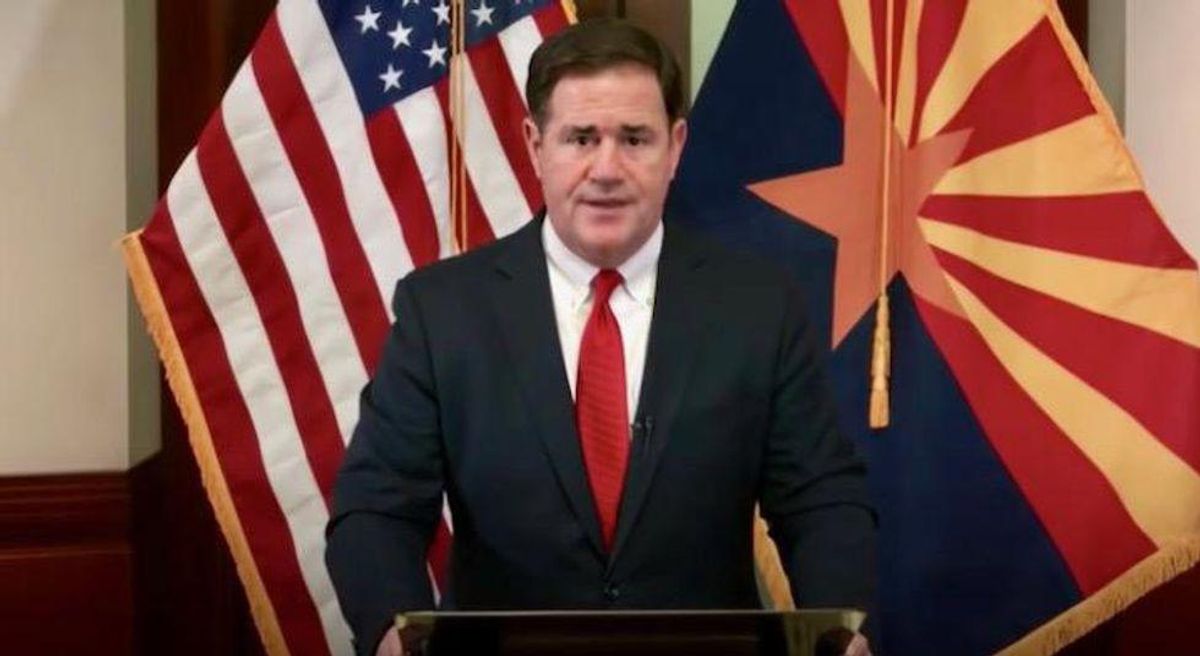 On Tuesday, The Arizona Republic reported that the FBI is investigating several current and former staffers of Gov. Doug Ducey (R-AZ) over an alleged deal they pushed through behind closed doors to give a tax break worth up to $100 million that would have favored one of the governor's campaign backers.

"Grant Nulle, former deputy director at the Department of Revenue, said an FBI agent contacted him in mid-July, shortly after an Arizona Republic investigation uncovered how the Ducey administration had pushed the department to agree to refund sales taxes on fuel for mining companies, even though that tax had been in place for decades," reported Craig Harris. "The companies that stood to benefit were represented by Texas tax firm Ryan LLC, founded by Ducey supporter G. Brint Ryan. The top three deputies in Ducey's administration left their government jobs and went to work for Ryan to push for the tax refund."

The dispute turned on whether diesel fuel should be given a tax exemption as "mining equipment" — which Ryan's firm insisted it should be, even though state law had never been interpreted that way. The refund itself ultimately did not go through, because Arizona Attorney General Mark Brnovich persuaded an appeals court to rule against Ryan's firm — but before that ruling, many of Ducey's top staffers were privately pushing the Revenue department to settle the case for a large payout.

According to the report, the case could implicate a number of major Ducey allies, including former Chief of Staff Kirk Adams, former Deputy Chief of Staff Danny Seiden, who heads the Arizona Chamber of Commerce & Industry, and former General Counsel Mike Liburdi, who was appointed by former President Donald Trump as a federal judge for the District of Arizona.

The controversy comes as Ducey is also facing threats from the Biden administration to claw back federal funds he has earmarked specifically for schools that do not impose COVID-19 mask mandates.