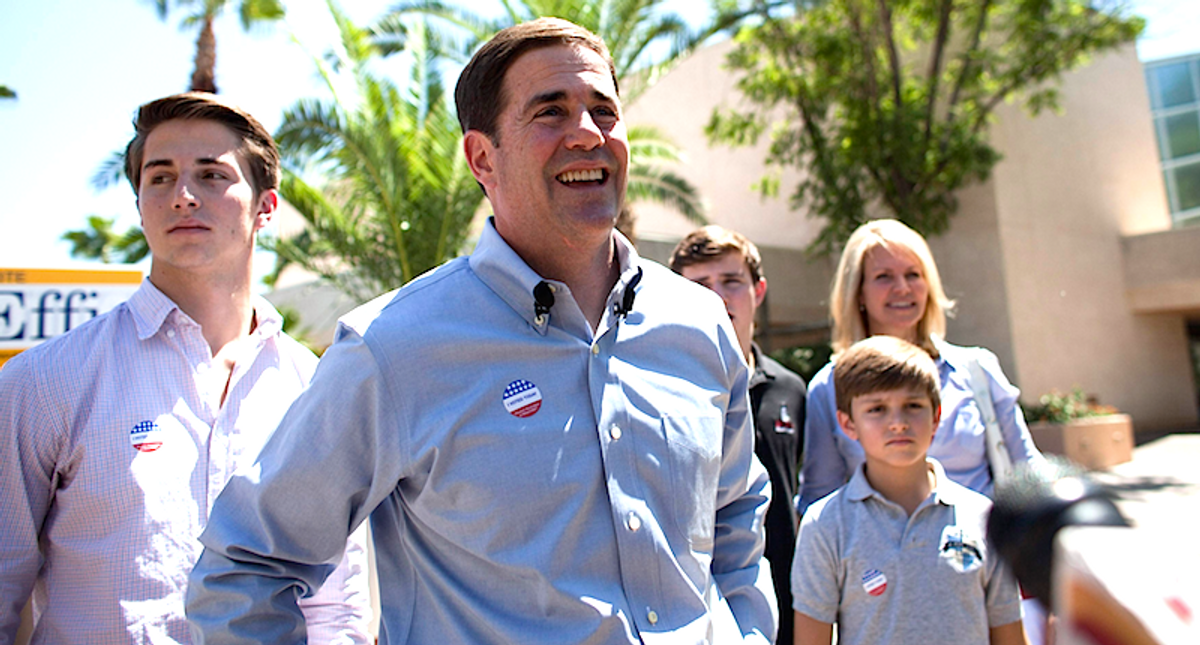 On Thursday, KGUN reported that the Biden administration is threatening to take back $163 million in federal grants to Arizona if Republican Gov. Doug Ducey follows through with a plan to distribute it only to school districts that do not impose mask mandates.

"The Secretary of the U.S. Department of Education and the Treasury Department are backing up Congressman Raul Grijalva's opinion that Governor Ducey may be breaking the law with his plan to stop school districts from imposing mask mandates," reported Craig Smith. "Treasury says if he doesn't reverse course the Federal Government may force Arizona to give back the grant money."

Grijalva argued to Secretary of Education Miguel Cardona in a letter that Ducey's plan subverts the intent of federal funds marked to help schools reopen safely with minimal COVID-19 spread — and that he wants the Education and Justice Departments to make a formal ruling on whether Ducey's plan is illegal.

This report comes as the Biden administration is moving to crack down on Republican-controlled state governments that have declared war on public health officials for imposing COVID-19 safety measures.

When Gov. Ron DeSantis (R-FL) threatened to revoke the salaries of school superintendents who defy his executive order banning mask mandates, the Biden administration announced they could pay these superintendents directly and go around the governor. Several counties in Florida are moving forward with some form of mask requirements, including Miami-Dade and Broward Counties, two large, urban counties in the southern part of the state.