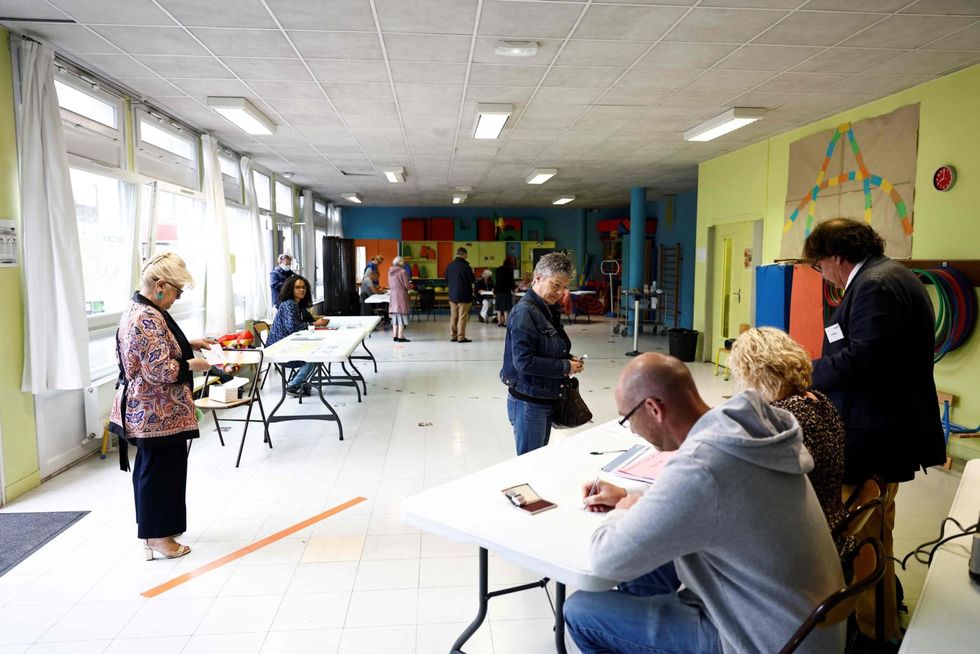 The first voters arrive at a polling station to cast their ballot in the second phase of the parliamentary elections. Sameer Al-Doumy/AFP/dpa

Several allies - including Cabinet ministers - of French President Emmanuel Macron are being forced to resign after losing their legislative seats in a less-than-stellar showing for the president's centrist bloc at weekend elections.

Macron's La Republique en Marche (The Republic on the Move, LREM) had hoped to build on his recent re-election and score a parliamentary majority in this month's elections, so the president would be able to push through his policies.

Instead, Sunday's run-off vote left LREM with 245 of 577 seats, making it the largest bloc, but still reliant on other parties if it hopes to get key legislation passed.

Before the vote, LREM members had agreed that any Cabinet officials who did not win a seat would step down. Thus, Marcon will be looking for replacements for Environment Minister Amélie de Montchalin and Health Minister Brigitte Bourguignon. Secretary of State for the Sea Justine Benin is also out of a job.

Other Macron allies who lost their seats include former interior minister Christophe Castaner and Richard Ferrand, the president of the National Assembly.

Opposition members are also demanding that Élisabeth Borne, appointed as prime minister just a month ago, should also step down in the wake of the vote. Government spokesperson Olivia Grégoire told broadcaster France Inter that the question had not come up yet and that the coming hours would determine Borne's fate.

Among the other parties, Sunday's vote left a left-wing alliance led by Jean-Luc Mélenchon in second place, with 131 seats. The far-right National Rally part of Marine Le Pen saw strong gains, putting it in third place with 89 seats.