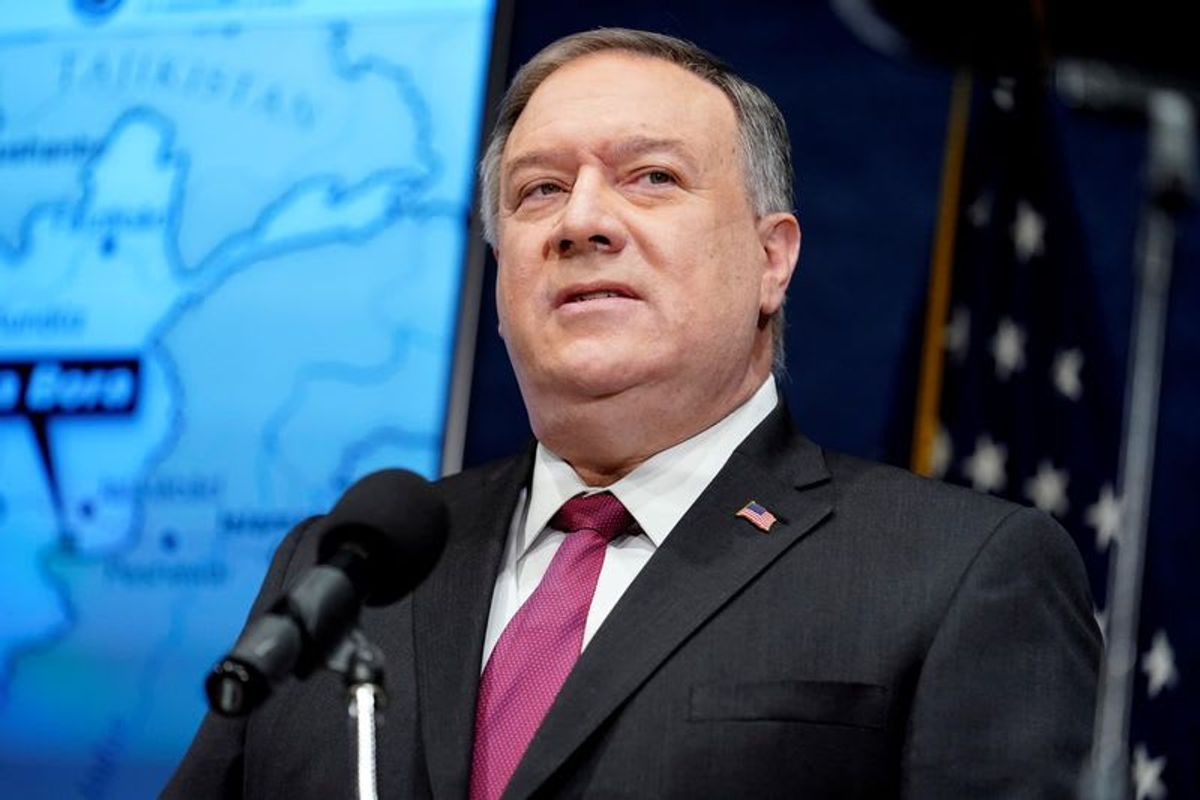 Abiding by the unwritten rule – for now – even disgraced former President Donald Trump has not criticized his newly-sworn in successor, but former Secretary of State Mike Pompeo just made clear he has no intention of observing such norms, even in the interest of statesmanship.

Unlike most former Trump appointees, Pompeo has a strong government background, yet he has chosen to criticize President Joe Biden just two weeks after leaving office.

Telling the world, “America is back, diplomacy is back at the center of our foreign policy," Biden delivered an internationally-acclaimed speech at the U.S. Department of State on Thursday, laying out his foreign policy vision.

Hours later, Pompeo hit the airwaves to attack it.

Gowdy had time in his 9-minute interview to bring up Benghazi, but no time to ask Pompeo, a likely 2024 presidential candidate, about his highly-controversial "Madison Dinners" – massive, taxpayer-paid, secretive events at the State Dept. filled with more donors than diplomats. He also didn't ask the former Secretary of State about firing the Inspector General who was investigating him and his alleged misuse of government staff and government funds. Nor about the allegedly improper arms sales Pompeo sidestepped Congress to approve. Gowdy did not even address reports that State Dept. personnel blocked a whistleblower's charges against Pompeo from being investigated.

But critics on social media were more than happy to remind America about Pompeo's time in office, and, as The New York Times reported last month, his "dubious legacy."

Pompeo has no business criticizing Biden about foreign policy. He talked about a "Second Trump term" after Biden was declared the winner of the election. His comments make him part of the insurrection.
— Tom Joseph (@TomJChicago) February 5, 2021

Mike Pompeo is just mad that his wife lost her Federally funded indentured servants, so now he has to actually take his own dry cleaning in.
— Jeremy Newberger (@jeremynewberger) February 5, 2021

Former Secretary of State Mike Pompeo lied to the world after the November election and said: “There will be a smooth transition to a second Trump administration." I don't care what Mike Pompeo thinks about President Biden. After defending Trump, this man has no credibility. pic.twitter.com/Y6IXAKojb9
— Keith Boykin (@keithboykin) February 5, 2021

Pres Biden has like 40 years of foreign policy experience. I will trust him. Pompeo was the worst SOS ever.
— marybl (@marybl62) February 5, 2021

Hey Pompeo remember only a short time ago a number of countries told you that you weren't welcome to visit their countries? 😂😂😂
— MARIE 👏Pres. Biden and Vice Pres. Harris 👏👏👏 (@MY_BORDERCOLLIE) February 5, 2021

The worst Secretary of State in the history of the country Mike Pompeo rebukes Biden's newly-announced foreign policy. And literally no one cares about his opinion.....
— 🖤🦋Rowan Moon🦋🖤 (@oXxRowanxXo) February 5, 2021

church bells rang throughout Paris when Biden was elected. The western world was jubilant that Trump didn't get a second term. Part of that joy was in knowing that Pompeo would no longer be secretary of state
— mckeonm (@mckeonmk) February 5, 2021