Why the Unification Church has become a headache for Japan's Kishida 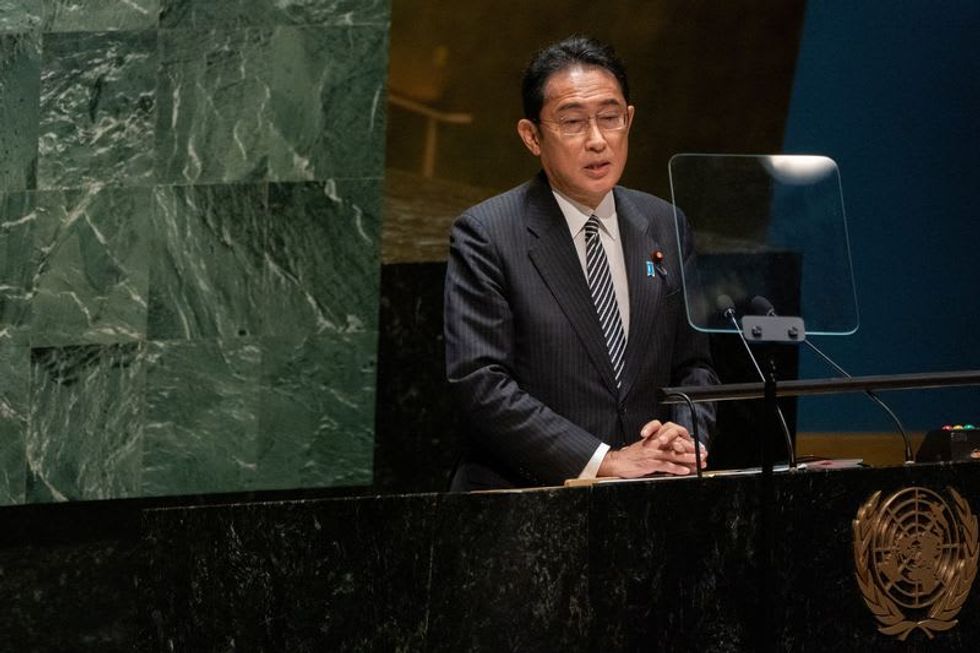 By Tim Kelly and Ju-min Park

TOKYO (Reuters) -Japan's Fumio Kishida is expected to reshuffle his cabinet on Wednesday, as his party's ties to the Unification Church have dented public support following the assassination of former premier Shinzo Abe last month.

Abe's suspected killer bore a grudge against the church, alleging it bankrupted his mother, and blamed Abe for promoting it, according to his social media posts and news reports.

Around a dozen other lawmakers from the ruling Liberal Democratic Party (LDP) have since disclosed connections to the church, which critics call a cult.

The church has confirmed the suspected gunman's mother was a member. It says it has been vilified and members have faced death threats since Abe's shooting.

Here's why the church is an issue.

The Family Federation for World Peace and Unification, known as the Unification Church, was founded in South Korea in 1954 by Sun Myung Moon, an anti-communist and self-declared messiah.

Japan was one of the first destinations in its international expansion, where Moon's conservatism aligned with the Cold War views of the ruling elite.

He launched the International Federation for Victory Over Communism group in the 1960s, building relations with Japanese politicians, according to church publications.

The church and the LDP share some views, opposing same-sex marriage and supporting revision of Japan's pacifist constitution, said Eito Suzuki, a journalist who studies lawmakers' relationships with religious groups.

The church built ties with politicians to attract followers and gain legitimacy, said Hiro Yamaguchi, a lawyer who has worked on cases against it. Politicians gained access to church members for help with campaigns, he said.

The church has said Abe was neither a member nor an adviser. He delivered a speech at an event hosted by a church affiliate last September, according to its website.

Former prime minister Nobusuke Kishi, Abe's grandfather, was an honorary executive chair at a banquet hosted by Moon in 1974, the International Federation for Victory Over Communism said on its website.

Support for Kishida's cabinet has fallen to the lowest since he took office in October at 46%, public broadcaster NHK said on Monday, with many poll respondents saying they wanted an explanation about ties to the church.

Kishida, who has said he has "no links" to it, said new cabinet members and new ruling party officials must "thoroughly review" ties with the church. [L1N2ZL04B]

The church has some 600,000 adherents in Japan out of 10 million globally, and Japan is the church's fourth-largest congregation, according to Ahn Ho-yeul, a Seoul-based spokesperson, although monitoring groups in Japan question the number.

Japan has been its biggest source of income for decades, the spokesperson said, partly due to the practice of trading religious items for donations.

These so-called spiritual sales by the Unification Church and other groups have cost followers nearly $1 billion and resulted in some 35,000 compensation claims since 1987, according to a lawyers group.

The church previously pledged not to solicit excessive donations after some members were convicted of illegal sales tactics following an investigation.

The suspect in Abe's murder said the church persuaded his mother to part with around 100 million yen ($736,000), according to his social media posts and news reports.

After the incident, the church said it had returned around $400,000 to the mother. It denied coercing her or declined to comment on the total sum.

(Reporting by Tim Kelly in Tokyo and Ju-min Park in Seoul; Editing by John Geddie, David Dolan and Simon Cameron-Moore)