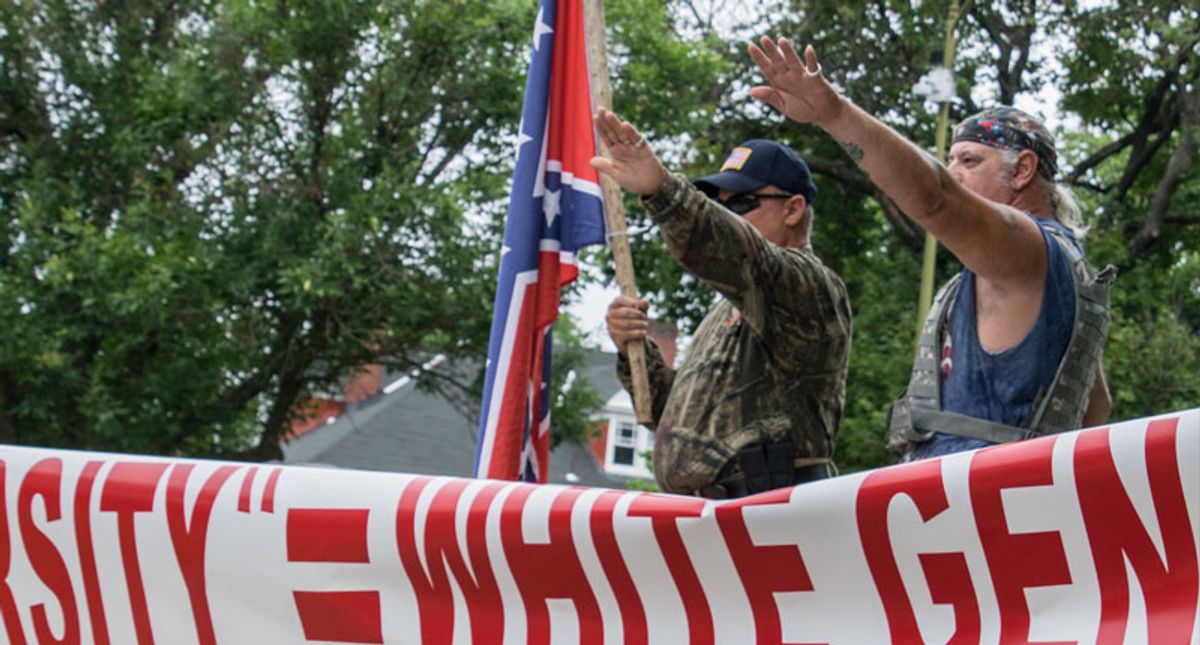 An internal FBI report warns that white supremacists are trying to join police departments and the United States military in order to wage a race war against nonwhite Americans.

The report, which was written by the FBI's division in San Antonio and was obtained by ABC News, claims that white supremacists will "very likely seek affiliation with military and law enforcement entities in furtherance of" their goals of sparking a race war within the United States.

The danger of having racist extremists infiltrate military and law enforcement, the FBI argues, is that they "almost certainly will gain access to non-public tradecraft and information, enabling them to enhance operational security and develop new tactics."

Rep. Jamie Raskin (D-MD) tells ABC News that the leaked report should be a wake-up call for the FBI to be more forthcoming about the threat of white supremacists joining law enforcement agencies.

"When we asked the FBI last year to testify about white supremacists executing plans to infiltrate law enforcement entities across America, the bureau refused and told us it had no evidence that racist infiltration was a problem," he said. "Now, the January insurrection -- and the growing evidence of off-duty law enforcement officers being involved in the attack on Congress -- and this newly leaked report confirm in my mind the FBI's failure to level with the American people."