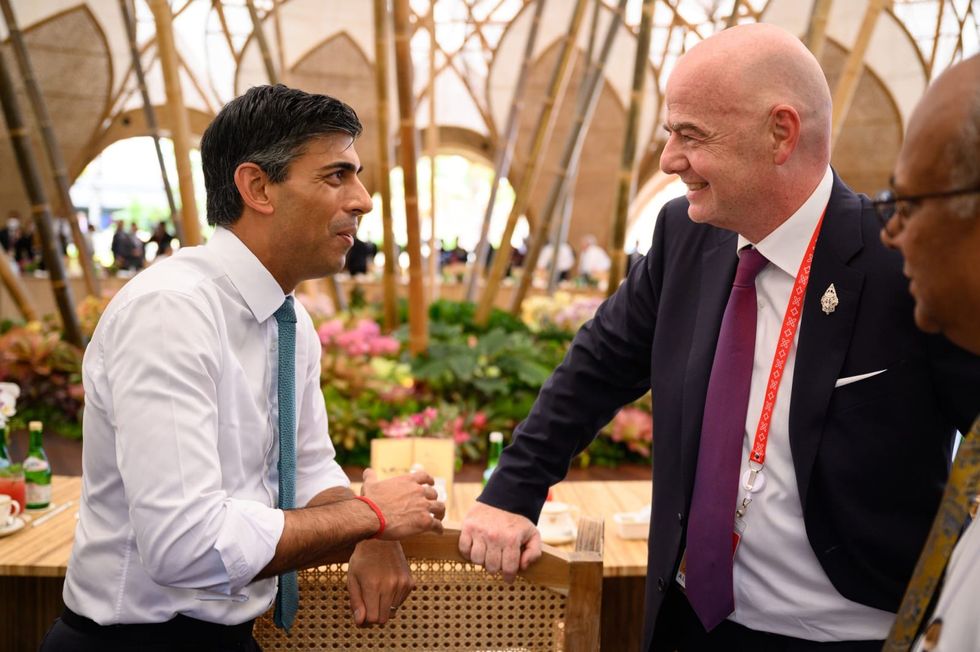 FIFA president Gianni Infantino has called on Russia and Ukraine to enter into a one month ceasefire during the World Cup in Qatar.

Infantino told leaders at a summit of the G20 group of major economies in Indonesia the World Cup provided a "unique platform" for peace and unity because the event will be watched by some 5 billion people on television.

"So my plea with all of you is to stay on a temporary ceasefire for one month for the duration of the World Cup," he said at a lunch with G20 leaders on the Indonesian resort island of Bali.

As an alternative, he proposed some humanitarian corridors "or anything that could lead to the resumption of dialogue as the first step to peace."

"You are the world leaders. You have the ability to influence the course of history," he added.

The World Cup begins in Qatar on Sunday amid widespread criticism of the country's human rights record, particularly regarding the workers who built the stadiums.

"International sports will fall apart" if participation is decided on political grounds, Bach told the same gathering in Bali.

"We need the participation of all athletes who accept rules even, especially if, their countries are in confrontation," he said.

Various international sports organizations have imposed sanctions on Russia and its athletes following its invasion of Ukraine.