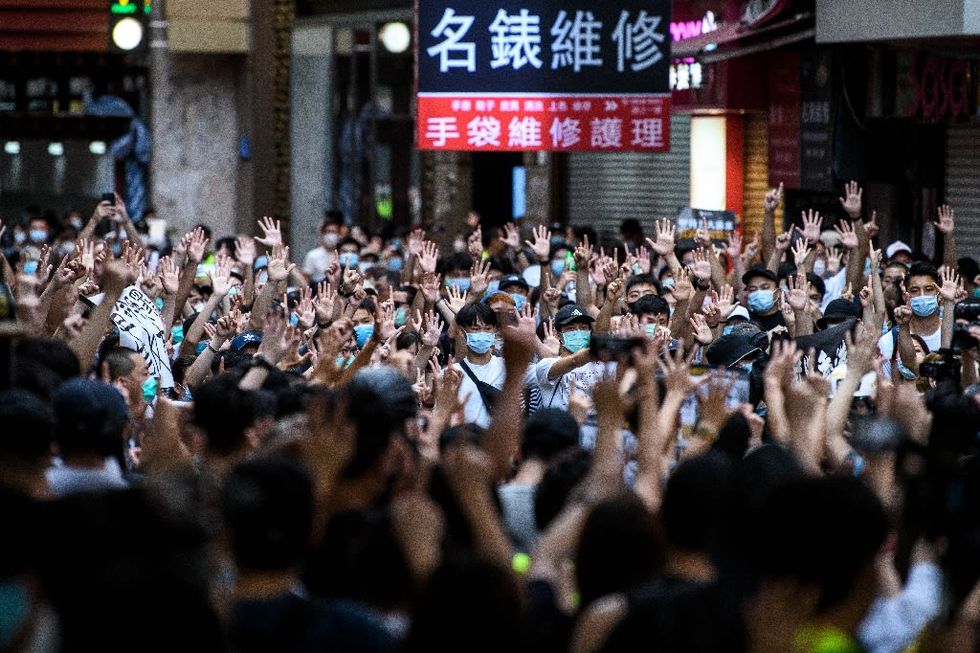 Massive democracy protests swept across Hong Kong in 2019, such as the rally pictured here in July

Hong Kong (AFP) - Five Hong Kong democracy protesters who reportedly fled to Taiwan have arrived in the United States intending to seek asylum, an activist group said on Saturday. Their escape follows the mass arrest of democracy figures in Hong Kong under a new national security law that is part of a mounting crackdown by China on the financial hub. The Hong Kong Democracy Council (HKDC), a US-based group, said it had welcomed a group of young activists to America this week and their journey had been "arduous and perilous". "The activists, all under the age of 30, took part in the ongoing pro...