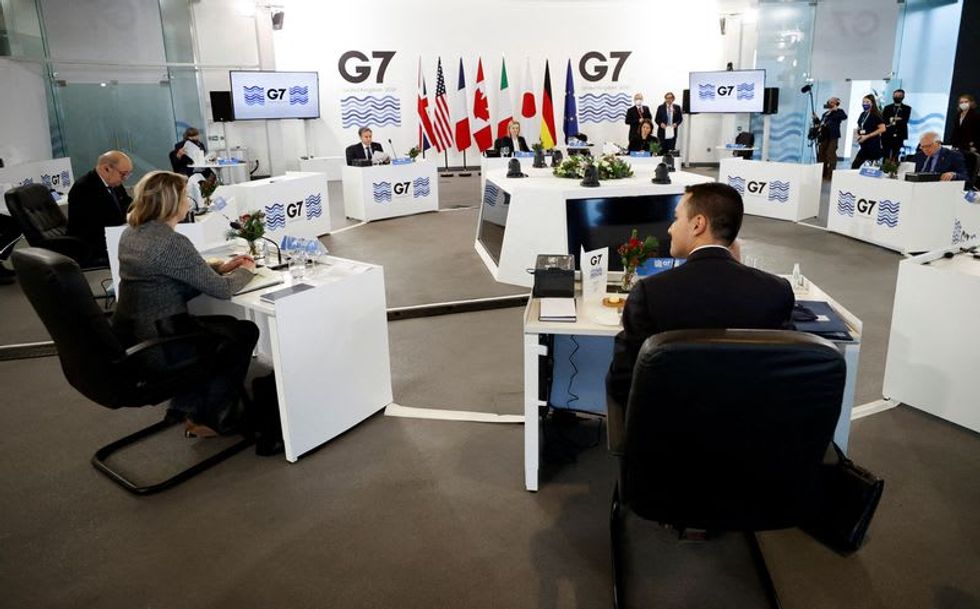 LIVERPOOL, England (Reuters) - The Group of Seven richest democracies warned Russia on Sunday of "massive consequences" if President Vladimir Putin attacked Ukraine, according to a draft statement seen by Reuters.

At a summit in the northern English city Liverpool, the G7 delegates said they were united in their condemnation of Russia's military build-up near Ukraine and they called on Moscow to de-escalate.

"Russia should be in no doubt that further military aggression against Ukraine would have massive consequences and severe cost," the draft statement said, confirmed by G7 sources.

Ukraine is at the centre of a crisis in East-West relations as it accuses Russia of massing tens of thousands of troops in preparation for a possible large-scale military offensive.

Russia denies planning any attack and accuses Ukraine and the United States of destabilising behaviour, and has said it needs security guarantees for its own protection.

The G7 comprises Britain, France, Germany, Italy, Japan, Canada and the United States, and includes a representative from the European Union.