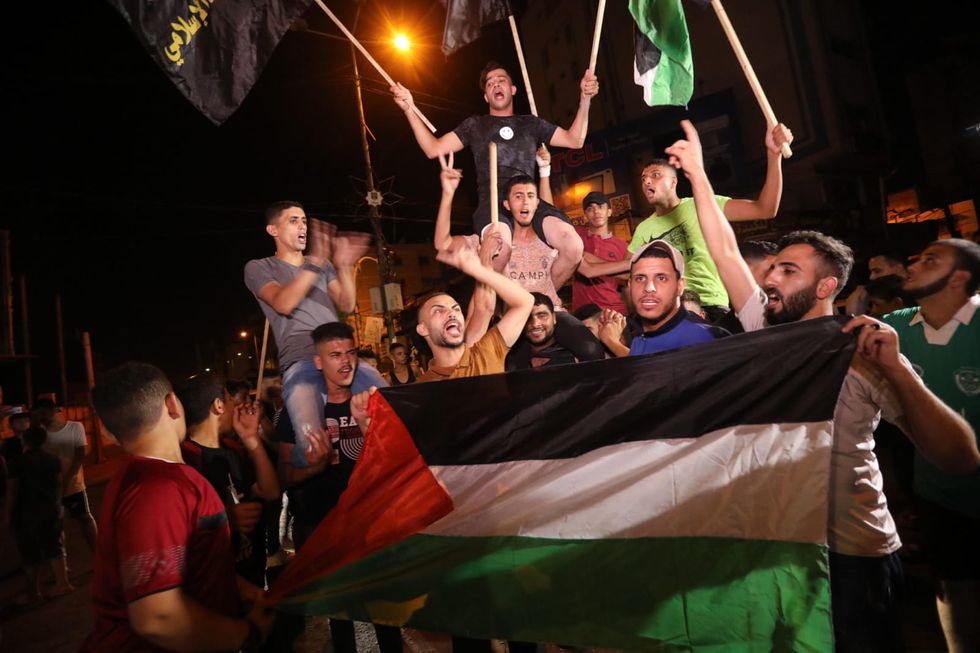 An Egyptian-brokered ceasefire to halt a flare-up in fighting by Israel and Palestinian militants was holding on Monday.

An Israeli army spokesperson said no new rockets had been fired at Israel from the Gaza Strip since the ceasefire to end three days of violence that Palestinians said left more than 40 dead took effect late Sunday.

The Israeli army had not attacked any new targets in the coastal enclave, she said.

Israel on Monday also announced the re-opening of border crossings into the Mediterranean coastal strip for humanitarian deliveries.

The Israeli military had launched the "Breaking Dawn" military operation on Friday with airstrikes against Islamic Jihad in the Gaza Strip. Two military chiefs were killed during the operation.

The group, closely linked to Israel's arch-enemy Iran, is classified as a terrorist organization by the United States and European Union.

Israel Defense Forces said the group had been planning a major attack along the border involving anti-tank missiles and so pre-emptive action was taken by launching a wave of strikes against Islamic Jihad positions in Gaza.

Tensions began to rise with the arrest of an Islamic Jihad leader in the West Bank, Bassem Saadi, last Monday.

Since Friday, Palestinian militants have fired more than 1,000 rockets at Israeli settlements, according to the Israeli military, with some 200 hundred of them falling short and hitting the Gaza Strip.

In Gaza, 44 people have been killed and 360 injured since Friday, according to the Palestinian Health Ministry on Sunday evening.

Among the dead were said to be 15 children and four women.

There have been no reported deaths in Israel, with the Iron Dome defence system intercepting most of the rockets.