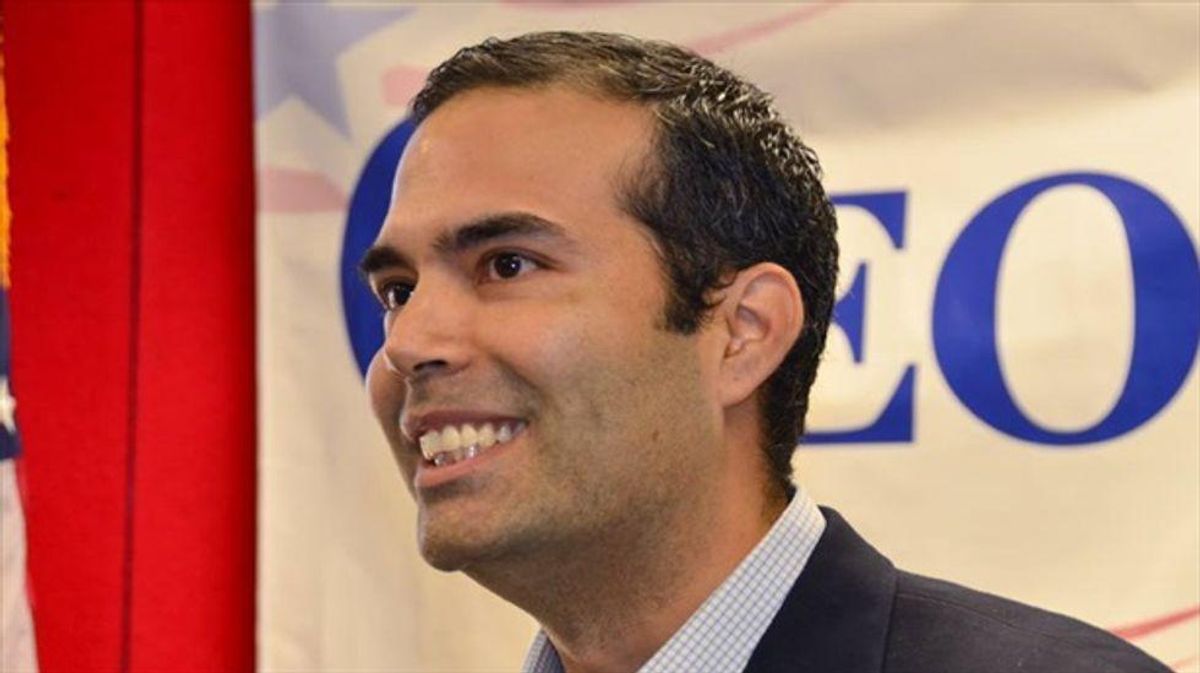 Land Commissioner George P. Bush kicked off his attorney general campaign by outraising the incumbent, fellow Republican Ken Paxton, and another primary challenger, former Texas Supreme Court Justice Eva Guzman. But Paxton has more money saved up for the battle than both of his opponents.

According to campaign finance reports released Friday, Bush raised $2.3 million over the last 10 days of June, while Paxton took in $1.8 million and Guzman collected $1.1 million. The campaigns had announced those figures earlier in the week, making clear Bush would be the fundraising leader for the period.

The filings that came out Friday, though, showed Paxton with a clear cash-on-hand advantage — $6.8 million in reserves. Bush reported $2.7 million in cash on hand, while Guzman disclosed $611,000.

The GOP primary for attorney general is shaping up to be one of the hottest statewide contests of the election cycle, with Paxton facing the two opponents amid an FBI investigation into claims that he abused his office to help a wealthy donor and a long-running securities fraud indictment. He has denied wrongdoing in both cases.

Making the primary even more dramatic is the fact that former President Donald Trump has teased an endorsement in the race.

Huffines announced his Abbott challenge in early May, and his campaign claimed last week that he "raised over $9.1 million since entering the race." However, his report shows that was a misleading claim — his campaign had $9.1 million in receipts, but $5 million of it came via Huffines himself. He directly loaned himself $500,000 and secured a bank loan of $4.5 million that he guaranteed.

Abbott, meanwhile, announced last week that he raked in over $18.7 million during the last 10 days of June and had $55 million cash on hand, a massive war chest even by the high fundraising standards Abbott has previously set. Huffines disclosed a cash-on-hand balance of $7.6 million.

Abbott's full report, including information on his donors, was not immediately available Friday morning.

Huffines, however, had a top contributor in his brother, Phillip Huffines, who gave $2 million.

Bush got some of his biggest contributions in installments of $100,000 each from Dallas oil mogul Trevor Rees-Jones, Woodlands lawyer Arnulfo Eduardo Treviño Garza and H.H. 'Tripp' Wommack Ill, the CEO of a Midland oilfield services company.

Guzman's donor list was led by Texans for Lawsuit Reform, the tort reform group that backed her quickly after she launched her bid. She got $200,000 from TLR, as well as $100,000 from its founder, Dick Weekley.

As her campaign promised Monday, Guzman attracted donations from some top Texas GOP donors. She got $100,000 from Dallas billionaire businessman Robert Rowling, for example. At least one of the names touted by Guzman's campaign, Woody Hunt, also gave to Bush.

The land commissioner hailed his fundraising success as another sign that Texas Republicans are ready to move on from the embattled Paxton. Bush said in a statement Monday — after it became clear he had outraised Paxton and Guzman — that "the message here is clear — Texans demand accountability from our Attorney General's office."

While Guzman's campaign touted her prominent donors earlier in the week, a Bush friend and fundraiser, Jay Zeidman, said he saw a distinction with the crowd that his candidate has been attracting.

"I think it's just a stark contrast to the old establishment trying to hand-select a candidate versus this next generation candidate in George P.," Zeidman said. "I look around at the people helping him, supporting him, raising money — it's not a room full of a bunch of old guys. It's an incredibly energetic, very diverse group of people."

On the Democratic side of the race, the candidates include Joe Jaworski, a Galveston lawyer and former mayor of the city, and Lee Merritt, the well-known civil rights attorney from North Texas.

Jaworski raised $452,000 during the first half of the year, according to his latest TEC filing, and ended the period with a balance of $525,000. Merritt did not officially announce his campaign until Tuesday — after the period covered by the latest reports — though he has had a TEC account open since early June and reported $100,000 in donations from Real Justice PAC, a national group that mainly works to elect progressive prosecutors at the local level.

Outside the contests for governor and attorney general, Democrats have a candidate for lieutenant governor, Mike Collier, who reported raising $757,000 through June after announcing his intent to run in early April. He spent $509,000 for a balance of $203,000.

Collier is running against the Republican incumbent, Dan Patrick, again after losing by 5 percentage points in 2018. Collier's campaign said the $757,000 haul represented a "massive fundraising increase compared to his 2018 run."

Still, Patrick remained far ahead of Collier in the money race on the latest filings, showing $5 million raised and $23.6 million cash on hand.

This article originally appeared in The Texas Tribune at https://www.texastribune.org/2021/07/16/george-p-bush-ken-paxton-texas-2022/.