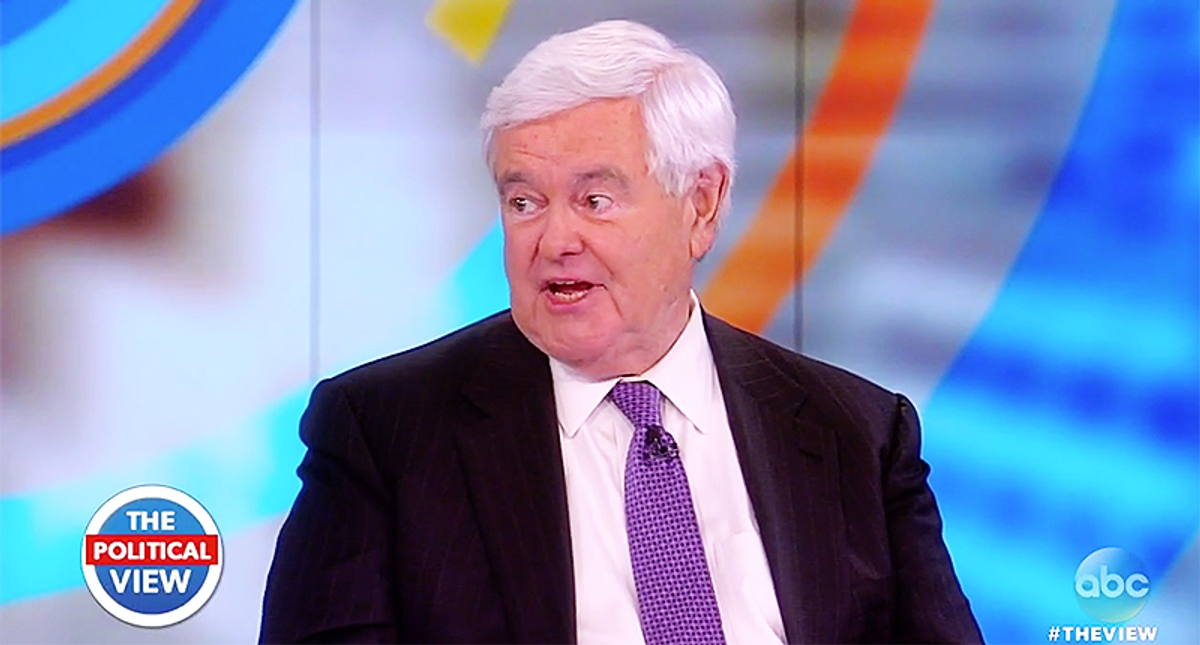 Gingrich, a regular contributor to Fox News used the highly charged language in a tweet that read, "AOC (152,661 votes) and Maxine Waters (152,272 votes) are part of lynch mob trying to destroy Congresswoman Marjorie Greene (229,827 votes).they should calm down and read the history of John Wilkes in the 1770s and the principle that the people's vote matters more than parliament."

It did not go unnoticed that former Georgia politician cited only two women of color in his attack in his defense of the white Taylor Greene, which led to a furious backlash as you can see below:

Your reminder that conservatives will appropriate any term (in this case lynch mob) to advance their own self -abso… https://t.co/w6NXXi5Sqp
— Tadhg (@Tadhg)1612058496.0

@AyannaPressley Gingrich would blend seamlessly in a historical lynch mob. Yet he attempts the Freudian gambit to p… https://t.co/0RLYmQdMIY
— Keith Williams (@Keith Williams)1612068280.0

@newtgingrich You GOP people love to use the term "lynch". Amazing how you all have that as part of your everyday vocabulary. Says so much.
— Lana DaFree (@Lana DaFree)1612060525.0