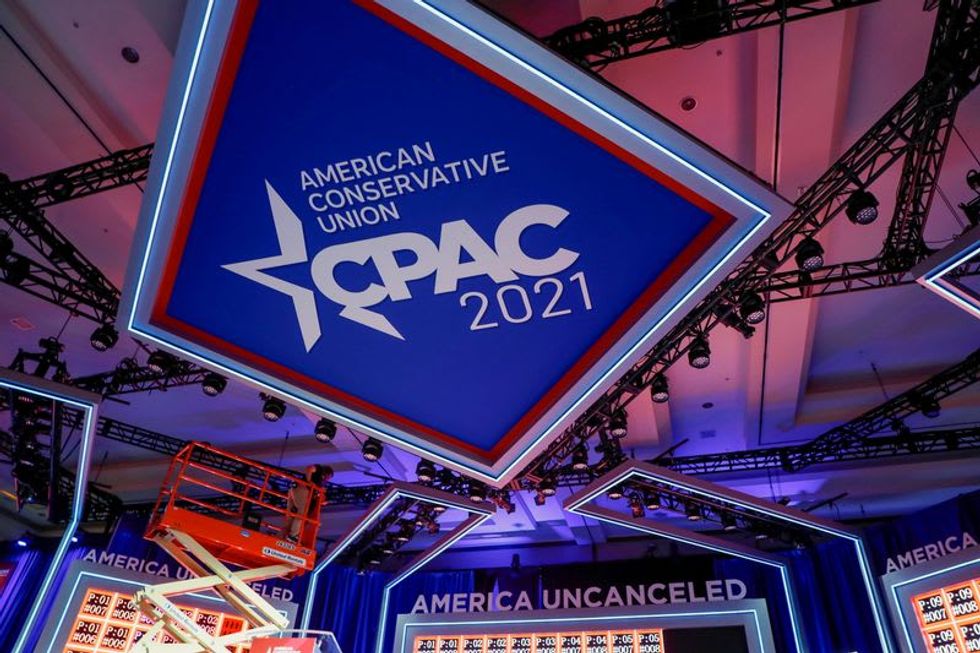 WASHINGTON (Reuters) - Hyatt Hotels Corp called symbols of hate "abhorrent" on Sunday after the design of a stage at the Conservative Political Action Conference at one of its hotels drew comparisons to a Norse rune used by Nazis during World War Two. High-profile Republicans including former President Donald Trump are attending the four-day event in Orlando, Florida, as conflict rages between Trump allies and establishment politicians trying to distance the party from him. A photo of the CPAC stage went viral on social media on Saturday, with thousands of Twitter users sharing posts comparing...