WATCH: Ilhan Omar slams 'racist' GOPers who tried to take her down in retaliation for Marjorie Taylor Greene 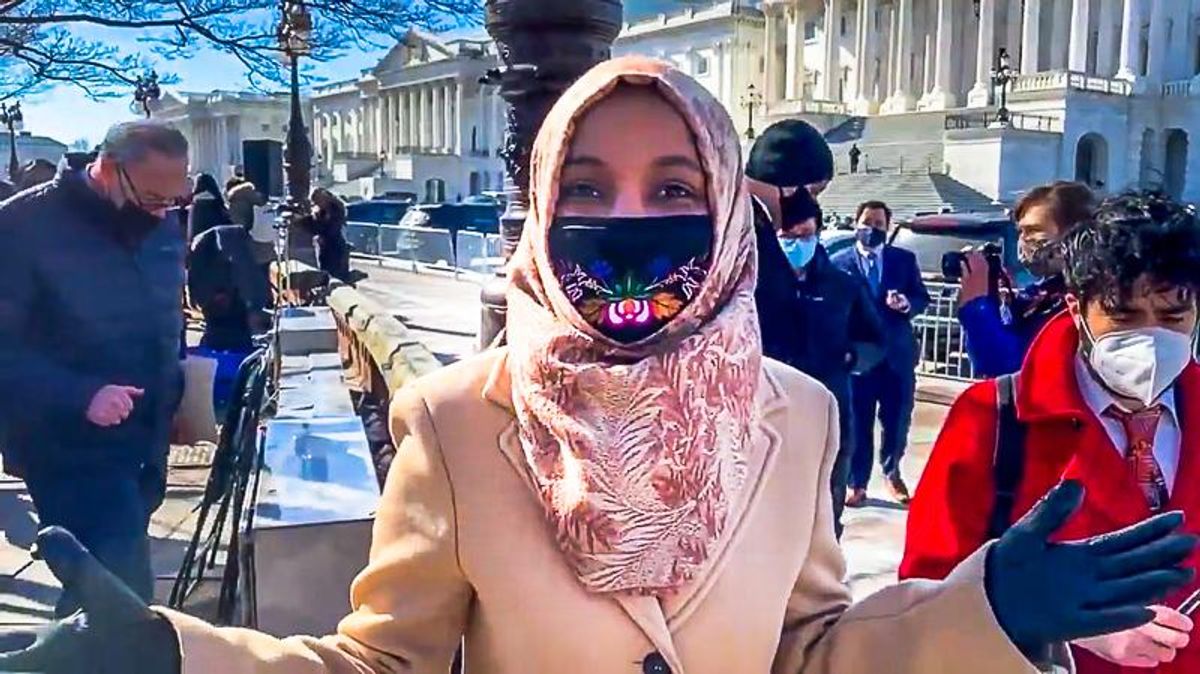 Rep. Ilhan Omar (D-MN) on Thursday lashed out at Republicans who attacked her in retaliation after Democrats called for Rep. Marjorie Taylor Greene (R-GA) to be punished for spreading dangerous QAnon conspiracy theories.

"It's a ridiculous distraction," Omar said. "Obviously we can see it is racist, Islamophobic, hate-filled smear."

"Their hate has really been as common as their inability to do anything right," she added, referring to Republican leadership.