Trump's unique brand of American fascism is still haunting us 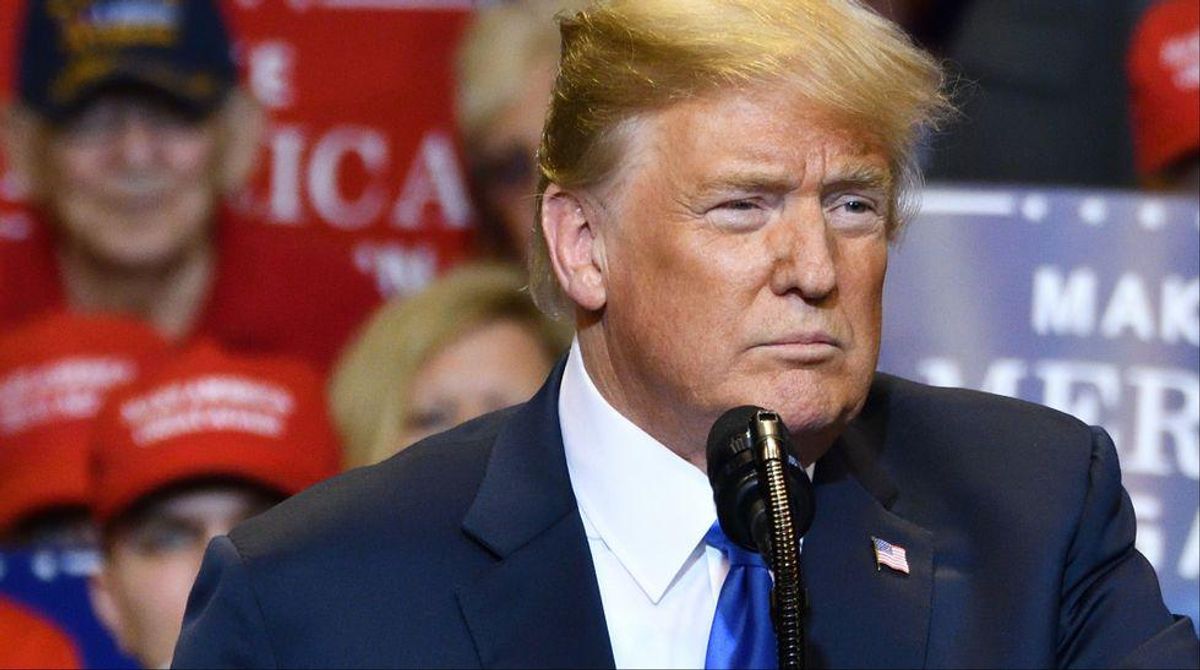 Donald Trump was no ordinary conservative American president. Far from it.

But how should we describe his presidency and the Make America Great Again political movement he spawned? Is it sufficient to refer to Trump and his MAGA supporters as anti-democratic or authoritarian, as many in the liberal mainstream press have written for the past five years?

I don't think so.

I believe that is a wholly inadequate and ultimately self-defeating response. We cannot afford to label Trump as just another demagogue or to refer to the MAGA movement as just another rightwing populist upsurge if we hope to preserve American democracy.

It's past time to call Trump and his movement what they are: fascist.

Trump was the first American fascist president. And he remains a fascist to this day.

I sounded these warnings in opinion columns, beginning in 2015, published by such outlets as Truthdig, The Progressive Magazine, AlterNet, Raw Story, Salon, The National Memo, Bill Moyers.com, and many others.

Any rational discussion has to begin with a definition, and when it comes to fascism, there are many to examine.

Although it is an emotionally loaded and often misused term, fascism is as real today as a political and cultural force, a set of core beliefs and a mode of governance as it was when Benito Mussolini founded the Italian Fascist Party in 1919 and declared himself dictator six years later.

As the celebrated Marxist playwright Bertolt Brecht wrote in 1935, fascism "is a historic phase of capitalism … the nakedest, most shameless, most oppressive and most treacherous form of capitalism." Trumpism, along with its international analogs in Brazil, India and Western Europe, neatly accords with Brecht's description.

Another instructive definition is the one proffered by political scientist Robert Paxton in his classic study " The Anatomy of Fascism" (Harvard University Press, 2004):

"Fascism may be defined as a form of political behavior marked by obsessive preoccupation with community decline, humiliation, or victimhood and by compensatory cults of unity, energy, and purity, in which a mass-based party of committed nationalist militants, working in uneasy but effective collaboration with traditional elites, abandons democratic liberties and pursues with redemptive violence and without ethical or legal restraints goals of internal cleansing and external expansion."

Trump and Trumpism similarly embody the 14 common factors of fascism identified by the great writer Umberto Eco in his 1995 essay, Ur Fascism.

Nor is fascism a foreign phenomenon restricted to South American banana republics or failed European states. As University of London professor Sarah Churchwell explained in a June 22, 2020 essay published in the New York Review of Books, fascism has deep roots in the United States, spanning the decades from the resurgence of the Ku Klux Klan in the 1920s to the rise of the German-American Bund in the 1930s, the ascendance of Depression-era demagogues like Huey Long, and the election of Trump in 2016.

Churchwell's article is aptly titled, "American Fascism: It Has Happened Here." In it, she offers a working definition of fascism, noting that fascist movements, both past and present in America and abroad, are united by "conspicuous features [that] are recognizably shared." These include:

"[N]ostalgia for a purer, mythic, often rural past; cults of tradition and cultural regeneration; paramilitary groups; the delegitimizing of political opponents and demonization of critics; the universalizing of some groups as authentically national, while dehumanizing all other groups; hostility to intellectualism and attacks on a free press; anti-modernism; fetishized patriarchal masculinity; and a distressed sense of victimhood and collective grievance. Fascist mythologies often incorporate a notion of cleansing, an exclusionary defense against racial or cultural contamination, and related eugenicist preferences for certain 'bloodlines' over others."

Looking back on the anti-immigrant rhetoric and scapegoating Trump used in the 2016 presidential campaign, we can see these features at work. We can also see them in his desperate efforts to retain power after losing the 2020 presidential election, in the January 6 insurrection and in his continued adherence to the "big lie" of the stolen election. These are only some of the most obvious signposts of a new American form of fascism.

The good news is that more and more influential voices have come to realize and recognize Trump as a fascist.

"I resisted for a long time applying the fascist label to Donald J. Trump. He did indeed display some telltale signs. In 2016, a newsreel clip of Trump's plane taxiing up to a hangar where cheering supporters awaited reminded me eerily of Adolf Hitler's electoral campaign in Germany in July 1932, the first airborne campaign in history, where the arrival of the Führer's plane electrified the crowd. Once the rally began, with Hitler and Mussolini, Trump mastered the art of back-and-forth exchanges with his enraptured listeners. There was the threat of physical violence ("lock her up!"), sometimes leading to the forceful ejection of hecklers. The Proud Boys stood in convincingly for Hitler's Storm Troopers and Mussolini's squadristi. The MAGA hats even provided a bit of uniform. The America First" message and the leader's arrogant swagger fit the fascist model….

"Trump's incitement of the invasion of the Capitol on January 6, 2020 removes my objection to the fascist label. His open encouragement of civic violence to overturn an election crosses a red line. The label now seems not just acceptable but necessary."

In a July 2021 article in The Atlantic, David Frum, a longtime Republican and former speechwriter for George W. Bush, put it this way:

"Trump's no Hitler, obviously. But they share some ways of thinking. The past never repeats itself. But it offers warnings. It's time to start using the F-word again, not to defame—but to diagnose."

Psychologist Mary Trump, the disgraced ex-president's niece, unabashedly uses the fascist label to describe her uncle, referring him as such in a September 2021 interview with Business Insider:

"He is a fascist. But he probably doesn't know what fascist means.

"He thinks he deserves all the power in the world just because of who he is. In his mind, he's always at the center of the universe and thinks he should be deferred to even though he's ignorant, the weakest, and the least intellectually curious person I've ever met."

It's time for more of us to recognize, denounce and reject Trump and his most ardent and violent MAGA acolytes for what they: a fascist plague that threatens everything we hold near and dear.

President Joe Biden has a goal for all U.S. electricity to come from zero-carbon sources by 2035. To get there, he's counting on Congress to approve an ambitious package of incentives and penalties designed to encourage utilities to clean up their power sources. That plan, part of the Democrats' proposed budget package, may be in trouble.

Sen. Joe Manchin, a West Virginia Democrat who has close ties to the coal, oil and gas industries and concerns about the speed of Biden's planned emissions cuts, will oversee that part of the budget as chair of the Senate Energy and Natural Resources Committee. Manchin has emphasized using “all energy sources" as “cleanly as possible" and described the idea of eliminating fossil fuels as “very, very disturbing." He reportedly wants to lessen the proposed incentives and penalties for utilities, known as the Clean Electricity Payment Program, and reward companies for burning natural gas.