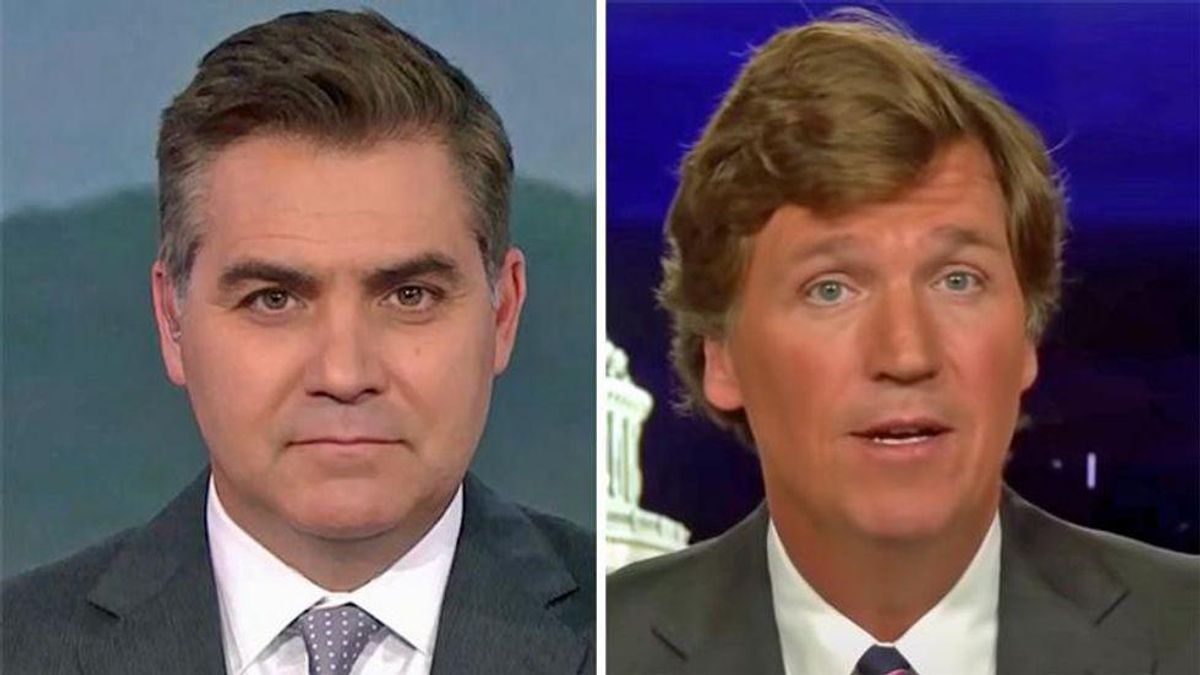 "Now, you may recall I recently described Fox News as 'The Bullsh*t Factory' in honor of its steady stream of bogus segments aimed at ginning up your outrage," he said. "But Tucker has really outdone himself this week. So I've decided to award Tucker with distinction of 'Bullsh*t Factory Employee of the Month.' Congrats, Tucker, you did it. Nobody bullsh*ts like you when it comes to the insurrection as good as you."

"Nobody does it as good as you, well, at least in the English language," he said, playing a clip of Vladimir Putin sounding just as deranged as a Fox News host.