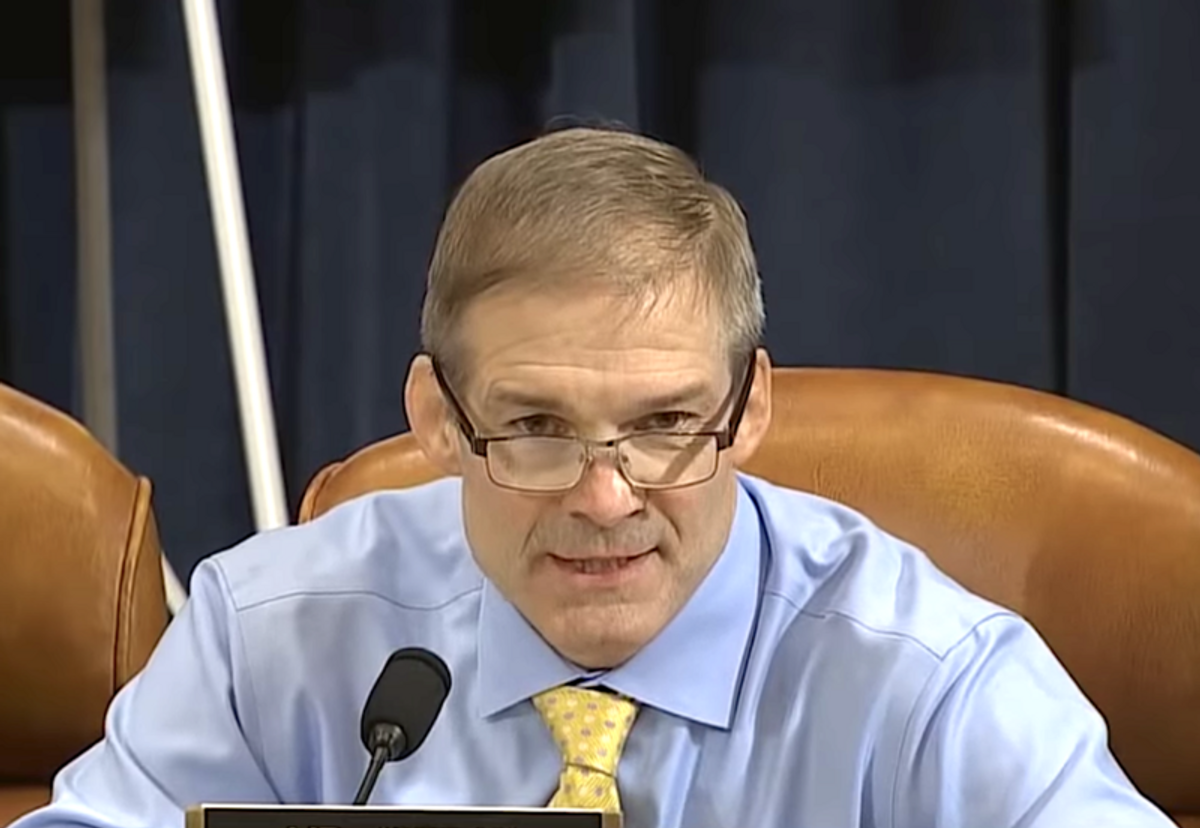 Rep. Jim Jordan (R-Ohio) found himself in the midst of a Twitter firestorm when he posed a mind-boggling question about the U.S. Capitol riots in former President Donald Trump's defense.

On Thursday, Jordan argued that Trump could not have been responsible for inciting the insurrection on the U.S. Capitol because it was pre-planned before Trump's "Save America" rally. He went on to highlight details about the disturbing evidence that suggests the riots were premeditated, HuffPost reports.

"How do you incite a riot that was already going to happen?" Jordan asked. "Pipe bombs were placed near the Capitol before President Trump's speech. -The FBI knew about potential violence before the speech. -Capitol Police requested help from the National Guard days before the speech."

Twitter users wasted no time firing back at Jordan. Almost immediately after Jordan tweeted his arguments, he was lambasted with a flood of fiery tweets.

Political blogger Greg Sargent described Jordan's tweet as "monumentally dumb," saying, "Hard to overstate how monumentally dumb this argument is. 1) Trump told them to "preplan" Jan 6 for weeks and weeks. He incited it on the day *and* in the weeks leading up to it. 2) Many rioters who "preplanned" said in their own words that Trump had told them to do it."

One Twitter user also wrote, "This is not as persuasive as you think at getting us to believe that Trump was trying to *avoid* violence when he told the crowd to go to the Capitol."

Another Twitter user recounted Trump's actions leading up to the deadly insurrection and how he laid the groundwork for the attack. Despite Jordan's arguments, the user reminded him that Trump's dangerous tweets and false claims about the election being stolen along with his rhetoric during the rally ultimately led to the riots.

"You tweet about it dozens of times for weeks and then tell the people that you're going with them to the Capitol when you're really going back to the White House to watch them attack Congress on TV?" another Twitter user wrote.

Others also fired back with interesting questions as they destroyed Jordan's defense.

So could the Capitol insurrection have occurred without Trump's influence? Georgetown University professor Don Moynihan dismantled that argument tweeting, "The House Managers have made an effective case that the origins of the attack were not on the day itself, but Trump's months-long Big Lie and call to fight, and summoning his supporters to DC on Jan 6th. Can anyone seriously believe the attack would have occurred without Trump?"