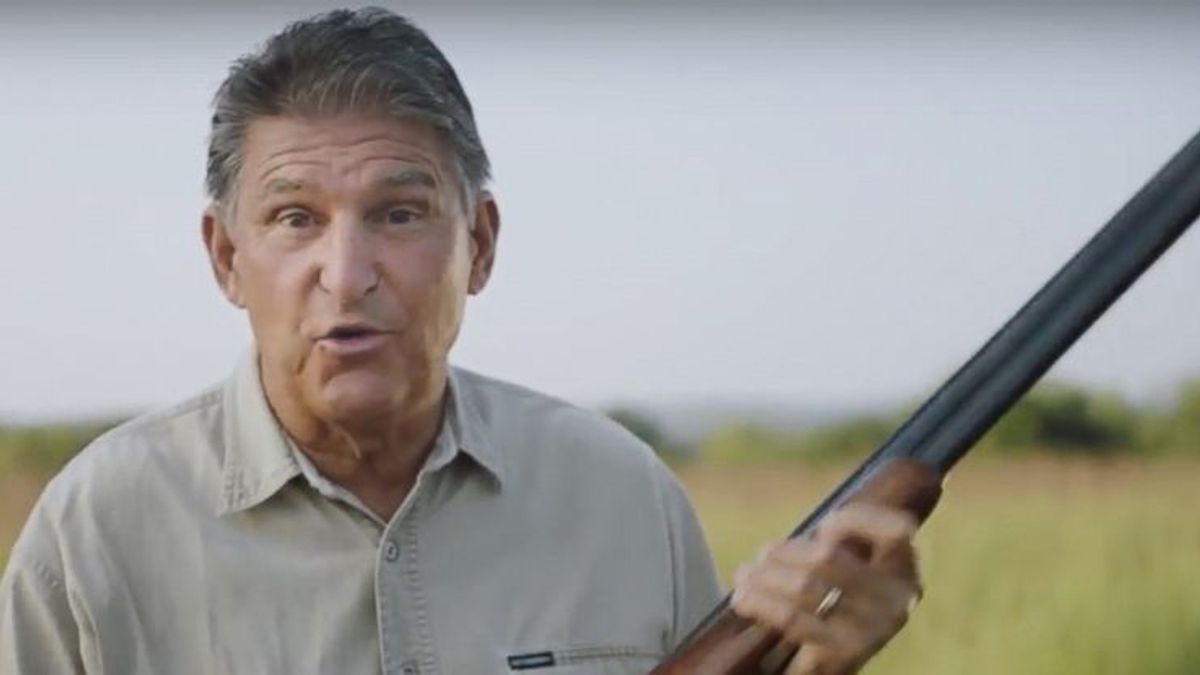 A lot of people aren't happy with Sen. Joe Manchin.

This shouldn't come as a surprise. As soon as it became clear that President Joe Biden's party would have the slimmest of majorities in a 50-50 Senate, the West Virginian Democrat was transformed into the most influential member of Congress. As the furthest right senator in the caucus from the reddest state of any Democrat, he is the most likely candidate to defect from any of the party's priorities.

Now, he's making trouble for all sides. His decision to come out against Neera Tanden, Biden's Office of Management and Budget nominee, over past mean tweets has threatened to sink her, and many argue it displayed a sexist and perhaps racist double standard on his part. Tanden doesn't have many friends on the left wing of the party, but Manchin has wasted no time in alienating that faction, too, by opposing raising the minimum wage to $15 an hour. Depending on how negotiations with the Senate parliamentarian fall out, that position could put him on a collision course with Democratic Rep. Alexandria Ocasio-Cortez of New York in a stand-off over the COVID relief bill.

Manchin even seemed hesitant to support Deb Haaland as Biden's Interior secretary nominee, a favorite among progressives and a historic choice as the first Native American Cabinet pick, though he has since come around and offered his endorsement.

With all this drama over a single senator, some Democratic critics wonder whether Manchin is even any better for their party than a Republican like Maine Sen. Susan Collins.

But a revealing quote from Huffpost article a few weeks back, when it was less clear whether Manchin would be willing to support Biden's $1.9 trillion COVID relief bill, should provide an answer to any Democratic allies.

While he wouldn't say whether he supported using budget reconciliation to pass the bill, he repeatedly told reporters: "We're going to make Joe Biden successful."

It's likely the most important and informative thing he's said since Biden's election.

Because it's not always obvious what Manchin's motivation is. He has cast himself as a fierce defender of the filibuster, which usually requires 60 votes to pass legislation in the Senate, but his comments fail to make clear how much he really understands about its history or its effects. And while he's cast as a staunch partisan West Virginia, it's an open question how much these considerations drive his day-to-day choices. Do his home state voters really care about Neera Tanden's mean tweets? Why pick that hill to make a stand on over a Biden nominee?

Some argue that Manchin just likes being the center of attention, and being the pivotal senator in the Democratic caucus certainly accomplishes that aim. Or maybe he's just genuinely trying to do what he thinks is right from his perspective.

But we should probably take him at his word when he says that he wants to make Biden a successful president. That doesn't mean he won't give his party a lot of heartburn, and that doesn't mean he won't stand in the way of valuable goals Democrats would like to accomplish. He almost certainly will. But if he wanted to undermine Biden, the easiest way for him to do that would be to switch parties and make Mitch McConnell the Senate majority leader again. There's no sign that's happening, though. Love him or hate him, he's a Democrat, and that does mean something to him.

It should mean something to his critics, too. Manchin's most important vote for the Democrats is making Chuck Schumer majority leader, giving the party unified control of Congress. When Democrats are tempted to think Manchin isn't worth it, and he might as well join the GOP, they should imagine what it would be like if McConnell controlled which nominations and which bills got a vote on the Senate floor.

And they should also remember that when it comes to West Virginia, Democrats don't have a prayer for any senator better than Joe Manchin. The state voted for Trump over Biden by nearly 40 points in 2020. Manchin has only survived as a Democrat in the state at a time of increasing polarization because he's a skilled politician who knows his electorate and has built a durable and independent brand. It's quite likely that there's not a single Democrat alive other than Manchin himself who could win his seat.

And without that seat, Democrats would be in the minority. If they're frustrated that Manchin is the pivotal vote in the Senate, there's not really much use in getting mad at him. That would be like getting angry at the sea. Manchin doesn't care, and it won't change the way he votes. He's a West Virginian force of nature. The only hope Democrats have of ending their reliance on Manchin's approval is to elect more Democrats to the Senate in seats currently held by Republicans.

If Manchin makes them mad, that's where they should put their energy.