Biden official shuts down Lauren Boebert: 'That's not a question with an assumption I'm going to assume' 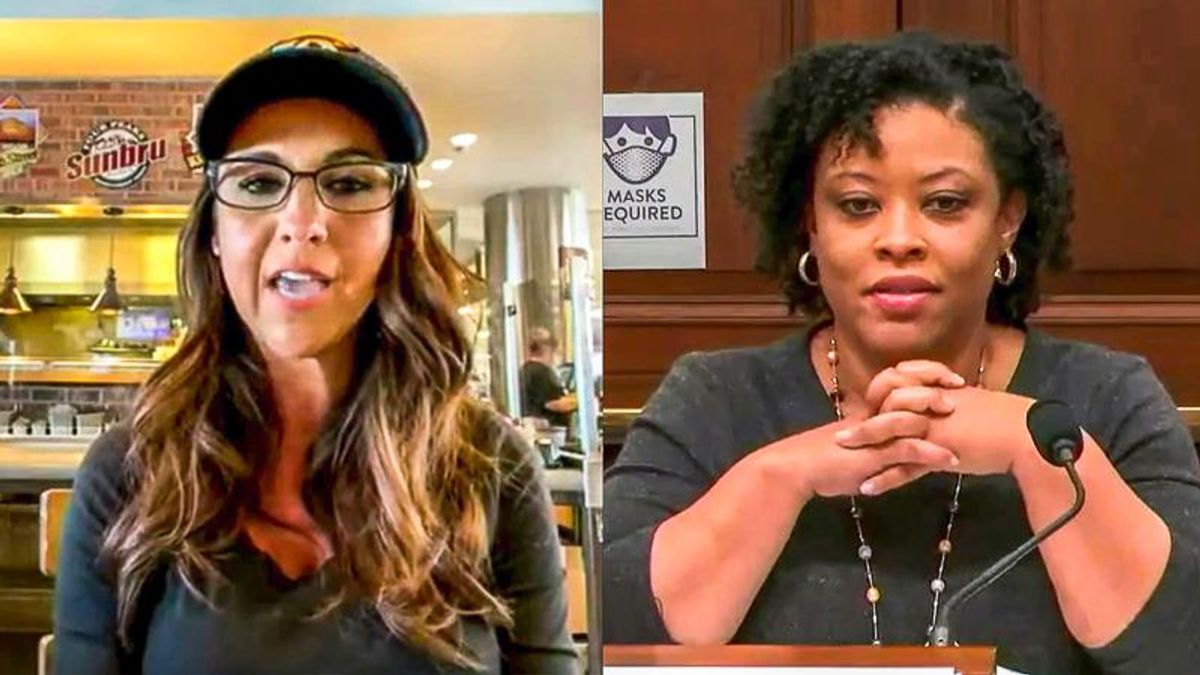 Acting White House Budget Director Shalanda Young on Wednesday refused to recognize a question from Rep. Lauren Boebert (R-CO) because it assumed that the Biden administration had ceded control of the southern border to Mexican cartels.

Boebert asked the question during a House Budget Committee hearing.

"How long will you be ceding the southern border to the cartels?" she wondered.

Young responded by pointing out that the Trump administration had diverted funds from the U.S. military to use for border control.

"We are returning the billions of dollars that were taken from our men and women and troops in uniform for the southern border work," she explained. "So this administration is returning Department of Defense money that bipartisan members decried."

"Reclaiming my time!" Boebert exclaimed. "We're not talking about the funding that was taken away. Right now, we are paying contractors to not build [the border wall]. I asked you how long will you be ceding the southern border to the cartels? That is my question to you, Director."

"Given the bipartisan concern, I thought it was important to highlight that," Young replied. "And to also highlight that we are moving away from an unsustainable border wall that has not worked to technology -- as you pointed out..."

"Reclaiming my time!" Boebert interrupted. "I need you to answer the question that I'm asking you. This is my time. How long will you be ceding our southern border to the cartels?"

"That's not a question with an assumption I'm going to assume," Young stated. "So we can certainly talk about the reassessment of the border."

"My time is up!" Boebert said.