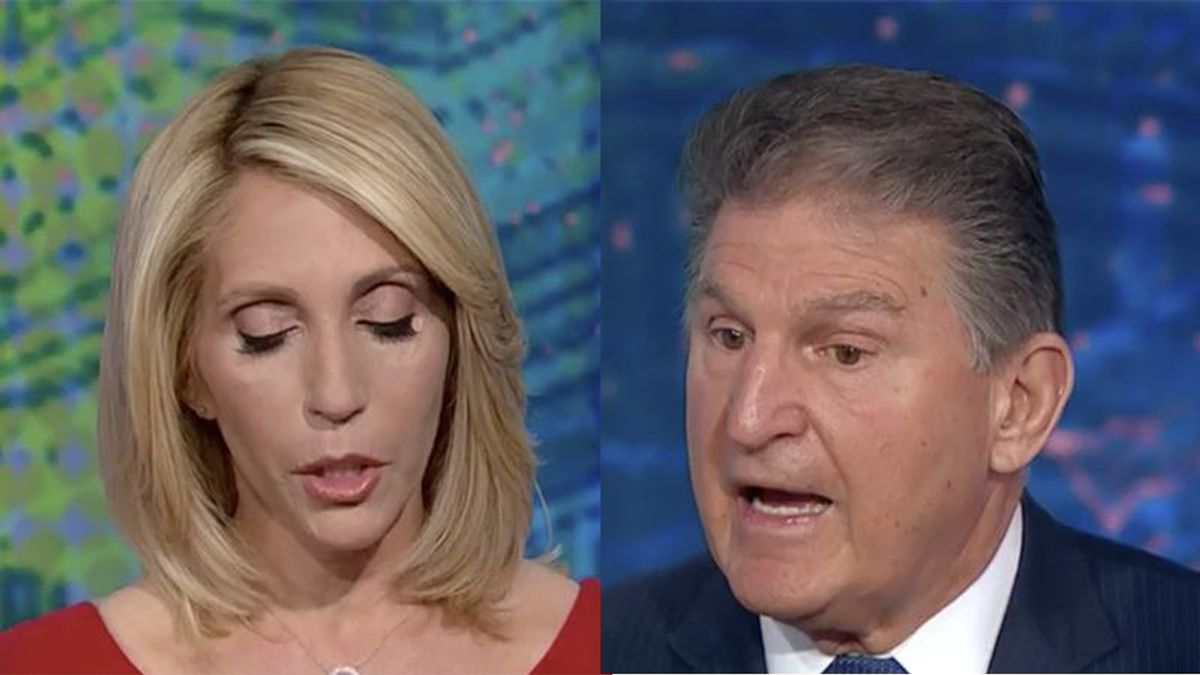 On Sunday morning, CNN "State of the Union" host Dana Bash confronted Sen. Joe Manchin with comments from fellow Democrats who are concerned that the West Virginia lawmaker is making their job harder by acting as a "roadblock" to President Joe Biden's agenda and that it would hurt the party in the 2022 midterms.

"I talked to Democrats who tell me the reason President Biden's ambitious agenda is so big and so bold is because they understand history, and history shows that the president's party, if they have majorities in Congress as he does, often time lose that in the midterm elections, and that's why they have a small window to get things done, they believe is possible," Bash began. "So they believe that you're one of the main roadblocks on getting those goals accomplished. How do you respond to that?"

"I'm not a roadblock at all," Manchin insisted. "The best politics is good government. I can't believe that people believe that, if you just do it my way, that will give us the momentum to get through the next election. But when you do something that everyone tags onto, and I've seen good things happen that people voted against it, took credit for when they went back on."

"We won't give this system a chance to work," he continued. "I am not going to be part of blowing up this Senate of ours or basically this democracy of ours or the republic that we have>"