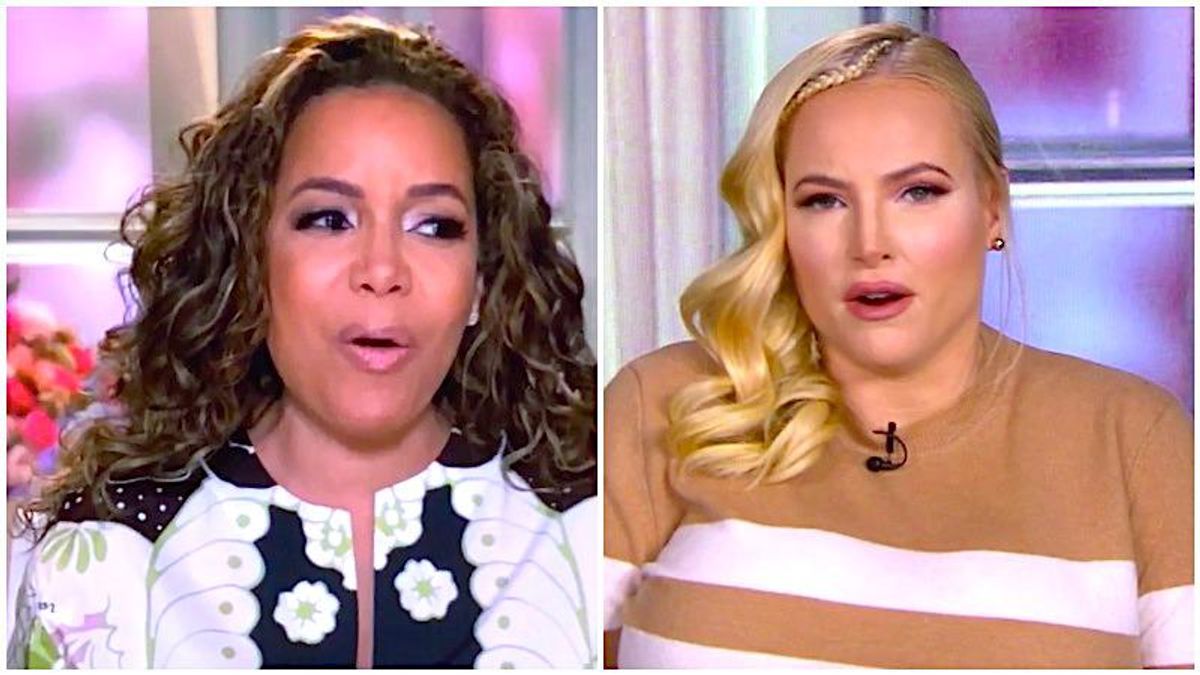 "The View" panelists ganged up on Rep. Marjorie Taylor Greene after she mocked a colleague's transgender child.

The newly elected Georgia Republican placed a transphobic sign -- "There are TWO genders: Male & Female. Trust The Science!" -- outside the Capitol office door of Rep. Marie Newman (D-IL), whose daughter is transgender, as part of an ongoing dispute over the Equality Act granting stronger LBGTQ protections.

"We had this discussion, Joy, earlier this week about happiness in children," said Sunny Hostin to co-host Joy Behar, "and I remember you telling me that parents are generally as happy as their least happy child, and I always think that when my children aren't happy, I am devastated. right? I have a visceral reaction to anyone that hurts my child. I feel their pain, and I start to think, what happened to that type of empathy between mothers that generally we really do have, and Marjorie Taylor Greene, she knows that her colleague has a transgender child, and even if you don't agree with whatever you don't agree with, why would you taunt a mother? I immediately thought, you know, what a terrible, terrible display for a colleague, for a mother."

Behar agreed, and wondered whether Greene -- a mother of three -- lacked that ability.

"Some people are just not cut out -- they don't have that maternal feeling, I guess," Behar said.

Co-host Meghan McCain wondered why Greene was even serving in Congress.

"Look, Marjorie Taylor Greene is like a Twitter troll come to life," she said. "I hate theatrics in politics. I hate people that go to Congress and have no respect for their colleagues on the other side, and clearly don't want to make any kind of real change. It's just very disheartening and sad to see on a just strictly political level. Committees take place for a reason, and Republicans and Democrats should be meeting together, meeting in the middle and having conversations for the good of the American public, and I think what's so sad to see is we're sitting in a place where Marjorie Taylor Greene are doing it for the clicks and not doing it for any other reasons."